Now playing at a plus-size multiplex near you... 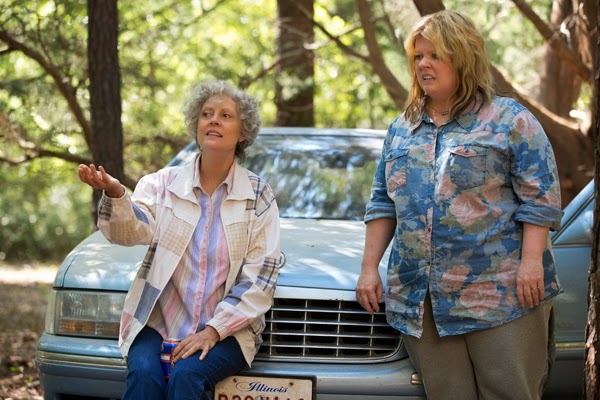 Although she’s been in mostly mediocre movies, Melissa McCarthy is one of the funniest people on the planet. I’ve witnessed McCarthy’s blustery brand of in your face humor eliciting loud, pure laughter from audiences throughout such throwaway comedies as IDENTITY THIEF and last summer’s THE HEAT (both huge hits), and her commitment to even the stupidest of sketches has made her hosting stints on Saturday Night Live into events.

But even with the low expectations I had going into her latest lowbrow lark, I felt largely let down.

TAMMY, the dream project of McCarthy and her husband Ben Falcone (best known as the Air Marshall in BRIDESMAIDS), who co-wrote and directed, is about a white trashy loser who after getting fired from her job, and finding out her husband has been cheating, goes on a cross country road trip with her grandmother (Susan Sarandon).

Since we’ve got Sarandon’s presence in a summer road-trip scenario involving a robbery and some tawdry living, let’s consider it THELMA AND LOUISE, just not with Louise or the cultural significance.

McCarthy collides with a deer, and totals her car, but, as if to show us she’s got a heart, she attempts to give the wounded animal CPR. Next, our mess of a heroine gets fired from her crappy job by her slimy boss (Falcone), then comes home to find hubby Nat Faxon having an elegant dinner with Toni Collette as his neighbor mistress.

McCarthy packs her things and walks three houses down to mother Allison Janney’s house (everybody lives on the same street, which is fairly funny) where she decides to up and leave town with the boozing Sarandon, as her grandmother has a car and lots of cash, to go visit Niagara Falls.

McCarthy and Sarandon drink heavily (while driving), McCarthy gets in a jet skiing accident, and they hook-up with Gary Cole and Mark Duplass as father and son at a Louisiana bar. Well, actually, Sarandon hooks up with Cole, but McCarthy comes on a bit strong and scares off Duplass.

More drunken mischief, and a bag of illegal oxycontin, lands the duo in jail with only enough money to bail out McCarthy, so she turns to crime in the form of robbing a “TopperJacks” in order to get the money. 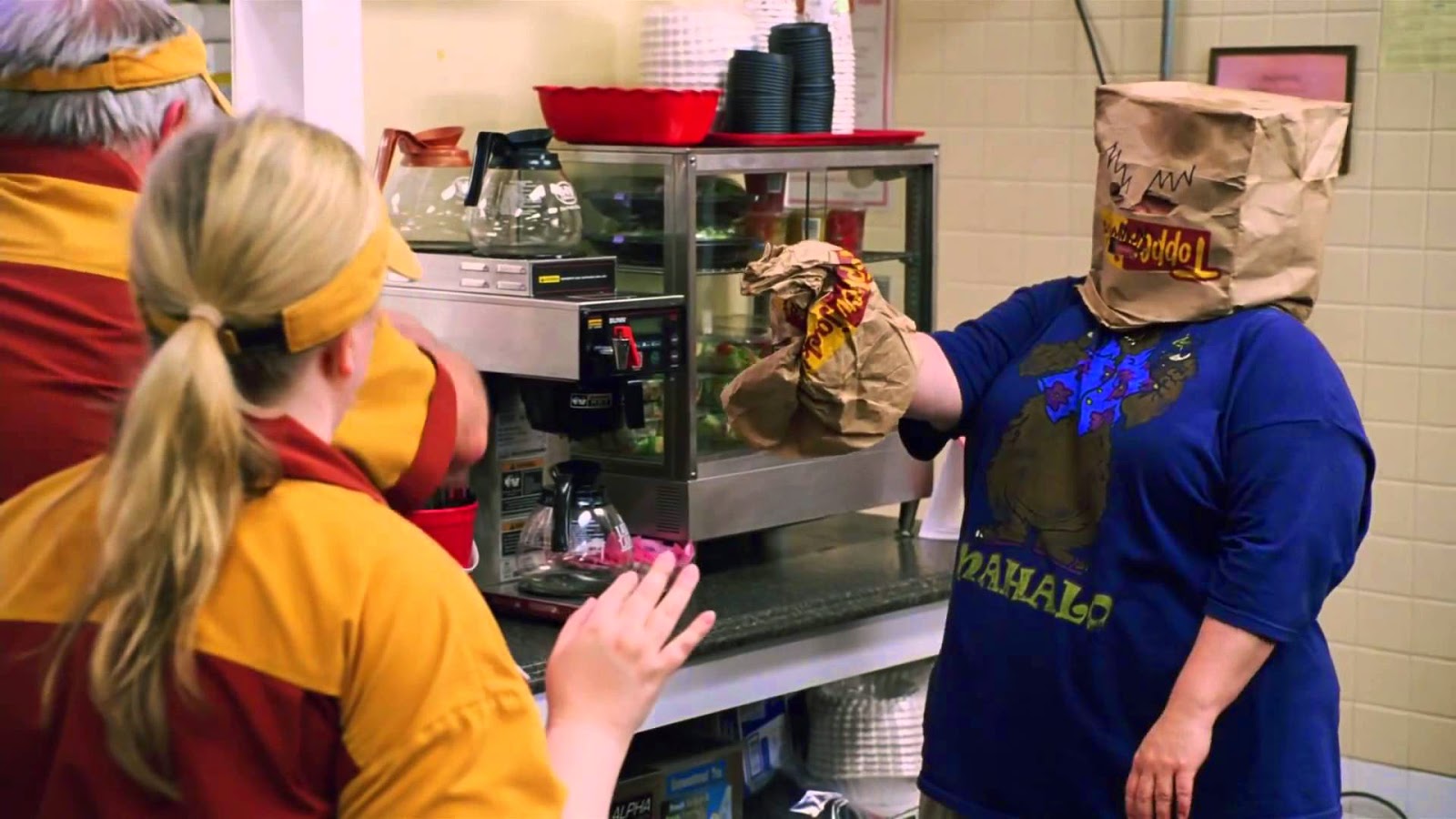 The hold-up set piece, with McCarthy sporting a bag on her head while she clutches her sunglasses wrapped up in another bag to resemble a gun, is for sure the funniest part of the film, no small thanks to the exchanges with the place’s employees Sara Baker (who made a bit of splash recently on Louie), and Rich Williams (guitarist for the band Kansas).

After that slowly heads downhill despite the always welcome Kathy Bates popping up as an old friend of Sarandon’s who’s hosting a lesbian Fourth of July party with her girlfriend Sandra Oh, who I can’t remember having a significant line or moment in the movie. Same thing could be said for Colette and Janney, come to think of it.

At least Dan Aykroyd as McCarthy’s father who comes in towards the end makes more of an impression.

TAMMY feels like a slapdash affair, even though McCarthy and Falcone worked on it for several years. I can’t say I didn’t laugh at TAMMY, but the film has way less than a third of the laughs that 22 JUMP STREET had.

A lot of gags are lazy, and depend on the lead character’s stupidity like a bit about not knowing who Mark Twain was, or cursing the price of gasoline with the obvious and overdone line “Thanks, Obamacare!”

And in the emotional resonance department, the realizations and lessons about family learned just seem like standard sitcom connections.

Still, TAMMY will most likely conquer the box office this fourth of July holiday weekend. I felt such a warmth towards McCarthy at the preview screening I attended, and I think it’s because many Americans really relate and see themselves in her. That’s especially true here in the south where the film was largely shot.

But the way TAMMY most resembles America is that with this much potential, it really should be better than it is.