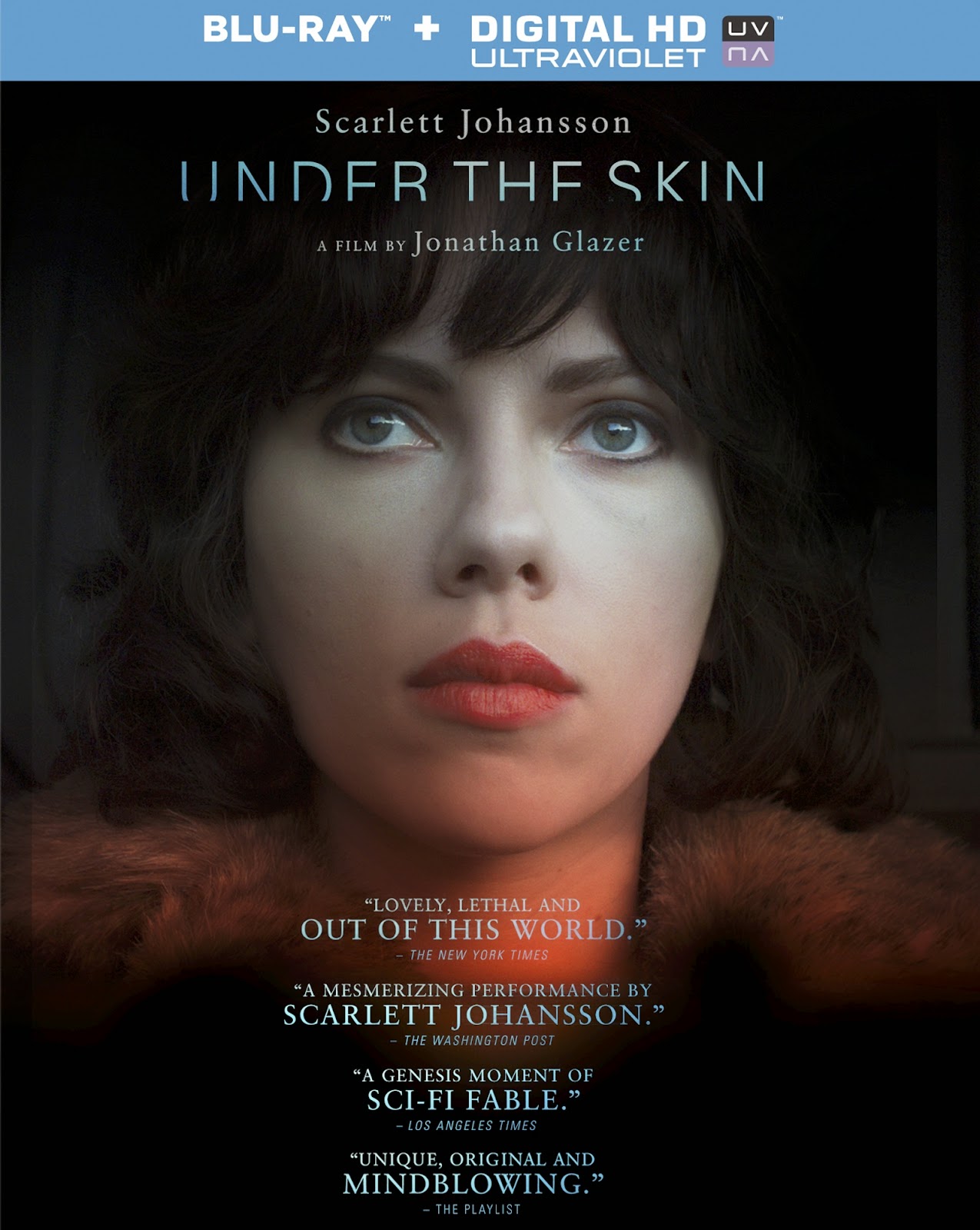 This is for sure the weirdest film I’ve seen so far this year. That’s not necessarily a bad thing as this moody British produced sci-fi thriller, out today on Blu ray and DVD, certainly has its mesmerizing moments.

See if you can follow this – Scarlett Johansson portrays an extraterrestrial who has taken human form to drive around Scotland in a white van trying to pick up young men. Actually she’s abducting them in a most peculiar and exceedingly surreal manner.

Johansson leads them into a pitch black room, where she walks into the infinite darkness discarding her clothing, while her prey does the same (yes, there’s full frontal). The excited victims completely sink into the shiny black floor as they walk towards her, then she walks back over the surface picking up her individual garments.

Outside of that ritual, our alien protagonist kills a man with a rock to the head at the beach, which leaves behind a baby to crawl and cry on the rocks in a very sad shot.

About an hour into the film, which is based on a 2000 novel by Michael Faber, Johansson picks up a man with a deformed face (no prosthetics were used – actor Adam Pearson suffers from facial neurofibromatosis). Pearson is somewhat resistant to Johansson’s advances but still goes along with it, but for some reason she lets him escape to make his way naked across the Scottish countryside.

Hardcore Johansson fans will be delighted to get a lot of intense face-time with the actress, with her wide eyes peering out from under her black bangs, though even they may think a scene where she stares at her reflection in a dirty mirror goes on too long. 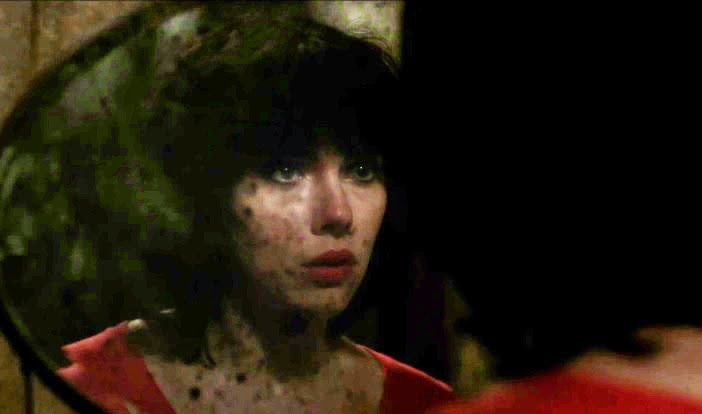 Johansson often lingers unemotionally starring into space, or maybe she’s taking in the strange-to-her surroundings. It’s the odd film that stops to take a look around every now and then.

There’s another alien played by championship motorcyclist Jeremy McWilliams, who the film regularly cuts to biking around the Highlands keeping tabs on Johansson.

However, it takes some tasty chances in its pacing, minimalist use of dialogue, and intriguing visuals. It’s definitely more memorable than most movies out there and, for better or worse, its imagery can never be unseen.

Next week, Johansson will star in another sci-fi film by a foreign director, Luc Besson’s LUCY (opening on July 25th), one of the few summer films I’m really looking for to. That’s gonna be more on the action side, so think of UNDER THE SKIN if you're looking to see the lady in something slower and artsier as a warm-up.