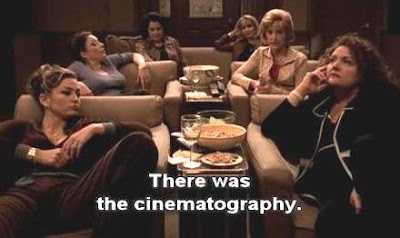 I have long been amused when a character in a television show gives their opinion about a popular movie – sometimes while the film is still playing in theaters. In many cases, the criticisms echo those of many people in the audience, which helps to blur the line between fantasy and reality.
On the NBC sitcom, Community, Annie (Alison Brie) gives her study group friend Abed (Danny Pudi) DVDs of three of the Indiana Jones movies because, as both say in unity, “The fourth one blows!” This is a sentiment that both holds consensus in the show’s world, and the real one’s - especially the online community.

Community (now streaming on Netflix) was full of such moments in which pat put downs of many movies were offered (see Den of Geek’s The 68 Movie References in Community), and the same goes for such shows as The Simpsons, Big Bang Theory, Rick & Morty, and countless other pop culture-minded programs.

But here I wanted to look at the shows that have character’s point of views on certain movies come up more organically – for the most part. 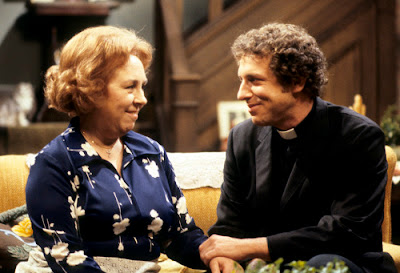 The first such moment of movie appraisal that I remember noting was from the late ‘70s to early ‘80s soap opera satire, Soap. In an episode towards the end of the first season (airdate: March 14, 1978), a character named Flo Flotsky, played by television veteran Doris Roberts, perhaps best known for her role as Ray Romano’s mother in the CBS sitcom Everyone Loves Raymond, deflects from her son, Father Tim Flotsky (sal Viscuso), telling her he’s fallen in love with Corine (Diana Conova) by spouting out her critique of the massively popular space epic that was still reigning at the box office when the episode aired:

Flo Flotsky: “Y’know I finally saw that ‘Star Wars’ movie they’re all ravin’ about. I dunno. In my day if they had a leading man it was Clark Gable. Today they got a little machine that goes ‘boop.’ I mean, frankly, I could have stayed home and looked at my upright vacuum cleaner.”

Later, another shot at a mega movie hit, happened during the last season of the NBC show Seinfeld (a mega hit itself) that was broadcast on March 19, 1998. Like STAR WARS, TITANIC was still in theaters when this exchange took place:

Jerry (Jerry Seinfeld): “And a bit of a tramp if you ask me.”

In the episode “The Rat Pack” from The Sopranos’ fifth season (broadcast: March 14, 2005), most of the female contingent of the cast gather for a Film Club night in which they watch Orson Welles’ CITIZEN KANE. Carmela (Edie Falco) hosts the screening, which takes place in the family’s swanky viewing room, and even reads aloud from Leonard Maltin’s review of the film from one of his yearly guides before it begins.

After they watch the film, the reactions from Carmela and her fellow mob wife group members are priceless:

Adriana (Drea de Matteo): “So it was a sled, huh? He should’ve told somebody.”

Gabriella Dante (Maureen Van Zandt): “I think it’s fascinating that man had all that stuff, but he died alone with nothing and nobody.”

Rosalie Aprile (Sharon Angela): “I hated it. ‘You supply the war, I’ll supply the headlines.’ How conceited.”

Following these comments, the ladies run out of things to say except to briefly compliment the cinematography (“That was very good”) so they fall back into their regular gossiping. The show never reveals whether they have another Film Club, but my guess would be that it was a one-time thing. 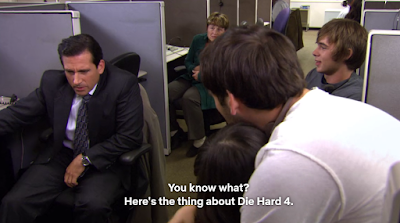 While The Office US (2005-2013) regularly highlighted the absurd, insensitive, and just plain wrong utterances of its protagonist Michael Scott (Steve Carrell), every now and then the character would say something that was actually on point. One such moment was when he shared his thoughts on the fourth entry in the DIE HARD franchise (LIVE FREE AND DIE HARD):

Michael: “You know what, here’s the thing about ‘Die Hard 4.’ ‘Die Hard 1,’ the original, John McClane was just this normal guy. You know, he’s just a normal New York City cop, who gets his feet cut, and gets beat up. But he’s an everyday guy. In ‘Die Hard 4,’ he is jumping a motorcycle into a helicopter. In air. You know? He’s invincible. It just sort of lost what ‘Die Hard’ was. It’s not ‘Terminator.’”

Following this, one of his co-workers says “Dude, you should review movies.” Yeah, maybe he should. 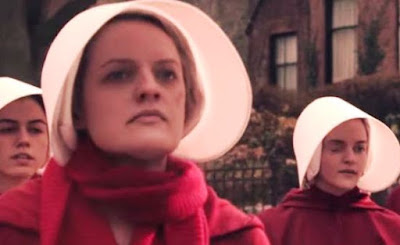 Janine: “You’ll probably get to the cool part soon - the baby’s foot pushes out of your stomach, like in ‘Alien.’ (laughs) Charlotte used to do that all the time. (awkward pause) You haven’t seen ‘Alien’?”

June: “I just thought the sequel was better.”

These are just several instances of TV characters giving us film critiques, I know there are hundreds, and as the Part 1 implies I’ll be posting more, so if you know of any please place them in the comments below or email them me via the address above on the right.

So I’ll leave you now with this quote from Seinfeld, where the STAR TREK movies frequently came up. Jerry on STAR TREK II: THE WRATH OF KHAN: “Well, it was the best of those movies.”