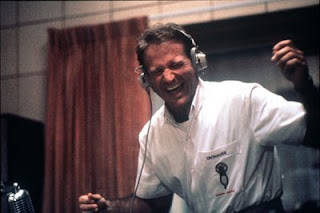 Film Babble Blog is back! Not to piss on AFI'S 100 YEARS...100 SONGS - I mean they have a fine list of songs that enhanced many a classic film - but I wanted to draw attention to the tunes that have cheapened many movies.

Not to say these are all bad songs, no, many are classics, it's just how they've been used over and over to manipulate the viewer to a certain mood. As you look it over I think you'll recall not just the movie or song you'll also recall the emotion, era, or spirit they're trying to evoke. So here's:

1.“I Got You” - James Brown: It seems to have started with its use in Barry Levinson's Robin Williams vehicle GOOD MORNING VIETNAM. Since then, the JB standard has popped up in such films as WHO'S HARRY CRUMB, WHITE MEN CAN'T JUMP, THE NUTTY PROFESSOR, DOCTOR DOOLITTLE, MY FAVORITE MARTIAN, JULIEN DONKEY BOY, RIDING IN THE CAR WITH BOYS, DODGEBALL, and GARFIELD. Also dozens of TV shows.

2.“Walking On Sunshine” - Katrina & The Waves: I won't list all the times this been to go-to for feel good movie magic, but I'll just say that I can't hear it without thinking of Michael J. Fox maneuvering through a primo '80s montage in SECRET OF MY SUCCESS.

3.“Bad To The Bone” - George Thorogood: Most folks think it was TERMINATOR 2 in 1991, but this song made its film debut in Oliver Stone's TALK RADIO (1988). Since TERMINATOR 2 it's mainly been used ironically (See: PROBLEM CHILD 2, THE PARENT TRAP, 3000 MILES TO GRACELANED, or, rather, don't see them). 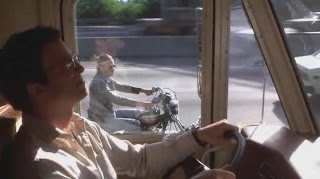 4. “Born To Be Wild” - Steppenwolf: Way too many to list, but many of the movies obviously pick the track to recall its first and best use in Dennis Hopper's 1969 counter culture classic EASY RIDER. My favorite is when Albert Brooks blares it when driving his RV out of Los Angeles in his hilarious 1985 comedy LOST IN AMERICA. Brooks gives a biker a "thumbs up" and gets flipped the bird in response. Gets a laugh out of me every time.

5. “Over the Rainbow”/”What a Wonderful World” – Various versions of both of these songs have been in countless movies, but the extreme overuse of Israel Kamakawiwo`ole’s medley of them together is getting unbearable. I wish that its last use, in the lame Adam Sandler/Drew Barrymore rom com 50 FIRST DATES, was its last use, but I have a feeling it’ll be around for a long time.

11. “Time Of The Season” - The Zombies: This is one of many songs on this list that film-makers use to immediately evoke the ‘60's. Notable uses: AWAKENINGS, 1969, AUSTIN POWERS: THE SPY WHO SHAGGED ME, SHANGHAI NIGHTS, and too many more to mention.

13. “Dream Weaver” - Gary Wright: Two of the titles that used or mis-used this tune were DADDY DAY CARE and WAYNE'S WORLD. 'Nuff said. 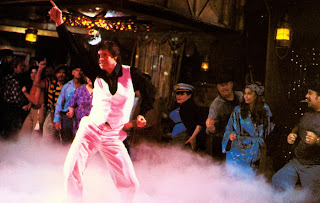 14. “Staying Alive” - The Bee Gees: Of course, SATURDAY NIGHT FEVER and its sequel (of course called STAYING ALIVE) but also AIRPLANE!, and many other disco-era sequences that came about in the ‘70s resurgence of popularity of the dance music genre in the ‘90s.

15. “Tracks Of My Tears” - Smokey Robinson and the Miracles: PLATOON and THE BIG CHILL are the most notable films but the song also appears on the soundtracks for the TV shows The Wonder Years and ER.

16. “Surrender” - Cheap Trick: Matt Dillon's first film OVER THE EDGE used Cheap Trick, the Cars, and even Little Feat to make it's track housing teen rebellion point. It's use in DETROIT CITY ROCKS and FAST TIMES AT RIDGEMONT HIGH hammers home that same point but its appearance in SMALL SOLDIERS AND DADDY DAY CARE does not.

20. “Sweet Home Alabama” - Lynyrd Skynyrd: When the song title becomes a movie title, like it did two years back for a Resse Witherspoon rom com, it really should be retired. Yep, again I dream.


At the end of last week, the legendary Marlon Brando died of pulmonary fibrosis in a Los Angeles hospital. In tribute here are 10 major moments that feature the method acting icon at his most memorable in the movies: 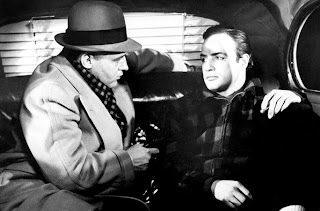 1. “You don't understand. I coulda had class. I coulda been a contender. I coulda been somebody, instead of a bum, which is what I am, let's face it. It was you, Charley.” - Terry Malloy as written by Elia Kazan. ON THE WATERFRONT (1954) 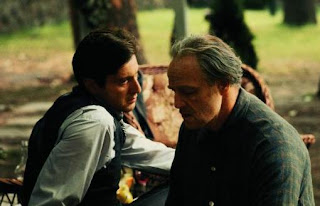 2. “I never wanted this for you. I work my whole life - I don't apologize - to take care of my family, and I refused to be a fool, dancing on the string held by all those big shots. I don't apologize, that's my life, but I thought that, that when it was your time, that you would be the one to hold the string. Senator Corleone; Governor Corleone. Well, it wasn't enough time, Michael.” - Don Vito Corleone, written by Mario Puzo, in THE GODFATHER (1972).

5. “It is forbidden for you to interfere in human destiny” - Jor El written by Mario Puz. SUPERMAN: THE MOVIE (1979).

7. “I believe I did what honour dictated and that belief sustains me, except for a slight desire to be dead which I'm sure will pass.” - 1st Lt. Fletcher Christian (Brando) in MUTINY ON THE BOUNTY (1962). 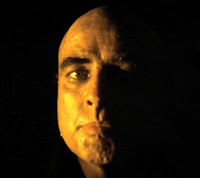 9. “Even if a husband lives 200 hundred fucking years, he'll never discover his wife's true nature. I may be able to understand the secrets of the universe, but... I'll never understand the truth about you. Never.” - Paul in LAST TANGO IN PARIS (1972). 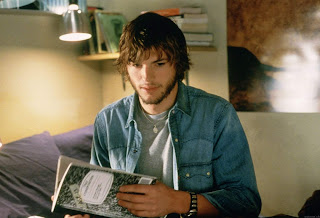 But that’s the least of our worries with this contrived derivative nonsense from the fellows who brought us the FINAL DESTINATION films. The plot is too ridiculous to go into at any length, so simply it's a story about a guy who travels back and forth through time to try and fix the circumstances surrounding a traumatic childhood incident so that the present day outcome is A-okay.

Kutcher, as a college student who suffers from migraine-like seizures, achieves this amazing feat somehow by concentration on reading old journals (I guess like Christopher Reeve used his mind to go back in time in SOMEWHERE IN TIME), and that’s just one of the hundreds of elements that don't work at all here.

The title refers to the standard chaos theory (also quoted by Jeff Goldblum in JURASSIC PARK) with the example of a butterfly gently flapping its wings in one part of the world, creating the potential for a monsoon somewhere else in the world, but that really has nothing to do with this story.

I mean, nothing in the world changes after the time warps except the lives of the microcosm of the handful of Kutcher’s friends. If he returned to the present to find that America had been taken over by some vast skinhead regime after a cold war attack in the ‘80s or some other world changing effect we might have something here. As such we've got nothing but yet another exercise in sci-fi stupidity.

Wish I could concentrate on my journal intensely enough to go back in time to not watch it.

Special Features: Longer Director's cut with deleted scenes and alternate ending incorporated, the featurettes “The Science and Psychology of the Chaos Theory” and “The History and Allure of Time Travel,” trailers, and Fact Track viewing option. 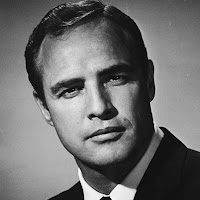 I’ve just learned the sad news that the great Marlon Brando has just passed away at age 80. Causes are unknown at this moment, but rumors of heart trouble are all over the internets.

The legendary actor, well regarded as one of the finest of the 20th Century, last acted in Frank Oz’s crime thriller THE SCORE in 2001.

Brando, a master of method acting, became a star for ruling the screen in Elia Kazan’s ‘50s classics STREETCAR NAMED DESIRE, and ON THE WATERFRONT, for which he won his first Academy Award. His comeback in the ‘70s with Francis Ford Coppola’s THE GODFATHER (2nd Oscar , boom!), and Bernardo Bertolucci’s LAST TANGO IN PARIS presented the public with an older fatter Brando much parodied by the likes of Saturday Night Live and Mad Magazine. 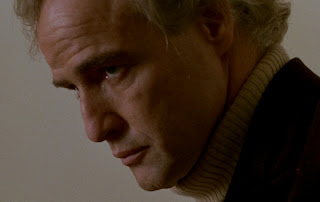 It goes to show how much of an influential icon Brando was by the mid '70s that a now classic episode of SNL had host Peter Boyle and cast member John Belushi trading off their best Brando impressions in the sketch “Dueling Brandos” to the accompaniment of the plucking banjo from DELIVERENCE.

Brando's extremely expensive glorified cameos in Richard Donner’s SUPERMAN and Coppola’s APOCALYPSE NOW made headlines about the man making millions for just minutes of work. The comic consensus was that he was walking through these roles with no prior research or care. It seemed like he wanted to just go live on an island somewhere. So that's just what he did.

The cartoonish image of a morbidly obese Brando going crazy living on a tropical island somewhere is one that sadly stuck. Even after he started doing movies again (THE FRESHMAN, A DRY WHITE SEASON, DON JUAN DEMARKO) he seemed to be phoning it in. 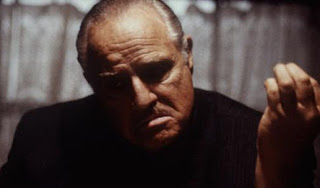 Acting did appear to be a serious craft to the man anymore. His half-assed screen presence broadcasted to even the cheap seats that his appearance was just for an occasional payday.

Brando’s role in John Frankenheimer’s THE ISLAND OF DR. MOREAU (1996) at least seemed more sincere because of course it was about going crazy living on an island somewhere! Still, the role won Brando a Razzie Award for Worst Supporting Actor so it was yet another indicator of how far the mighty one had fallen.

This glib blog is no place to go into the darker areas of Mr. Brando's life - this is a scribbling about the silver screen site not a tabloid trash forum - so for Marlon's sake we'll stick to babbling about just his movies. Coming soon: 10 Kick-Ass Brando Movie Moments.