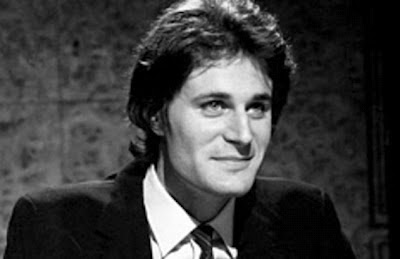 I just heard that former Saturday Night Live cast member Charles Rocket commited suicide by slitting his throat sometime in the last week or so.

You may not remember him - nobody I've spoken to today does - because he was in the first cast to replace the original Not-Ready-For-Prime-Time-Players when they departed after the 1979-80 season and those shows are almost never rerun.

Rocket and most of the cast and writers didn't make the whole season.

The shows were so bad - so unfunny and full of cringy moments and horrible attempts at off-color satire - they are now only note-worthy because they introduced little-used supporting player Eddie Murphy to the world.

Rocket was primed to be the heir to Chevy Chase-Bill Murray leading man status but his Weekend Update reports were seldom greeted with laughter and his smarminess was unbearable at times. The fatal blow to not just his SNL career but his career in general came when he said "fuck" on live TV.

It was in a DALLAS-style "who shot J.R." sketch and he pondered in awkward close-up "I'd like to know who the fuck did it." This got him and producer Jean Doumanian fired and pretty much cleaned the deck of what was SNL '80.

Now Rocket had some decent work after that - a part in DANCES WITH WOLVES, a gig as Bruce Willis's brother on the show MOONLIGHTING, and was Geena Davis's no good husband in EARTH GIRLS ARE EASY. Recently he had done mostly voice-work and bit parts on TV shows. I bet most people reading this still can't picture him. Even though he is a mere footnote, hardly a blip on the pop culture radar, I dedicate this film babble post to him. Lame gesture, I know, but it is all I got.

Last week this ancient Disney strip was making the internet rounds: http://www.barnaclepress.com/comics/archives/comedy/mickey_mouse/index.html (if the link doesn't work - try to cut and paste it on to your browser) This links to a series of strips from exactly 75 years ago (Oct. 8th, 1930 - Oct. 24th, 1930) depicting a heartbroken Mickey Mouse on the verge of taking his life.

Like many I was shocked that suicide was funny-paper fodder in 1930. Seeing the beloved children's cartoon character struggle through several supposedly comical attempts to off himself is unsettling to say the least.

The same link above has links to some Woody Allen cartoons too (yes there was a strip based on Allen's stand-up material that ran for a short time in the late 70's) - it is weird how it is Mickey not Woody who went through darker existential despair. Isn't it?

Anyway - I'll post about what this blog is supposed to be about - movies - later. Join me, won't you?