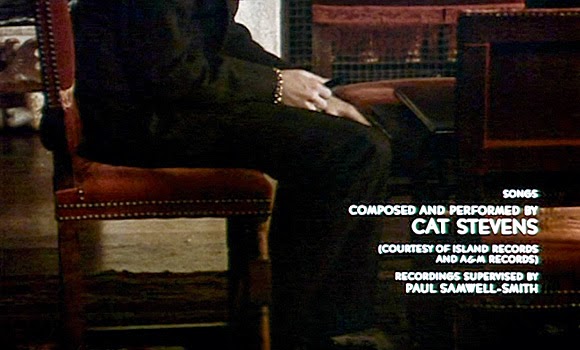 Yet again, I take another movie notable for its soundtrack, in this case Hal Ashby's 1971 classic HAROLD AND MAUDE, and give you a musical play by play:

This particular film, an all-time favorite of mine, is especially notable because it features just one artist (Cat Stevens) much like Mike Nichols’ THE GRADUATE had Simon and Garfunkel guiding the way through its narrative. For some reason, HAROLD AND MAUDE's excellent soundtrack wasn't released in America, but there was a 1972 Japanese release on A & M Records.

The film begins with Harold Chasen (Bud Cort) preparing to hang himself in the elegant din of his mother’s mansion.

With his face hidden from view, Harold puts on a record on an old-style phonograph. It is "Don't Be Shy" by Cat Stevens. As this a song not on any Cat Stevens record - written for the film no less - Harold is very privileged. Next up, "On The Road To Find Out" accompanies and introduces Harold's funeral fetish - we see him purchase a new hearse and attend a stranger's service at a large cemetery where he first takes note of Maude (Ruth Gordon) who's eating an apple.

Following that, "I Wish, I Wish" takes us from the film's first funeral scene to Harold screeching his hearse into the driveway of his family's mansion to the disapproving looks from his mother (Vivian Pickles) and her guests.

"Tchaikovsky Piano Concerto #1" (performer unknown according to IMDB) plays as another Haorld suicide attempt - drowning face down in a pool as his mother nonchalantly swims laps.

Stevens' stirring "Miles From Nowhere" sets another funeral scene - this one rain drenched. 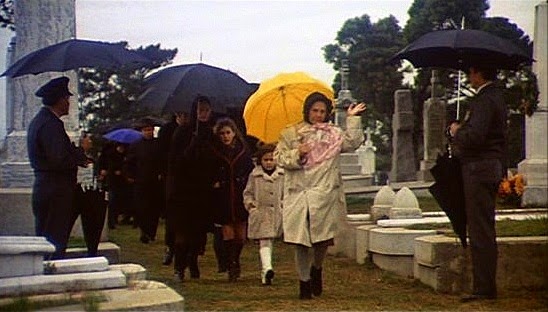 As that tune fades, the congregation exits the cemetery with Maude and her bright yellow umbrella leading the way while "Tea For The Tillerman" plays.

Another spiritual Stevens song - "I Think I See The Light" lifts us away from Harold's successful sabotage of his mother's dating set-up to Maude's artistic nude modeling. 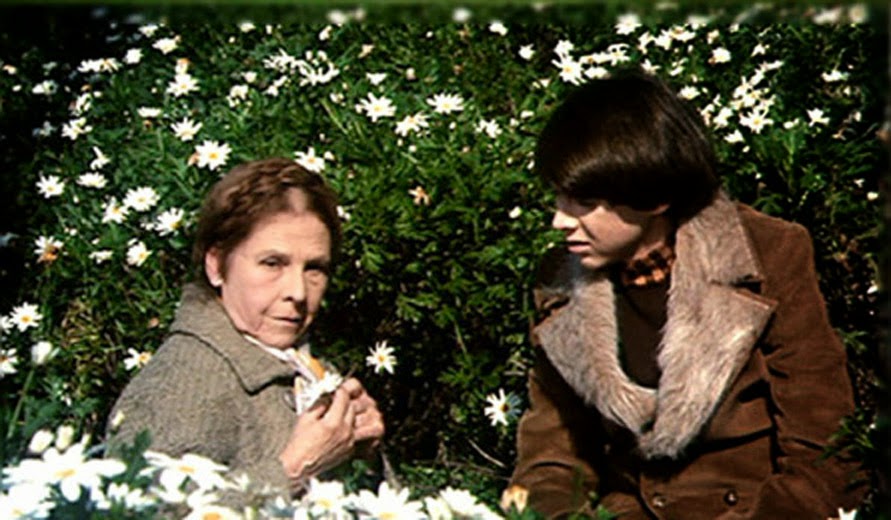 As Harold and Maude (Ruth Gordon) get acquainted "Where Do The Children Play" - another passionate Cat tune sets the tone.
Instrumental snatches from it play over the next few scenes.

Back at her place - after an emotional moment concerning Maude’s mysterious past our protagonists engage in a sing-a-long of “If You Want To Sing Out, Sing Out” on Maude’s player piano which amusingly plays after she gets up to dance. Like "Don't Be Shy" this song was written for the movie and is definitely its unofficial theme song. A piano version sans vocal decorates the next scene as Harold’s mother presents him with a new Jaguar.

Johann Strauss’s "On The Beautiful Blue Danube” (again, performer unknown) accompanies a sweet night time close dance by Harold and Maude again at her place. “If You Want To Sing Out…” again serenades our movie couple in a montage involving Harold’s Jaquar, which is now souped-up Hearse-style, tooling down roads through the countryside, our charming couple dancing and frolicking in the sun, then nicely concluding with a tender moment in a junk-yard at dusk.

The energetic jamming finish of "I Think I See The Light" which faded out earlier now emerges again to illustrate Harold's now consumated relationship with Maude.

In morning light coming through the window of Maude's abode Harold, in a love-daze blows bubbles while she sleeps. Another instrumental of "If You Want To Sing Out..." now played on a banjo punctuates Harolds confident walk away from his Mother's bedroom after telling her that he intends to marry Maude. 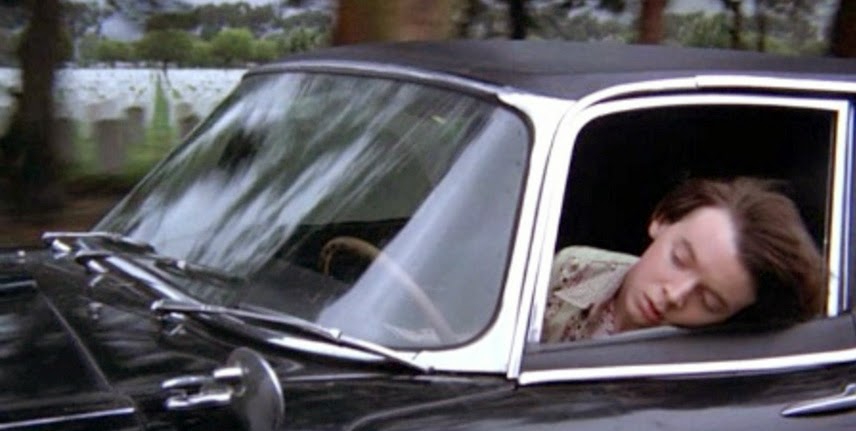 "Trouble" powerfully fills out the final sequence which cuts back and forth from Harold in Jaquar/Herse recklessly driving the winding roads of previous scenes and the ambulance drive and Maude's admittance to the hospital on the night of her death - unbearably untimely in Harold's eyes. 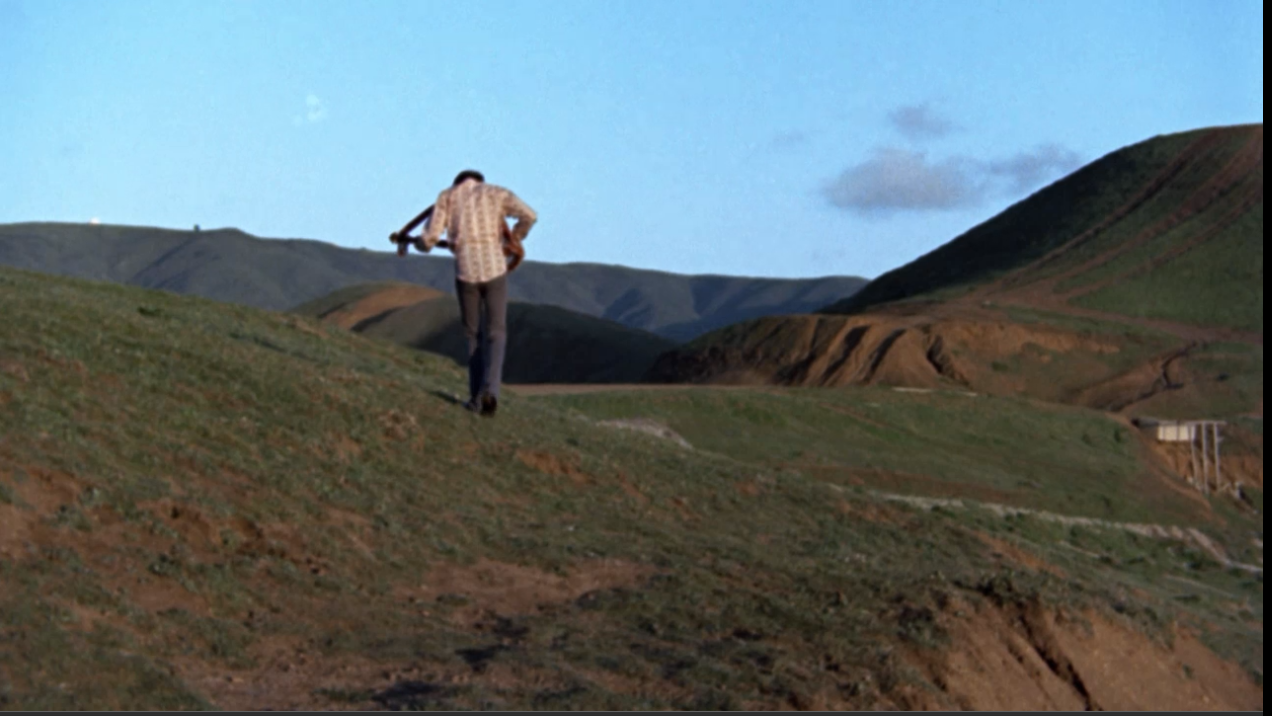 A reprise of “If You Want To Sing Out...” takes us through the end credits right after a now newly inspired Harold plucks a few chords on his Banjo - a gift from Maude - right after discarding the Herse/Jaquar - a gift from his mother - in a particularly dramatic fashion. 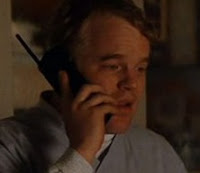 “I know it might sound ridiculous, like this is the scene of the movie where the guy tries to get a hold of the long lost son, you know, but this is that scene. This is that scene and I think that they have those scenes in movies because they really happen. And you've got to believe me, this is really happening.” 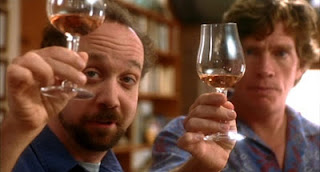 5 Near Misses (You know, 5 flicks that almost had the right stuff, but were misguided or mishandled or just planned missed something):

4. SKY CAPTAIN AND THE WORLD OF TOMORROW (Dir. Kerry Conran)