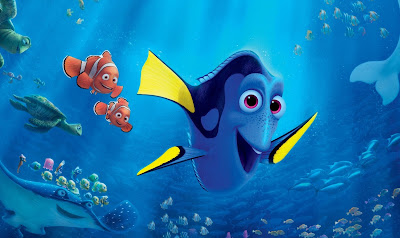 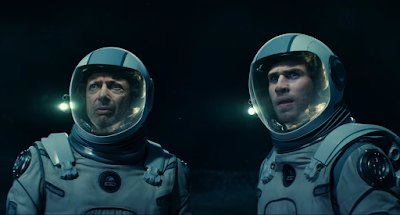 Film Babble Blog On Hiatus - Will Return In Late June 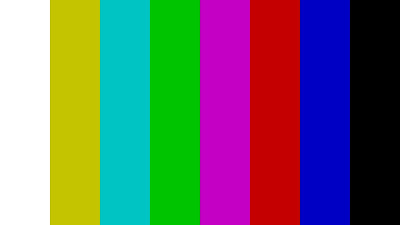 Film Babble Blog will be taking a hiatus for a summer vacation. Please check back in a few weeks for reviews of the latest summer movies and other whatnot. Please check out our archives (located on the right sidebar) in the meantime.

Opening today at a multiplex near us all: 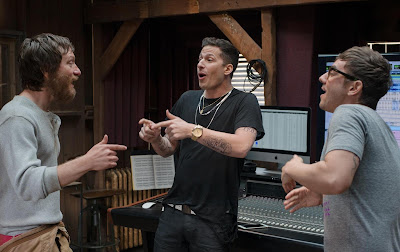 The first original feature film from the comedy trio The Lonely Island (Andy Samberg, Jorma Taccone, and Akiva Schaffer) who cut their teeth making over 100 Digital Shorts for Saturday Night Live, is the funniest musical mockumentary since THIS IS SPINAL TAP.

Mind you, the genre of musical mockumentaries isn’t very large, but the sheer volume of big laughs in POPSTAR: NEVER STOP NEVER STOPPING indeed makes it worthy enough to be compared to that highly acclaimed comedy classic.

Samberg stars as Conner4Real, a pop/rap superstar who was previously the front man for the hit group the Style Boyz, which included his childhood buddies Lawrence (Schaffer), and Owen (Taccone).

The band broke up after infighting led to a stage meltdown which resulted in Lawrence leaving to become a farmer, while Owen stayed on as Conner’s DJ/producer (which basically means he just has to press play on an iPod).

The film follows Conner on tour in support of his second solo album, Connquest, which is off to a shaky start because of bad reviews - Pitchfork gives it a negative 4.5, while Rolling Stone abandons their star rating system to give it a shit emoji, which Conner thinks is a misprint. The only good review our not-too-bright protagonist finds is from The Onion, which, of course, he doesn’t know is a satirical site.

Joining Conner and Owen on the road is Sarah Silverman as Conner’s publicist Paula, who has one of the film’s funniest lines: “I don’t listen to Conner’s music in my personal time, but he makes so many people so much money,” SNL veteran Tim Meadows, no stranger to pop parodies as he appeared as a band member in WALK HARD: THE DEWEY COX STORY, is on hand as Conner’s manager Harry, and Imogen Poots plays Conner’s girlfriend Ashley.

In true Spinal Tap style, the tour is beset with problems. Firstly, Conner’s promotional deal with Aquaspin, an appliance company that programs their products to play Conner’s new singles whenever the owner accesses them – i.e. music blares whenever people open their refrigerator, microwave, laundry machine, etc. – gets a lot of negative backlash – i.e. people smashing their appliances (this plays as a delicious send up of the debacle over U2's deal with Apple which had their last album uploaded on every iTunes user's playlists, but Taccone has said in interviews that they had written this storyline before that happened).

Then Conner gets hugely upstaged by his opening act, Chris Redd as the up-and-coming rapper Hunter the Hungry, who may be behind an ultra embarrassing wardrobe malfunction that makes Conner look like he has no genitalia – the movie’s Stonehenge perhaps.

In an attempt to put a positive story out into the nonstop negative news cycle, Conner stages a romantic proposal to Ashley involving a performance by Seal, and a pack of wolves, but somehow things don’t go as planned.

After this series of public humiliations, Conner has hit rock bottom and it looks like the only way to get back on top is to reunite with his former band mates for an awards show performance.

POPSTAR is stuffed with hysterical cameos by the likes of Samberg’s SNL pals like Bill Hader, Will Forte, Maya Rudolph, and Jimmy Fallon, as well as many big names from the music world such as Questlove, Mariah Carey, Snoop Dog, Adam Levine, 50 Cent, Nas, Usher, Pink, and even ex-Beatle Ringo Starr.

There’s also a scene stealing appearance by Justin Timberlake as Conner’s chef, and an uproarious satire of the tabloid TV show TMZ, called CMZ, which has Will Arnett, satirizing sleazy celebrity gossip monger host Harvey Levin, laughing, with a room full of snarky bloggers, including Eric André, Chelsea Peretti, and Mike Birbiglia, like maniacs at Conner’s every misstep.

There are very few gags that don’t land big in Sandberg and Co.’s terrific takedown of celebrity culture in the internet age. It feels like they might have taken the Monty Python route and cut everything that didn’t get a laugh in test screenings judging from the high ratio of screamingly successful jokes-per-minute on display. Even when I expected to cringe at the juvenile, crude humor bits like the aforementioned wardrobe malfunction and an extended flaccid penis rubbing up against a limo window gag, I ended up giggling my ass off.

A hilariously breezy piece of comedy gold that shines as bright as Conner’s bling-bling, POPSTAR is The Lonely Island’s greatest achievement. If you’re not a fan of their SNL Digital Shorts, or of Samberg’s shtick in general (including his Fox sitcom Brooklyn Nine-Nine, which I love), you may want to skip it, but if you are then you’re in for a very filling, and funny as f*** treat.