Blu Ray/DVD Review: Michael Fassbender Under The Mask As FRANK


Out today on Blu ray and DVD: 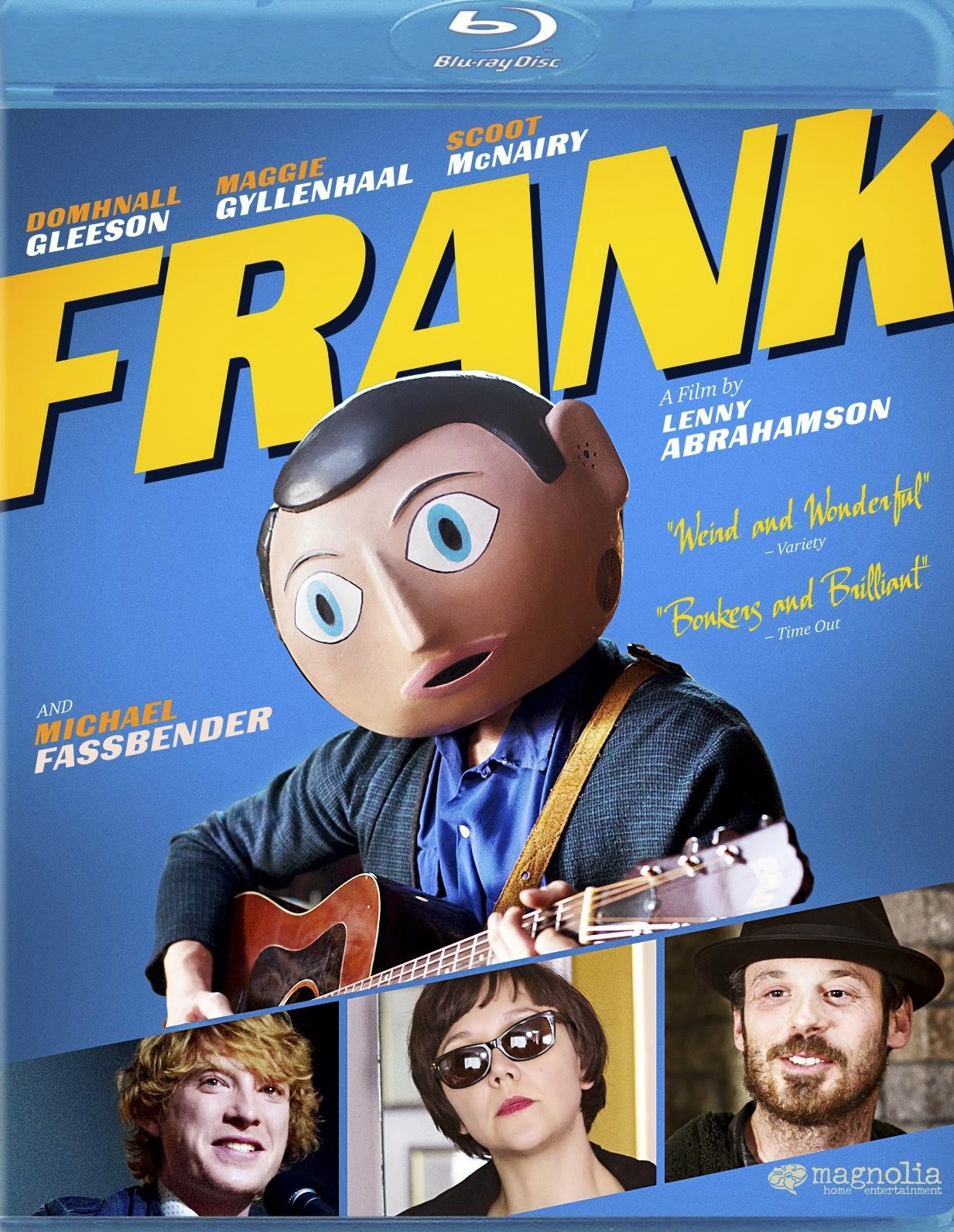 For a movie about a front man for an underground indie rock band who wears a large papier-mâché head at all times, Lenny Abrahamson’s fourth feature FRANK is actually pretty grounded.

Now, I won’t say whether or not the film’s Frank ever takes off the head, but I will venture that this wouldn’t be Mindy Kaling’s favorite Fassbender movie.

The real protagonist of the piece is Domhnall Gleeson as a somewhat awkward aspiring songwriter/keyboardist who joins “the Soronprfbs,” the unpronounceable name of Frank’s avant garde band project. Gleeson was recruited by the band’s manager (Scoot McNairy) after the previous keyboard player attempted suicide by drowning, so he may have bitten off more than he can chew.

Especially when Gleeson finds himself travelling with the band, that includes a deliciously surly Maggie Gyllenhaal on theremin, to a cabin out in the Irish countryside to record a album – a process that may take years. When Gleeson asks about the head, McNairy tells him that he’s “just gonna have to go with this.”

The experimental quintet, which also consists of Autolux/Jack White drummer Carla Azar, and French actor François Civil, spends their days finding inspiration in odd ways, designing new instruments out of household items, and adhering to a “strict regime of physical exercise” while Gleeson documents their activity via Twitter and YouTube videos.

This, of course, like in so many films from THE ROCKER to CHEF, leads to the band becoming an internet sensation and garnering an invite to play South By Southwest. Sure, the social media marketing angle may be in danger of becoming a cliché, but it still works well enough here.

Unfortunately it loses some of its steam in the aftermath of their disastrous appearance at the popular music festival in Austin, Texas, in which Fassbender’s Frank goes missing, but the film’s thematic arc about whether mental illness can equate creative genius brings itself back home satisfyingly.

It’s weird to say that this may be the Fassbender role that appeals to me the most, you know, because he’s wearing that weird big head with the creepy painted-on fake face. Yet when he, speaking in a sharp American accent, states his facial expressions (“flattered grin, followed by a bashful half smile”), and performs his music, which sounds like a mixture of Daniel Johnston and Magnetic Fields, with a bit of the Flaming Lips thrown in, his surprisingly punchy presence is something I can relate to more than, well, SHAME for one. 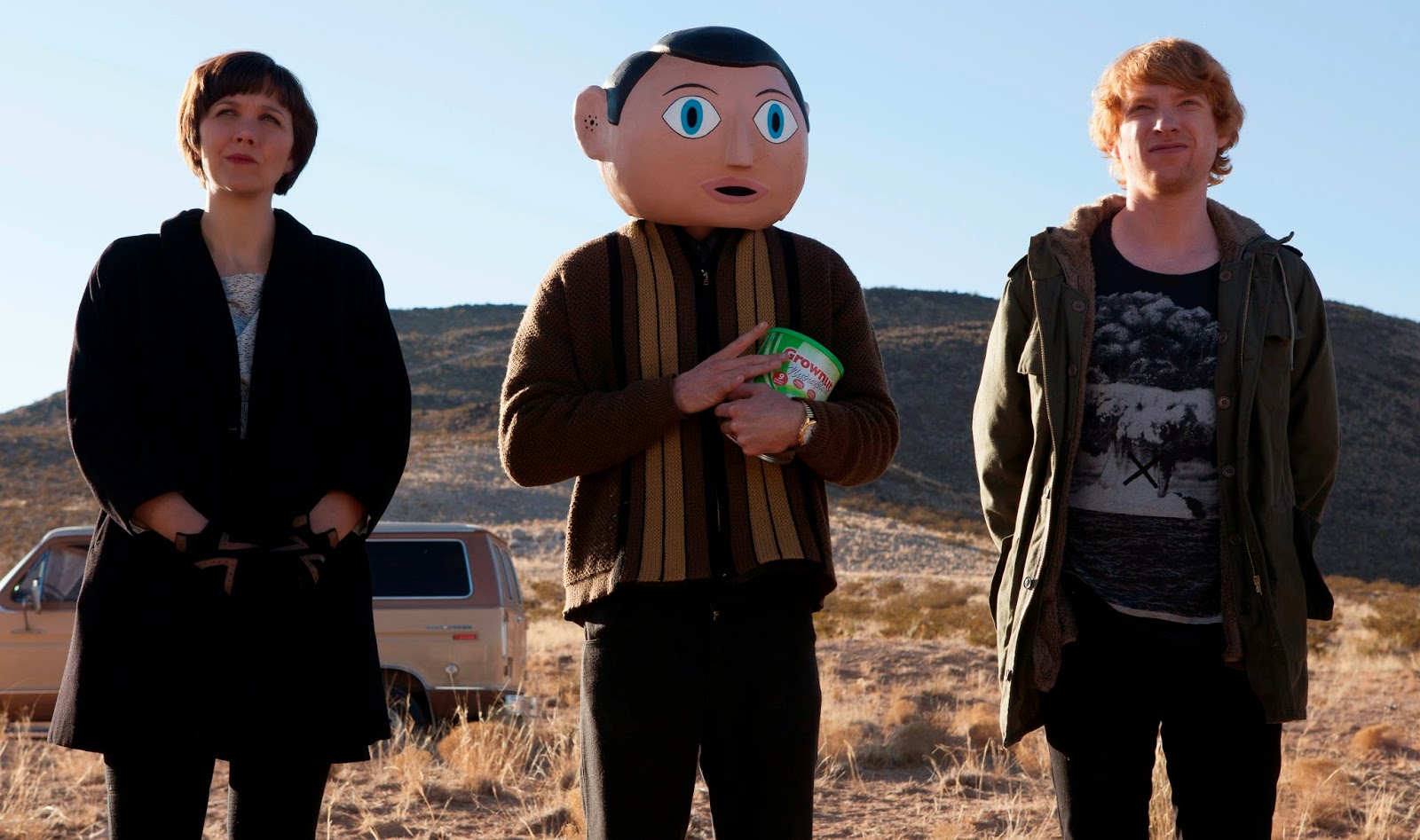 Gleeson, best known for playing Bill Weasley in the last couple of Harry Potter movies, isn’t as strong as Fassbender or Gyllenhaal, but is a likable enough bloke who does a decent job carrying us through the thread of the film. McNairy also puts in good work, but, you know, when Frank's around, everybody else just fade into the background.

FRANK was written by Peter Straughan and Jon Ronson, who had played keyboards with the film’s main inspiration (the aforementioned Chris Sievey, who you can see in this 1985 clip doing his thing), and it’s a much stronger collaboration than their previous work, THE MEN WHO STARE AT GOATS.

I was surprised by several things about FRANK. Surprised by Fassbender’s performance, surprised by how thoughtful and thought-out its screenplay is, surprised by its likably catchy soundtrack, and, most of all, surprised that it’s become one of my favorite films of 2014.