Blu Ray/DVD Review: Woody Allen's Not So Great Latest, MAGIC IN THE MOONLIGHT

Out today on Blu ray and DVD:

MAGIC IN THE MOONLIGHT 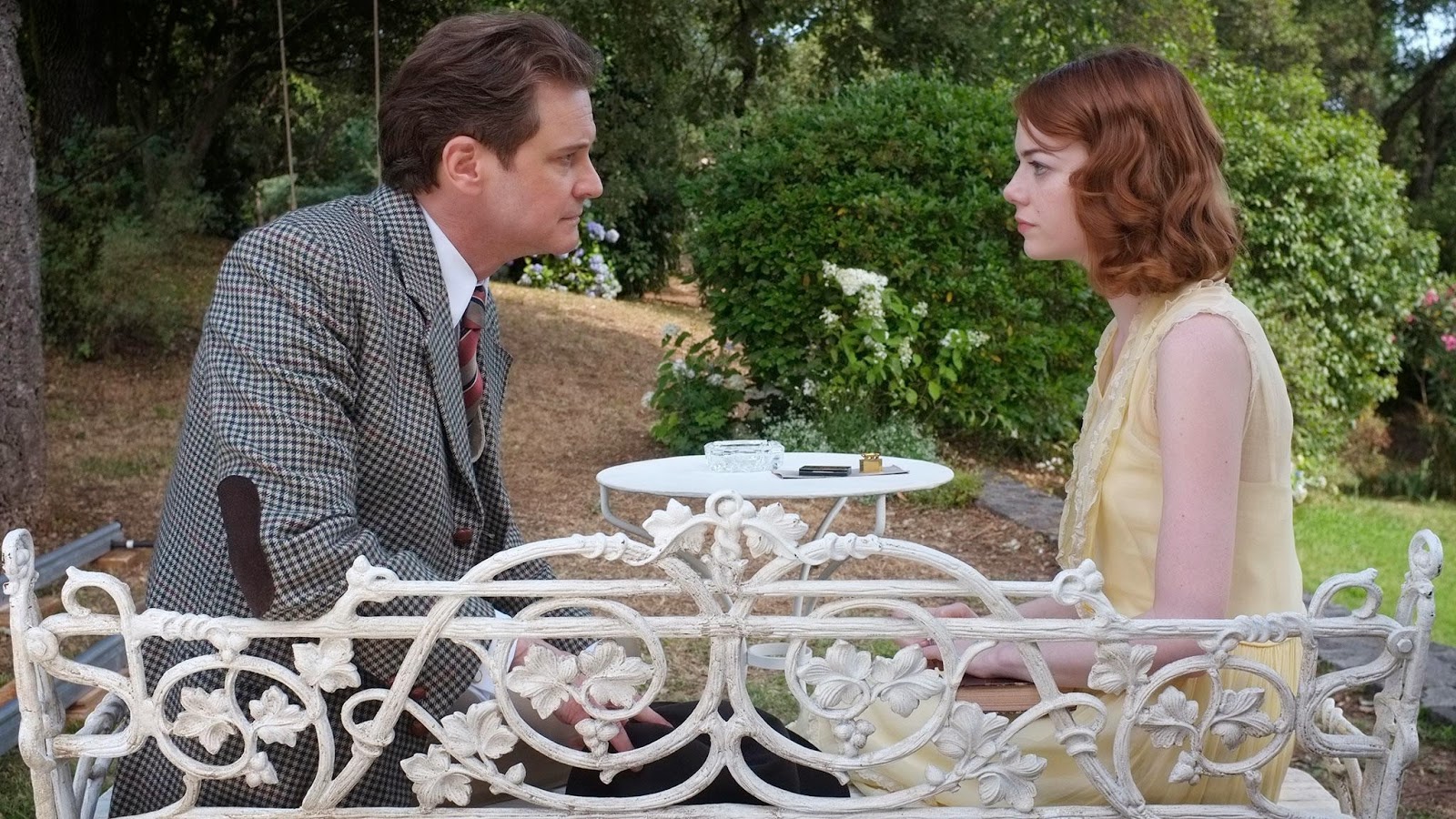 There's a strong case to be made that in the last decade or so of Woody Allen's nearly half-century filmmaking career, every other film is worthwhile. That's certainly holding true. Last year's Oscar-winning BLUE JASMINE was one of the 78-year-old writer/director's very finest, while Allen's current feature, MAGIC IN THE MOONLIGHT, is one of his all-time weakest.

A fluffy period piece rom-com that joins A MIDSUMMER'S NIGHT SEX COMEDY, HOLLYWOOD ENDING and CURSE OF THE JADE SCORPION (just to name a few) in the annals of Allen's forgettable throwaways, it at least begins promisingly enough with Colin Firth in Oriental garb, playing an arrogant illusionist named Stanley Crawford in the guise of a Chinese conjurer in 1928 Berlin.

Stanley delights his audience with such classic tricks as sawing a woman in half and making an elephant disappear, then berates the crew backstage so we get a sense of his pomposity.

A fellow magician, Howard Burkan (Simon McBurney), tells Stanley about a woman who claims to be clairvoyant and who may be swindling a rich family.

Howard asks Stanley to accompany him to the French Riviera to debunk the phony psychic, a prospect that appeals to Stanley and his lack of spiritual belief. Of course, shortly after meeting the young lady, Sophie Baker, fetchingly portrayed by Emma Stone, he finds himself more and more charmed, and starting to believe that Sophie may actually possess supernatural powers. Disappointingly, Stanley's enchantment with Sophie is unconvincing, with many scenes consisting of variations of the same dialogue. For instance, Sophie talks repeatedly about how she can see into the future, but all her proclamations have to do with the past.

The wealthy marks - Sophie's dorky ukulele-playing suitor (Hamish Linklater of The Newsroom and The Crazy Ones) and his mother (Jackie Weaver) - are very taken with her, possibly to the tune of their fortune. There's also Marcia Gay Harden, as Sophie's business-minded mother, who is nearly forgettable because she isn't given a single significant line or moment.

Allen has toyed with these themes before - science vs. spirituality, the redemption of true love. But this narrative has nothing new to say about the mysteries of existence; it just serves as a thread through another May-December romance. A romance, that much like Stanley's transformation, isn't very believable.

It's not that the 53-year-old Stanley courting the 25-year-old Sophie is creepy, it's that the relationship feels forced and lacks chemistry. This is apparent when Stanley's car breaks down and the couple takes shelter in an observatory (at least moonlight makes an appearance, because magic surely doesn't).

Worst of all, the script's many one-liners fall flat throughout.

At least the cinematography by Darius Khondji, who shot Allen's MIDNIGHT IN PARIS, is gorgeous. Perhaps the glow given to all those pretty people strolling on beautiful beaches, driving down winding mountain roads and walking on paths through rural France may fool the audience into thinking they're seeing a more charming movie.

And at least Stone's wide smile, alluring eyes and adorable '20s wardrobe give the movie a little zing. Here's hoping her second film with Allen, an untitled project now in production, will be a weightier work. The odds are in her favor.*

Special Features: Woody Allen films have never offered much in the way of bonus material and MAGIC is no exception. Only 15 minutes of supplements are included: an over 10 minute making-of featurette: “Behind the Magic,” a less than 3 minute segment: “On the Red Carpet: Los Angeles Film Premiere,” and the theatrical trailer.


* This review originally appeared in the Nov. 15th, 2012 edition of the Raleigh News & Observer.