Notes On The Hubbub Surrounding THE INTERVIEW 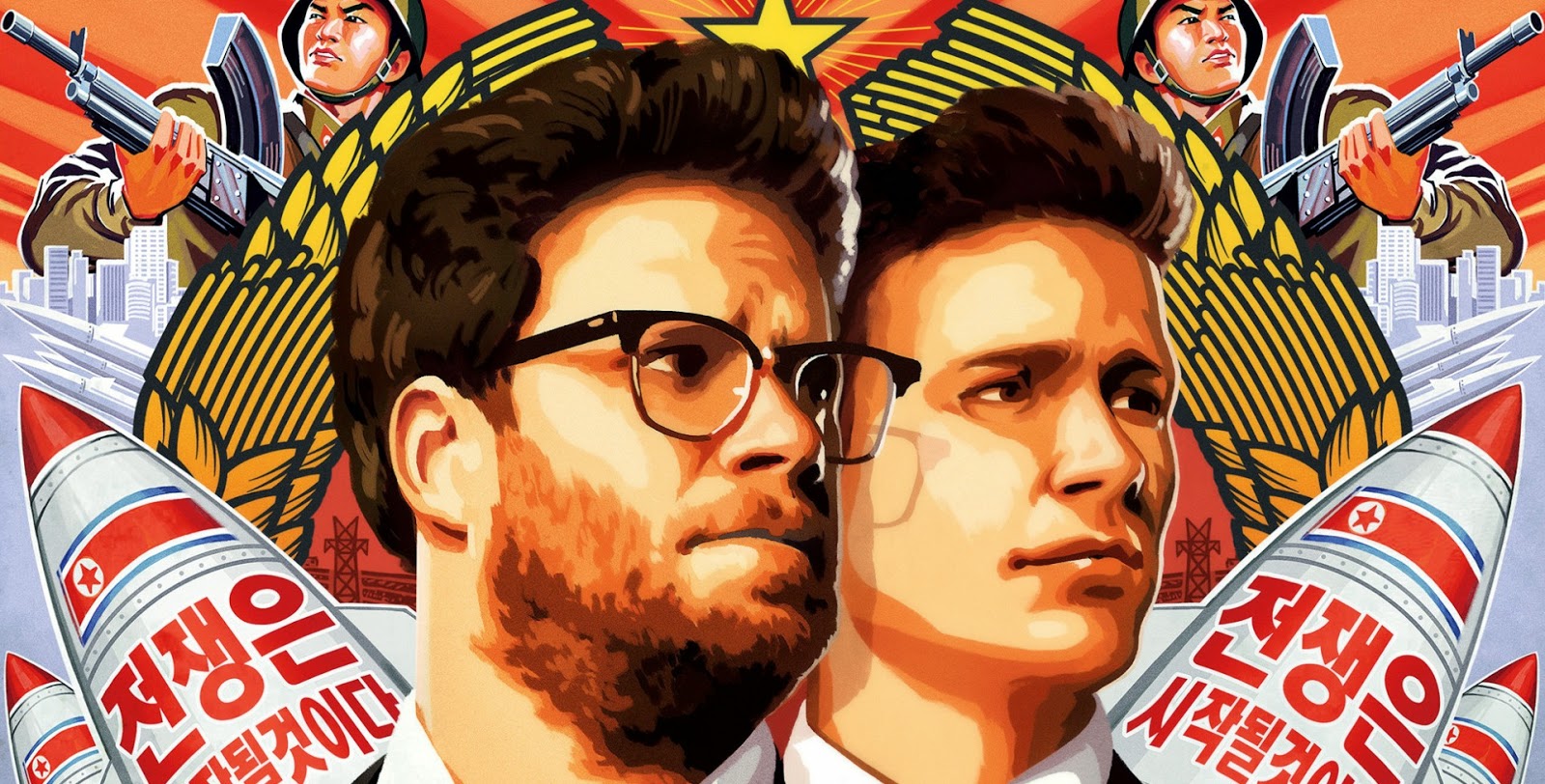 All day yesterday I was anticipating an email. It concerned an advance screening scheduled for tonight, Thursday, December 18, of a little comedy movie I was looking forward to seeing since I heard about it last summer.

I finally received it sometime last evening, and it said:

“As you may know, a number of theaters have made the decision not to show THE INTERVIEW, and as a result we are cancelling the advanced screening.

A statement from Sony Pictures Entertainment is below:

‘In light of the decision by the majority of our exhibitors not to show the film The Interview, we have decided not to move forward with the planned December 25 theatrical release. We respect and understand our partners’ decision and, of course, completely share their paramount interest in the safety of employees and theater-goers.

Sony Pictures has been the victim of an unprecedented criminal assault against our employees, our customers, and our business. Those who attacked us stole our intellectual property, private emails, and sensitive and proprietary material, and sought to destroy our spirit and our morale – all apparently to thwart the release of a movie they did not like. We are deeply saddened at this brazen effort to suppress the distribution of a movie, and in the process do damage to our company, our employees, and the American public. We stand by our filmmakers and their right to free expression and are extremely disappointed by this outcome.”

I’m disappointed too. I really wanted to see Seth Rogen and Evan Goldberg’s THE INTERVIEW since I’m a fan of their work, particularly SUPERBAD, PINEAPPLE EXPRESS, and THIS IS THE END, and though I was skeptical of the killing Kim Jong-un angle, it looked like it had comedy potential.

I really can’t speak about the so called “Sony hacks,” although speculation that North Korea sponsored the attacks is definitely not as far-fetched as it once seemed (just read while writing this that the U.S. is indeed officially blaming them), but when reading this statement from the hackers who call themselves “the Guardians of Peace” it’s hard not to agree with the many folks who are posting to the effect that this means the terrorists have won:

“We will clearly show it to you at the very time and places ‘The Interview’ be shown, including the premiere, how bitter fate those who seek fun in terror should be doomed to… The world will be full of fear. Remember the 11th of September 2001. We recommend you to keep yourself distant from the places at that time. (If your house is nearby, you’d better leave.) Whatever comes in the coming days is called by the greed of Sony Pictures Entertainment.”

However, let’s not jump to conclusions. In a piece published yesterday on motherboard.vice.com, “Reaction to the Sony Hack Is 'Beyond the Realm of Stupid,” Jason Koebler spoke with Peter W. Singer, one of the nation's foremost experts on cybersecurity and cyber war. Singer said that the “Guardians of Peace” group “threatened yesterday 9/11-style incidents at any movie theatre that chose to show the movie.

Here, we need to distinguish between threat and capability—the ability to steal gossipy emails from a not-so-great protected computer network is not the same thing as being able to carry out physical, 9/11-style attacks in 18,000 locations simultaneously. I can't believe I'm saying this. I can't believe I have to say this.

This group has not shown the capability to do that. Sony is rueing any association it has with the movie right now. We are not in the realm of 9/11. Did movie chains look at the reality of the threat? Or did the movie theater chains utterly cave in? This is beyond the wildest dreams of these attackers.”

But, as we all know, the theater chains all pulled out, Sony caved and cancelled the movie’s Christmas day release, and now Rogen and co-star James Franco have armed bodyguards accompanying them everywhere.

So, are we ever going to see THE INTERVIEW? A Sony Pictures spokesperson said yesterday that the studio “has no further release plans for the film,” but a lot can change quickly in this crazy age so I’m still clinging to hope that I can see the film soon.

But I won’t be trying to download it on torrent sites because I hear that many files that are labeled as it are really copies of THE ENGLISH PATIENT with heavy malware embedded - isn’t that adding insult to injury?

So in conclusion all I can say is that this is a sad, ridiculous situation which sets a horrible precedent and I think our President, Barack Obama, should be listened to when he says:

“For now, my recommendation would be people go to the movies.”