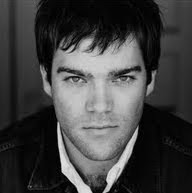 This Wednesday at 8:00 PM, The Colony Theater in Raleigh will be screening the 1987 cult classic THE MONSTER SQUAD as part of their popular "Cinema Overdrive" series.

In addition to the exciting experience of seeing a rare 35 MM print of the beloved film, what makes this showing extremely special is the star of the movie Andre Gower is going to be on hand as host and will take questions from the audience. I had the pleasure of sitting down with Gower to talk about THE MONSTER SQUAD and how it so strongly still holds up but in the first part of our chat we discuss some of his fascinating resume that surrounds that milestone.

Dan: Forgive me for cribbing off your IMDb profile or even Wikipedia but was The Young And The Restless your first role?

Andre Gower: No, there was some stuff before that - there were guest spots and a lot of stuff that IMDb and Wikipedia wouldn’t have. But that may have been one of the earliest regular things.

AG: Just through the regular audition process. Back in the day, now of course this is before cable, before the Fox network, there were only 3 channels. So there were always younger people doing stuff – there was even a smaller group of younger people who did the majority of everything.

If you were lucky enough to be in that kind of group as a young young youngster then as you got up to teenage years and late teenage years, to be part of that teen scene, the teen magazine part of pop culture, and then if you’re on a successful show or a number of successful shows, or either a bunch of films then it works out pretty good.

I hung in the circles back in the day, I was in the late '80s Brat Pack being a mid teenager. Of course that’s when THE MONSTER SQUAD came out. Right after that I did the show Mr. President with George C. Scott back when Fox was a brand new network.

D: Is it true that you turned down the Bud Bundy role on Married With Children to do Mr. President?

D: Ever had any regrets about that?

AG: No, I mean it’s always nice to think about what might have been, and look David Faustino is a old friend of mine - I’ve known him for years, but when you look at the situation at the time, what was being offered, you can’t do hindsight, you never know what’s going to happen. 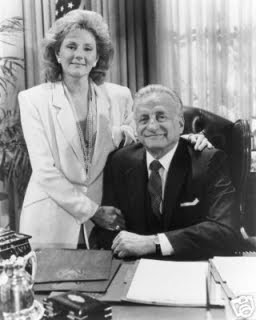 D: Right, you can’t guess what show is going to be picked up.

AG: Sure, and when you’re dealing like in that situation with a show on a brand new network – you get offered one and it’s an unknown show, it’s written very racy and not even the pilot is guaranteed to air and nobody knows anybody who is associated with it.

On the flip-side of it you have another show that is produced by Johnny Carson’s production company - it’s produced by Ed Weinberger. It’s starring George C. Scott and Conrad Bain, it’s guaranteed for 2 seasons and they were offering me like 3 times the money! The other show that wasn’t guaranteed they’d air the pilot – what show are you going to take?

AG: Right, one’s a vehicle and one’s not. (laughs) One’s a potential waste of your time and you’re not going to be able to do anything else. I mean I should’ve done both. Same network – what do they care? (laughs)

D: (laughs) I couldn’t really find much info on Mr. President. I mean, it seems like they’ve released just about every TV show you could think of on DVD these days, some that are only one season so it seems like a release of that wouldn’t be so farfetched.

AG: Well, it may be a thing with George C. Scott’s estate – I don’t know. It would be interesting to go back to it because it was an inaugural show on a new network. It was a lead show starring 2 icons and made by an icon.

D: It seems like it was a proto West Wing.

AG: It was sort of an interesting look at something that had been done before, but not really done before – characterizing the United States President and life in the White House. Where as The West Wing did it and it was modern because it was time for it. I’ve done 3 or 4 television shows that were 3 or 4 years ahead of their time…or more. That’s why they went one season, 2 seasons.

D: And those would be? 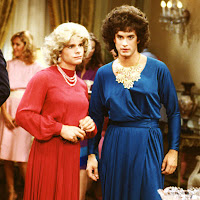 AG: One was Baby Makes Five, regular family sitcom, ABC I think. This was Peter Scolari’s own show. It was right after Bosom Budies. He’s the one that people said was going to be the star because he’s the talented one. Tom Hanks who?

D: I remember reading that for Bosom Buddies, they actually paid Scolari more than Tom Hanks because he had more experience.

AG: Yeah, Tom Hanks took a long time to actually get anything. He was in a few failed shows, a few really bad low budget movies that you just don’t ever hear of. And then he did SPLASH and it just starting coming around.

But Peter Scolari was a trained actor on a hit network television show so they said ‘we’re giving him his own show’ and it was a little ahead of it’s time with the fact that it was a show that had a huge family with young kids and there wasn’t that many…okay, well besides The Brady Bunch and The Partridge Family which was nichey and '60s, you know that was 3 camera sitcom - there wasn’t a live audience type show before this with a lot of kids.

They had this great relationship between the grandmothers - one was kind of racy, one was kind of conservative. It was coming into some really really interesting writing and really good timing. We had great guest stars on that show. We did 6 episodes. It was a spring replacement and it didn’t get picked up but it was well done.

D: Was it the time slot maybe?

AG: Who knows? It just might not have tested well. And that’s the trouble with television, especially sitcoms, because you look at the shows that do go on to become famous shows – go watch your favorite shows and see the first season. They’re all terrible. The difference is that with either the network or the production companies kept them on to find their footing and seasoned. The characters got to develop and mold into what they’re going to be. Because all a successful sitcom is…is what’s funny about a show is when a character says something because you’re expecting him to say exactly that. That’s what you get used to do in a sitcom. Look at Friends, look at Seinfeld – how many times can Kramer come in the door funny?

D: People forget Seinfeld took a while to get going.

AG: Took a long time. That was obviously a show that was cutting and ahead of its time and was allowed to come into itself, and then it changed television. Baby Makes Five was great, Peter Scolari went on to do a ton of stuff.

D: I loved him on Newhart.

AG: Right, he went right into Newhart. I was on the Newhart set all the time – I learned how to juggle from Peter Scolari. So I’m a juggler because of Peter Scolari. Another show was for ABC that was shot out of 20th Century Fox that was called Heart Of The City.

This was like ’86, ’87. Very ahead of its time. Cop drama, homicide detective, dark cast, dark storylines – it was about a cop who has 2 teenage kids and their mother gets killed in a very cliché drive-by being that it’s 1986. So he has to raise these 2 kids – one’s a boy, one’s a girl, dealing with family issues, dealing with adolescent boy issues, dealing with teenage girl issues, talk about sex and drugs and drinking and dealing with all this stuff while this guy’s trying to be a detective.

Shot dark, lit dark, shot at night because he worked the midnight shift, had to deal with his kids during the day. I played this street kid drug dealer that he busts in the pilot and he becomes interested in my story so I became a re-occurring character. He ends up becoming romantically involved with my mother because he’s trying to figure out why I’m out here doing this. The mother was Kay Lenz, and the 2 kids were Jonathan Ward and Christina Applegate. So if you look at 2 or 3 years down the road when Fox becomes a network, all 3 of us out of this show have our own shows on Fox.

D: how long did Heart Of The City run?

AG: We went 2 seasons. My arc went from the pilot all the way to the end. I go off the show because I get sentenced, then back and forth because I escape and do all this stuff. It’s a very cool role – I never played a 13 year old drug dealer running down all the alleys of downtown LA. Very cool, but you know a little ahead of its time. Then what, 5 years later you have NYPD Blue. Dark, brooding, nudity, language, you know it’s like ‘oh, this show is shocking too.’

Coming up in Part 2 - Andre Gower and I discuss THE MONSTER SQUAD and its legacy. Please stay tuned.