A Call-Out For Film Blogger Support Against A Bitchy Critic

A week ago a certain article was listed on the IMDb Hitlist. If you don't know the Hitlist, it's what the popular movie site the Internet Movie Database calls: “a group of interesting links to external articles that is updated daily.”


It is located on the IMDb homepage - just scroll down to the bottom and you'll see it. This recent added article - “What We Don’t Talk About When We Talk About Movies” (of course, click the title to read the article) by New York Press critic Armond White really pissed me off. 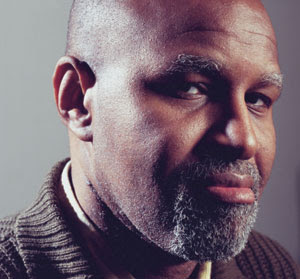 It's a 5 page rant against the film bloggosphere filled with outrageous comments like “the joke inherent in the Internet hordes is that they chip away at the professionalism they envy, all the time diminishing cultural discourse - perhaps as irreversibly as professional critics have already diminished it themselves” and “the love of movies that inspires their gigabytes of hyperbole has been traduced to nonsense language and non-thinking.


It breeds a new pinhead version of fan-clubism”. I mean, WTF?!!? I love the film blog community and enjoy reading the views and info sharing of a great many blogs - my favorites are listed in my Friends Of Film Babble links column on the right below.


Seems about right, even with that [citation needed] notation. So since I hated Mr. White's dissing of the cyberspace critics that I love, despised his smarmy putdowns of Papa bear Roger Ebert (“Despite Ebert’s recent celebration in both Time magazine and The New York Times as ‘a great critic,’ neither encomium could credit him with a single critical idea, notable literary style or cultural contribution” - again, WTF?!!?), and especially resented this comment: “Critical babble doesn’t talk about what matters”, I decided to email some fellow film bloggers and get their takes.


So, in hopes of forming a resistance to White's whacked words here’s a few of the first responses: Julie of Misfortune Cookie Blog said she started out writing a blurb for my blog but did a post of her own with A Rebuttal To Armond White. It's a great piece that I hope you visit. A little Sampling:


“Armond, honey. Were you ever a young boy that liked to talk about movies? Perhaps you would go to the theater with some friends and then afterwards discuss what you saw? Or was that banned in the apparent dictatorship you grew up in? No, it wasn’t, because you’re from Michigan, not Maoist China. So, what us bloggers did is take that discussion that I absolutely know you’ve had all your life and transplant it to the interwebs. We have no hidden agenda! We just like to discuss film!”


Amen. Another blog I love, :: The Playlist ::, had already commented on White's bitching in this post: “Beef Watch: Movie Critic Dick Battling Edition”.


“It's typically obtuse, long-winded and self-importantly suggests that no one outside of himself knows what they're talking about (as critics are wont to do, but especially the intolerable White).”


I was ashamed I hadn't seen this post before I wrote them but that's because :: The Playlist :: is updated so often that it can be hard to keep up, but that's exactly why I love their blog too.


Evan Derrick from the marvelous MovieZeal (which I happily contributed to a month ago) offered his two cents:


“In all fairness, Mr. White has a few worthwhile points: the idiocy of focusing on box office numbers, how the critical hive-mind gravitates to whatever shiny object Hollywood is dangling in front of it, and how good, smaller movies get left in the dust. ‘You can’t praise the Pirates of the Caribbean movies or the Bourne movies and then expect benumbed thrill-riders to sit still for A Prairie Home Companion, Neil Young: Heart of Gold or Munich.’


Well said, Mr. White. Healthy points aside, the article contains a distinct tone of desperation. Good or bad, the internet is here to stay, and Armond has seen the writing on the wall. It's as if his elite country club just opened the doors to the lower income riff raff, and darn-it-all if he's going to tee off behind Billy Bob and eat posh meals at a table next to Betty Lynn. Honestly? I just feel sorry for the guy.”


Paolo Cabrelli - a wonderful writer for Gentry Style and Film Slash had this to say: “Criticism is an intellectual practice open to everyone, not just those lucky enough to draw a salary from an established publication or those who live in such fear of critical competition that they hasten to kick away the ladder with which they have arrived at their own apparently lofty position. Now that opinion is being funneled the other way, it's only reasonable that some will resist. There's no difference between a blog and an underground magazine.


some are good, some are bad. It's ignorant to dismiss them all.” A fellow film blogger that I talk to fairly regularly on the Aol Instant Messenger deal - TheSophomoreCritic offered these comments: “I think his first point is a humongous generalization but after that he might be saying some things that make sense. Like maybe overdiscussing blockbusters is a tacit support of them.”


On the same AIM chat he wrote: “I think this guy has like 8 or 9 articles that he merged into one, he is clearly making some generalizations which don't hold true, but you have to read it like a big long textbook and agree with some and disagree with some.”


Okay, so I'm getting more responses to my email as I write this so I will definitely follow up on this debate. I hope other bloggers will take a stand against Armond White's hateful diatribe and in the process I hope to be turned on to more cool film blogs.


So please fellow film bloggers - write me and together we can build a bigger better bloggosphere where haters like White will just have to deal with being outdated snobs while we thrive! I can dream can't I? Won't you help me dream?

As a race-baiter, Armond White has few equals. But as a film critic, he rarely addresses the actual film at hand other than as a jumping-off point to whatever controversy of the day he feels like jerking himself off too.

I guess this is the type of dismissive comment that he would expect of bloggers, but hell, I dismissed him well before blogs took off, back around 1997 in his New York Press days.

I had actually forgotten all about him until this blog post. Where the hell does he write now? Maybe he's just bitter that his writing has marginalized him out of existence.

Don't you just love it when a self-important elitist gets off on a public forum?

Admittedly, it's a negative sort of delight, but how else can you respond to the negative verbal diarrhea that is White's article?

How should we respond to White? A rant for a rant? I don't think so; negativity breeds negativity. Rather, let's respond in the most anti-White way: let's give him something good in return for something bad.

Let's invite him to watch a movie, "Ratatouille," only this time with the subtitles on, so he may not only hear, but read what a movie about a rat chef has to say about a critic's role. (Whether White wishes to understand or agree is sadly not guaranteed.)

"In many ways, the work of a critic is easy. We risk very little, yet enjoy a position over those who offer up their work and themselves to our judgment. We thrive on negative criticism, which is fun to write and to read. But the bitter truth we critics must face is that in the grand scheme of things, the average piece of junk is more meaningful than our criticism designating it so."

While he attacks bloggers for "chipping away the professionalism that they envy", he belies the fact that bloggers connect with their audiences in a way that he with his degrees and pedigree fail to do.

True film critics and their work with never suffer because of one opinionated idiot with a internet connection. Bazin and Kael would support the enthusiasm the internet enables and even Ebert has his own blog.

I fall in line with Evan's take on this. He does have some fair points, but his presentation and execution all smack of desperation and bitterness (apparently over the fact that no one like The Brave One; talk about an axe to grind).

My only worry is that damning him only grants him justification and a purpose. Better to let him wilt away in the sun, methinks.

I'm with you on this. He has a point but makes it with a grim disregard for the countless bloggers and online writers who do not dismiss "professionalism" as he puts it, but embrace and discuss it with thought and care for the medium they love. It smacks of bitterness from a writer who has lost the exclusiveness of his high-brow position.

now I stay in touch..