The Rialto’s Goodbye Marquee And Their Cryptic Current Status 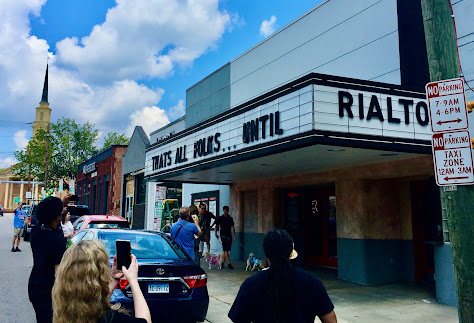 I’m finally getting around to posting my video of the last marquee change at the Rialto Theatre in Raleigh, NC, when it closed at the end of last month (August 28). In it, you can see Ambassador Entertainment principle, Bill Peebles, put up the last letters for the Rialto’s message to moviegoers: “THATS ALL FOLKS…UNTIL.”
The event also served as a retirement party for Peebles, where it was good to see some of my fellow co-workers from the past (I’ve worked for Ambassador Entertainment since 2009). 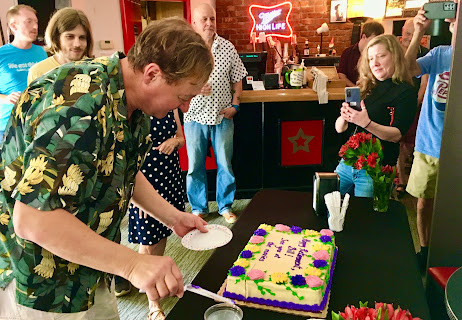 So that was the end of the AE era of the Rialto, and at that time there was no news of a possible buyer, or any word on the building’s fate, but right now the marquee reads: 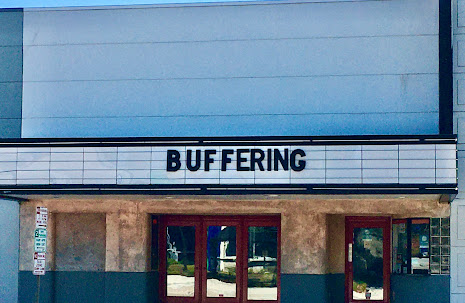 I’ve inquired to the Rialto’s General Manager, Wes Farrell, who can be seen handing the letters for the marquee in the video above, about the meaning of the marquee (it has obvious connotations, sure) and have so far received no comment. But it is indeed intriguing. 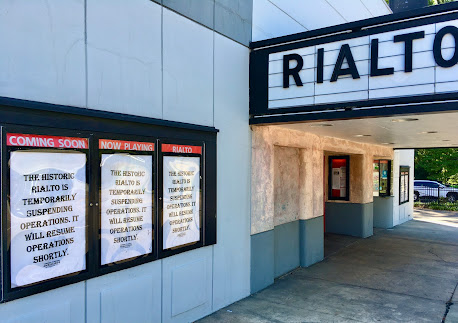 One last shot for now: 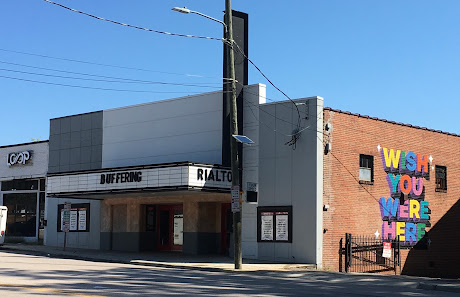