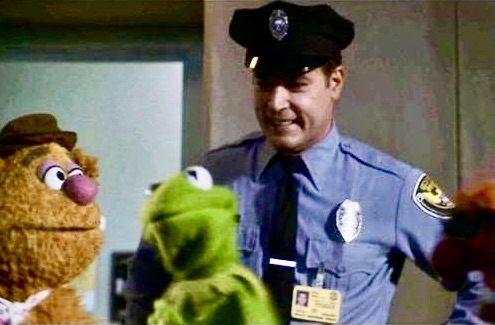 When Ray Liotta passed away last week, tributes poured in largely citing his intense performance as Henry Hill in Martin Scorsese’s 1990 gangster classic GOODFELLAS, and his touching portrayal of Shoeless Joe Jackson in Phil Alden Robinson’s 1989 baseball drama, FIELD OF DREAMS. Liotta’s other notable work in various films and TV series got some print as well, but one vital item got glossed over, and that's the surprising, and very fun fact that the man appeared in two of the Muppet movies. 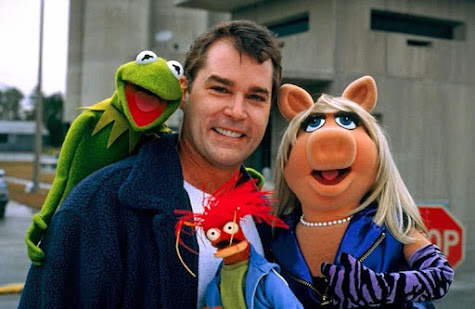 15 years later, Liotta’s second cinematic run-in with the Muppets found him on the other side of the law. In James Bobin’s MUPPETS MOST WANTED (2014), Liotta plays a Gulag inmate named “Big Papa,” who mostly lingers in the background like an extra until the Siberian Gulag Revue, the prisoners’ annual talent show. That’s where we hear Big Papa declare “we like Boyz II Men,” and display some rough, but invested harmony singing. 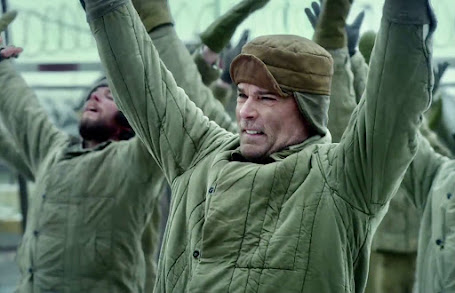 In an interview with We Got This Covered, Liotta explained his involvement: “With the Muppets? We sing and dance. Me and Danny Trejo are in prison, Kermit is there as well as scattered other Muppets. Kermit gets thrown into jail because they think he’s somebody he’s not, and the identical of him, this guy Constantine, is going out and doing bad things. So yeah, we’re just singing and dancing. Tina Fey is the Warden, Ricky Gervais is somebody in it, it was a lot of fun. It’s really funny. It’s all singing and dancing.”

Another interview with Liotta, from the set of MUPPETS MOST WANTED with ScreenSlam, also shows us a bit of how much fun he was having on the shoot:

Now these cameos may seem trivial, maybe even the definition of trivial, but it’s significant to me because of Liotta’s tough guy persona, and that over the run of eight Muppet movies, the human guest stars rarely repeat. The only other example I can find is that Elliot Gould put in cameos in THE MUPPET MOVIE (1979), and THE MUPPETS TAKE MANHATTAN (1983), but Liotta’s walk-ons were just a little more substantial - one of them even has a name (“Big Papa”) while Gould’s were just “Beauty Contest Compare,” and “Cop at Pete’s” respectively.

It must be noted that Zach Galifianakis played the same character, Hobo Joe, in both THE MUPPETS (2011), and MUPPETS MOST WANTED, but the scruffy comic feels like more of a fit in the world of funny felt than Liotta for sure.

Liotta was only in a few other films of the family-friendly variety (or maybe only one, the animated Jerry Seinfeld vehicle, BEE MOVIE), which is why having two outings with Kermit the Frog and company stands out in his distinguished, and fairly dark filmography. It also seems like a necessary side-line since when looking over Liotta’s career, which spanned over four decades, and contained over 70 movies, I’m not seeing anywhere else where he could really get in some singing and dancing.