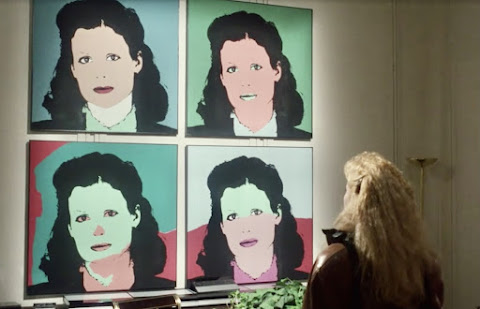 When a scene in a movie or television show is set in a lavish, extravagant mansion or penthouse, there often is a familiar sight. That would be large, square artwork featuring the same image repeated, often in different colors, each a portrait of the rich, usually famous resident of the posh palace.

The style is recognizable as being of iconic pop artist, Andy Warhol. He produced many of these screen-print works of such ‘60s and ‘70s stars as Elvis Presley, Marilyn Monroe, Audrey Hepburn, and, of course, Campbell’s Soup cans.

Sets that include the fake movie versions of Warhol’s art are designed to emphasize that the character depicted is an extremely wealthy, and influential figure. So powerful that an artist of Warhol’s stature would add their visage to their oeuvre.

Several years ago, the Whitney Museum in New York hosted a retrospective entitled “Andy Warhol –From A to B and Back again.” Joelle Magazine explained how this status symbol came into being: “From 1968 to 1987, Warhol received hundreds of portrait commissions from business moguls, art collectors, socialites, fashion designers, models, royals, and celebrities of all kinds.” So basically it’s an extremely plausible detail to add to a fictional rich character’s decor.

Slate’s Heather Schwedel in the 2019 article, “Why Warhol Became the Symbol for Characters With Big Bank Accounts and Bigger Egos,” pointed out one of the first films to include faux Warholian artwork, Mike Nichol’s 1988 comedy WORKING GIRL. Melanie Griffith’s character happens upon a wall graced with four canvasses portraying her boss, played by Sigourney Weaver (see picture at top).

But there is an earlier example from four years previous, in Charles Shyer’s IRRECONCIBLE DIFFERENCES. A scene set in a mansion owned by Shelley Long as a bestselling author, appears on a wall behind Long and her failed filmmaker ex-husband, Ryan O’Neal (I blogged about the film a bit back). 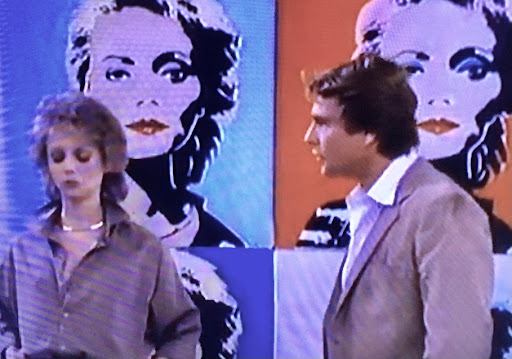 Over the years, this opulent aesthetic has appeared in such movies as: 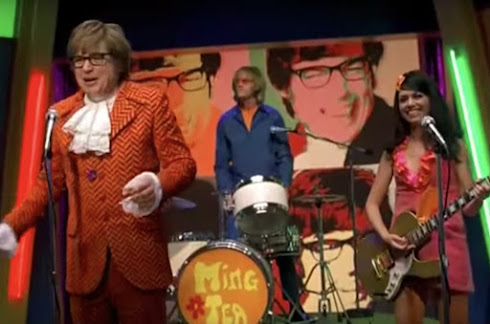 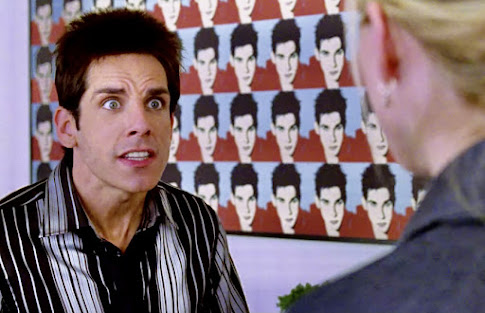 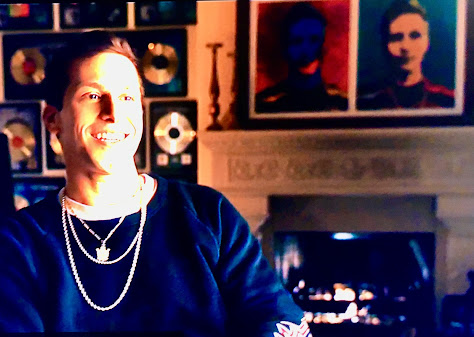 And such TV shows as: 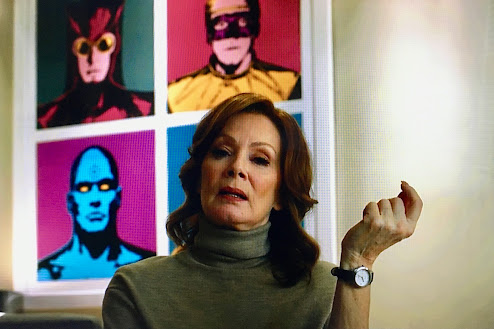 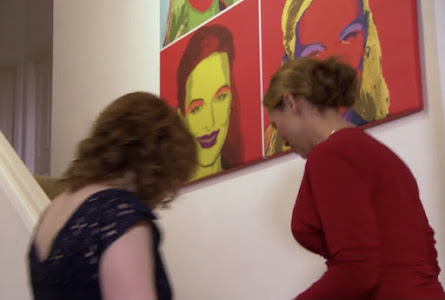 This one, from the fourth season fan favorite episode, “The Dinner Party,” is pretty easy to miss as you can tell from my hard-to-get-a-good-shot screen capture that it only appears for around 10 seconds, and not in full. It’s pretty hilarious that Melora Hardin’s arrogant character, Michael Scott’s girlfriend Jan, would have such a portrait of herself. Delusions of grandeur indeed. 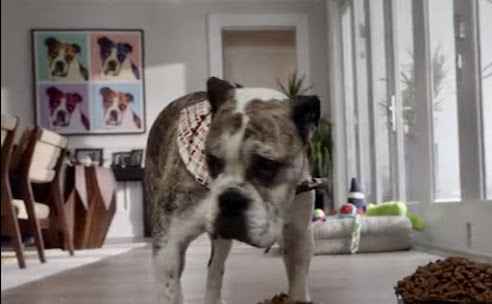 I must give credit where credit is due to Schwedel, who in addition to writing the Slate piece I referenced above, posted a bunch of other examples of the Warholian set designs on her Twitter, @heathertwit. In sharing these screen shots, she tweeted that it’s “one my favorite movie tropes, which is when you can tell a certain character is stuck up because they have a Warhol portrait of THEMSELVES in their home.”

It’s only right to give Schwedel a plug, since I’ve taken some of the pics above directly from her feed.

Now, I’ll leave you with one more, even though Schwedel says it “only sorta counts.” 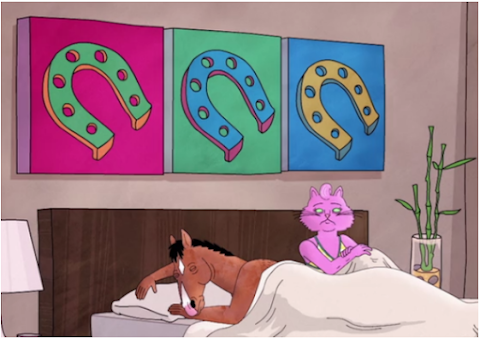