They Can’t All Be M*A*S*H: 10 Failed Attempts To turn Hit Movies Into Hit TV Shows


Most folks know that M*A*S*H, Buffy The Vampire Slayer, and Alice (based on Martin Scorsese’s ALICE DOESN’T LIVE HERE ANYMORE) were successful long-running TV series based on popular movies, but there have been dozens of other adaptations that didn’t make the grade and are largely forgotten these days.


For one misguided reason or another most of them barely finished out a season with only a handful of episodes airing and a few never made it past the pilot stage. Here are 10 of the most notable, or most amusing, failures to translate booming box office into ratings sensation:

As a mid season replacement that only ran 13 episodes, this actually had decent ratings but was brought down by battles with the network (ABC). Retaining several of the original cast members (John Vernon, James Widdoes, Stephen Furst, and Bruce McGill), Delta House had the impossible task of making gross out frat boy humor work in prime time with canned laughter.

With Josh Mostel standing in for John Belushi's Bluto (understandably too big and busy with SNL and THE BLUES BROTHERS at that time to do such a sitcom) as his brother Jim 'Blotto' Blutarsky, the show was either too tame or too lame to catch on. Still it had its moments and it's worth looking up on YouTube if only to see a young Michelle Pfeiffer (credited as "The Bombshell") slutting it up on the Delta's crusty couch. Also worth noting: John Hughes wrote 5 episodes.

This is odd indeed, a pilot directed by Kathy Bates based on the Coen Brothers classic with Edie Falco (best known as Carmella Soprano) in the Marge Gunderson role made famous by Frances McDormand. A few minutes are below and it's funny to see Falco in the get-up and accent - comes off pretty SNL-ish really:


Despite that it's not a bad clip. By the way it's dated 2003 because it was aired that year as part of the now defunct Trio channel's "Brilliant But Canceled" series. The episode looks like it would be a nice bonus feature on a future DVD and Blu ray edition of FARGO. Which brings us to:

3. Black Bart (Based on BLAZING SADDLES) (1975) As an extra on the 30th Anniversary edition DVD of BLAZING SADDLES this is a fairly unfunny pilot yet still a likable curio. Featuring Louis Gossett Jr. and Steve Landesberg in the Clevon Little and Gene Wilder parts respectively and an obnoxious laugh track (see also #1 on this list) this acts as further proof that a raunchy R-rated movie can not be successfully sanitized into sitcom fodder. 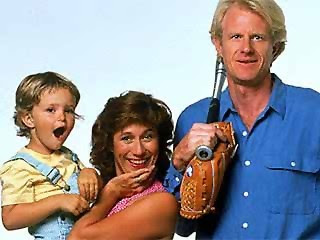 This was actually a decent Thirtysomething styled show with a solid cast including Ed Begley Jr, Jane Atkinson, David Arquette, Thora Birch, Leonardo DiCaprio (!), and the recently deceased Ken Ober. Zachary La Voy and Ivyann Schwan reprised their roles from the film and Ron Howard executive produced. The show was written by Joss Whedon who, of course, would have better luck with future endeavors. In the last year a second attempt to adapt the 1989 movie has materialized with Peter Krause, Lauren Graham, Craig T. Nelson, and Bonnie Bedalia. It's only appearing on this list as a footnote to the 1990 version as it hasn't aired yet.