My 9/11 Story: Apocalypse Then 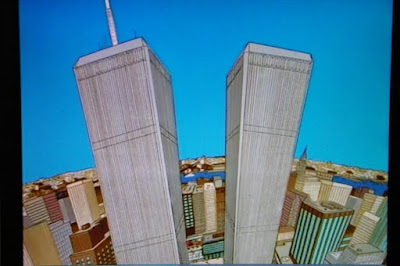 20 years ago, when the world was traumatized by events of 9/11, I was working at a Borders Books & Music (remember that chain?). But I want to start my story by going back a few days before the tragedy hit. My birthday is September 9th, which was a Sunday in 2001. The only thing I had planned was to go see the then newly released APOCALYPSE NOW REDUX, an extended version of Francis Ford Copolla’s Vietnam classic.

I love the original, and was anxious to see the new material, but the problem was that nobody wanted to go with me. I even had a friend say, “You’re going to see APOCALYPSE NOW on your Birthday?!!?” I called a woman I had dated a few times, but she sounded hungover and wasn’t up to going to see the film. I didn’t tell her it was my Birthday as I thought it might come off as a manipulative way to guilt her into joining me so I said something like “Okay, see you soon,” and accepted that I was going alone to the bloody picture show. (Years later she told me that I should’ve told her it was my Birthday, but que será, será)

I went to see the movie at the Carolina Theatre in downtown Chapel Hill, with a small audience of 20 people or so. It was my first time seeing APOCALYPSE NOW on the big screen, and I enjoyed the hypnotic spell it conjured, the swirling sound mix, and the intense performances by Martin Sheen, Marlon Brando, Dennis Hopper, Robert Duvall, and Larry Fishburne (that’s right, Lawrence went by Larry back then). 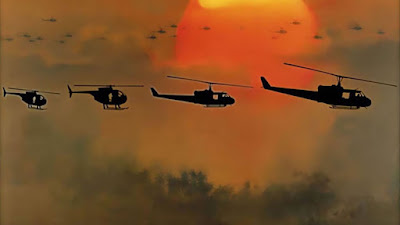 Driving home after the film, I saw an unfamiliar vehicle ahead of me. It was a truck with a green helicopter on its flatbed. I sped up to see it better and was astonished to see lettering on the side of the helicopter, “N.C. Vietnam Association.” You’ve got to kidding me! I just came from a film that opens with army helicopters swooshing from one side of the screen to the other accompanied by the Doors’ “The End.” Was this a promotional gimmick to promote the film? I tried to get home so I could get my camera and get a picture  or two of the truck and its cargo, but I couldn’t pull that off. You see, phones with cameras weren’t a thing yet.

Now, this Vietnam helicopter encounter doesn’t have anything to do with 9/11, but I still wanted to begin with it as it was what kicked off my week. That experience alone would’ve been pretty memorable, especially as it happened on my Birthday, but it was obviously overshadowed a couple of days later.

The next day, September 10th, I was working at Borders in the evening. Many of the kids (20somethings mostly) I worked with would often watch The Simpsons in the break room during their dinner breaks. The episode (The City of New York vs. Homer Simpson, S9E1) that night featured Homer dealing with his car being illegally parked at the bottom of the World Trade Center. That’s right. One of the jokes in this scenario was that Homer needed to go to the bathroom, but the tower he went to had a “Out of order – please use next tower” (I know, as if there aren’t a zillion restrooms at the WTC). 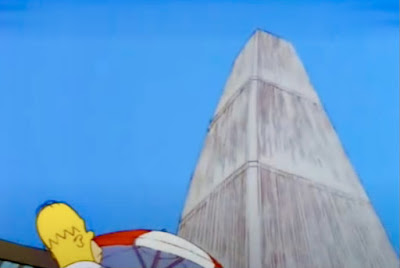 Less than a day later, this episode of The Simpsons was yanked out of syndication, and didn’t air for years after. It joined a lot of TV shows, movies, and songs that were temporarily banned for obvious reasons.

But let’s get to the tragic day itself. I was scheduled to work at 10am on the 11th, and I didn’t watch any news, or listen to any radio on my way to work. September 11 was only supposed to be the release date of Bob Dylan’s Love and Theft (Wilco’s Yankee Hotel Foxtrot was originally scheduled to come out that day too but that’s another story). So I listened to Dylan’s latest (I had an advance copy) right up to my parking in the Borders lot.

When I walked in to the store, one of my co-workers asked if I had heard the news. After nodding no, the guy (I think whose name is Chris) told me what happened. I didn’t believe him. I thought he had been watching an action movie like TRUE LIES on a monitor in the video section. But it wasn’t long before I realized he was serious. I was now one of millions that was shocked by this attack and couldn’t wrap our minds around.

A good deal of the morning dealt with finding out if all the people who worked at a Borders at the bottom of one of the towers were safe. Before this, I didn’t even know there was a Borders there. Happily, all of the staff had gotten out in time. I don’t remember much about the rest of the day except that the store closed early, and I went to my brother’s house, which wasn’t far away in Raleigh. 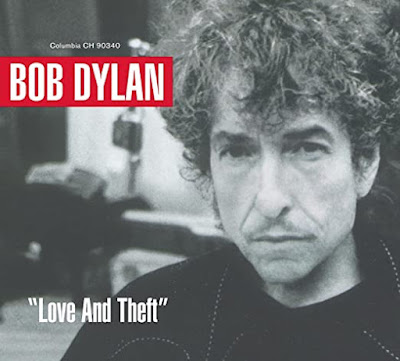 The rest of the week felt incredibly surreal. It’s a cliché, but it really did feel like time had stopped. Like many, I was scared of another attack. I kept worrying that we wouldn’t get out of 2001 alive. I listened to the Dylan album a lot, which was oddly one of his most comical works, but it did have the line “Sky full of fire, pain pourin’ down.” I also played the hell out of a bootleg copy of Wilco’s Yankee Hotel Foxtrot,” which had a number of lines that felt like they had been written for the occasion, particularly “Tall buildings shake, voices escape singing sad, sad songs.” Of course, neither of these albums were based on 9/11 as they had been conceived way before the date.

So these are things I think of every year at this time. It’s very difficult to believe it was 20 years ago as I bet most can relate. But no matter how long ago it is, when looking back at those tragic times, it will never not seem surreal.