Actors You Recognize, But Don't Know Their Names: Walter Olkewicz 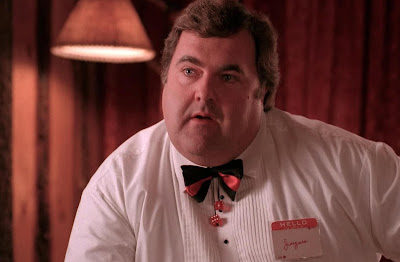 During an epic re-watch of Twin Peaks, I noticed an actor I’ve seen in countless TV shows and movies, but never took note of his name. As Walter Olkewicz has appeared in a sick amount of projects, it’s time to right that wrong.

I bet you’ve seen this lovable lug – maybe in such shows as the aforementioned Twin Peaks or possibly The Rockford Files, Taxi, Barney Miller, Alice, Family Ties, The Love Boat, Wizards and Warriors, Cheers, Newhart, The A-Team, Night Court, Matlock, Who’s the Boss, Murder She Wrote, and…let’s just say every program that aired in the ‘80s. Oh yeah, he also was on Dolly Parton’s one season variety series, Dolly! I totally forgot that existed. 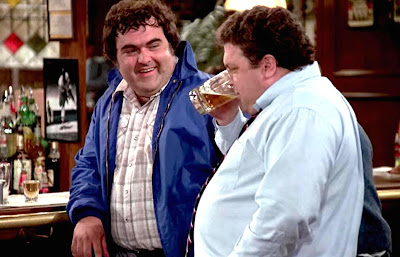 In the ‘90s he honed his surly and sarcastic (but still lovable) persona on Seinfeld, was a semi-regular on Grace Under Fire, and appeared on ER, Dharma & Greg, Sliders, Chicago Hope, and voiced a character named Falcone on a couple of episodes of Batman: The Animated Series.
Movie-wise, he’s acted in 1941, JIMMY THE KID, MAKING THE GRADE, THE CLIENT, STUART SAVES HIS FAMILY, THE BIG PICTURE, LAST DAYS (not the quasi Kurt Cobain flick), MEETING DADDY, and…okay, so his filmography isn’t as impressive as his television work, but it’s still pretty extensive. 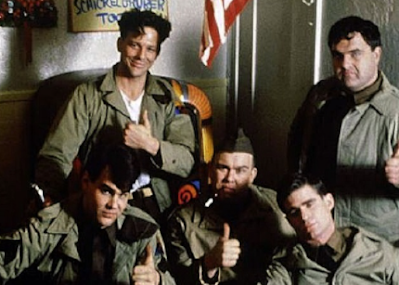 This entry also sadly also serves as an obituary as Olkewicz passed away last April at the age of 72. He left behind quite a legacy that will live on as long as there are reruns that make folks remark “Hey, it’s that guy.” I doubt most people will learn his name, but, hey, I’ve done my part.

Stay tuned for more in the Actors You Recognize But Don’t Know Their Names series.
Copyright 2004-2018 Daniel Cook Johnson at 10:56 AM