Movie Quote Mania: A SHOT IN THE DARK 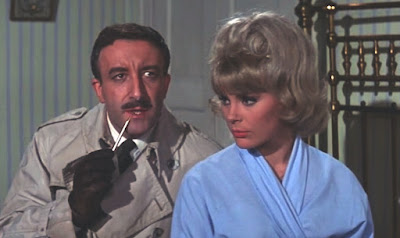 This quote, which was prompted by Sellers’ co-star Elke Sommer noticing Clouseau is wet after falling in a fountain (“You’ll catch your death of pneumonia, you will”), appears in A SHOT IN THE DARK (1964), the second entry in THE PINK PANTHER series. You can watch the full clip below.

What’s notable about this line is that it inspired the title of R.E.M.’s fourth album released in 1986. Reportedly the band had rented A SHOT IN THE DARK, and had used the phrase “It’s all part of life’s rich pageant” throughout the making of the record in response to various mistakes. Eventually they decided that it was the perfect name for the album, and the rest is history. 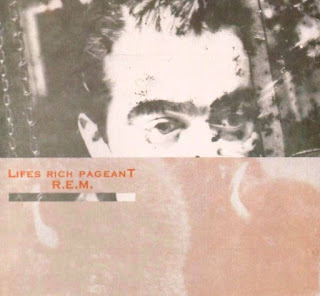 I was reminded of the line when watching a rerun of the ‘80s NBC show, St. Elsewhere, in which one character said it three times. The episode came after the release of the R.E.M.’s Lifes Rich Pageant (no apostrophe), so it may have been inspired by it, but also could have been a nod to the Sellers’ film. Or it could just be because it’s an idiom that’s long predates A SHOT IN THE DARK.