NON EXCLUSIVE: A Sneak Peek At Peter Jackson’s GET BACK & More 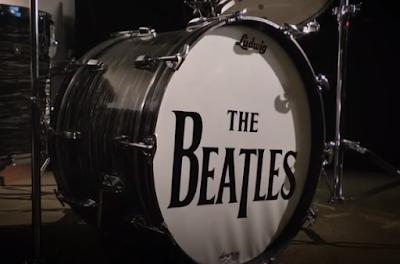 Another NON EXCLUSIVE! Sure, most everyone who has any interest has already seen this, but I still wanted to blog about the first look at Sir Peter Jackson’s upcoming rockumentary THE BEATLES: GET BACK due out sometime in 2021. Plus I want to give some back story to the project, which Jackson assures is a lot more that a reworking of the material that made up LET IT BE, which documented the beginning (or maybe the middle) of the end of Beatles’ career. But first, here’s the nearly 6 minute clip that just dropped today with an intro by the LORD OF THE RINGS filmmaker:

As you can see this lively, fun montage centering around a rehearsal of the classic “Get Back” indeed whets fans appetite for the finished film. But how did we get here? Well, Sherman set the wayback machine for early 1970 when the Beatles got together at a sound stage at Twickenham Film Studios, where they shot scenes for their films A HARD DAY’S NIGHT and HELP!, to rehearse songs for their next record, intended to be a back to their roots record (advertised with the tagline: “The Beatles as nature intended”) with the working title of “Get Back,” after McCartney’s newly written rocker. Director Michael Lindsay-Hogg, who had shot a batch of the group’s promotional films, and a crew were hired to shoot John Lennon, Paul McCartney, George Harrison, and Ringo Starr as they worked on new songs. 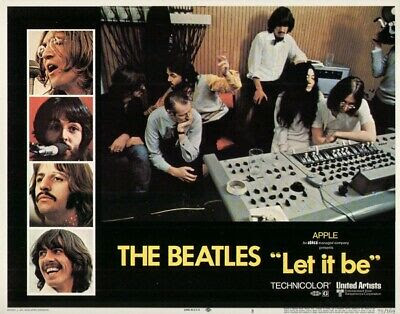 The sessions were frankly kind of boring, and had some cringe-worthy moments when the tired-looking blokes were caught bickering by the cameras. They moved the project to Apple Headquarters and things went a bit better as they laid down the studio tracks for the album that would come to be named Let it Be. The grand finale involved the Beatles performing a set on the rooftop of Apple, which concluded with “Get Back” as police approached.

In Eric Idle’s Beatles parody, The Rutles: All You Need is Cash, Idle’s David Frost-style narrator said, “In the midst of all this public bickering, Let It Rot was released as a film, an album and a lawsuit.” This wasn’t far off, as there were pesky legalities in the dissolution of the band. As the band wasn’t really happy with either the album (Lennon said the “recordings were the shittiest pieces of shit we ever recorded”), they decided to go out on a much higher note with their final album, Abbey Road, though it was released in 1969 before the Let it Be album, and movie dropped in 1970, one month after the Beatles’ break-up.

In the years following its release, the film, LET IT BE, was shown on TV multiple times, but nowhere near as much as the Beatles’ other movies. In the ‘80s it was released on videotape on both VHS and Beta formats, but it went out of print before the end of the decade. Still, I remember seeing copies of it (on VHS, not Beta) at various video stores in the ‘90s, but it was still hard to find, and currently it sells for hundreds of dollars on eBay.

In 2003, a new remix of the album entitled Let it Be...Naked was overseen by McCartney, who wanted to fix the songs that he felt producer Phil Spector ruined, in particular removing the orchestra from “A Long and Winding Road,” and stripping down other tracks.

At the same time, it was planned to re-master and re-release the movie on DVD, but both McCartney and Starr felt that it was still too dark to re-visit and blocked the release. In 2016, McCartney spoke in an interview about finally putting it out: “I keep bringing it up, and everyone goes, ‘Yeah, we should do that.’ The objection should be me. I don’t come off well.”

The full film of LET IT BE has shown up on YouTube in fairly decent quality over the years, but has been quickly taken down. The last time I looked it wasn’t there.

Cut to 2019, when it’s announced that Jackson will be tackling the 56 hours of footage the Lindsay-Hogg shot, and putting together a new version of the project which will revert to the original title, GET BACK. Jackson’ intent is to construct a film that utilizes different, unseen footage of the Beatles from the sessions, and give the material a more uplifting spirit. As Sir Jackson said at the time, “Sure, there’s moments of drama - but none of the discord this project has long been associated with.” 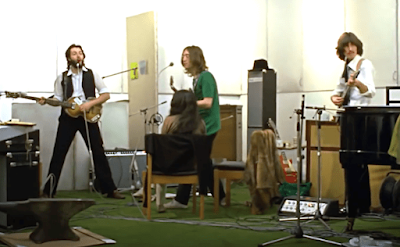 The other good news is that the original LET IT BE will finally get a re-release, although only in a digital format. Still, that’s something.

As the above montage shows a lot of promise, this is an exciting time for fans who have waited for the redemption of the reputation of this ill-fated project. With the success of his 2018 doc, THEY SHALL NOT GROW OLD, which featured painstakingly restored footage from WWI, Jackson has shown that he can pull off wonders in reviving history. I do wonder how he’s going to deal with the legendary rooftop concert as the original film contained a great deal of the performance. You can’t really have a film about this chapter in the Beatles’ story without it, so he’s got to include it.

I am beyond psyched to see THE BEATLES: GET BACK as soon as I can. The set release date is August 27, 2021 - 51 years, and a few months, after both the album and film, LET IT BE, originally dropped. Here’s hoping that we’ll all still be around next summer to see it.