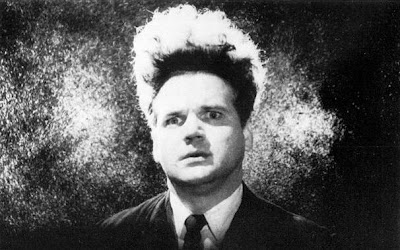 When it comes to being a film buff/geek admitting that you've never seen a particular classic film used to be a shameful act, one to be avoided for fear of scorn and derision but thanks to the wave of blog confessionals that washes all over the internets it’s a welcome entertaining way of coming clean.

The Onion AV Club has a ongoing column entitled “Better Late Than Never" in which a different staff member finally watches what has been long considered an essential important movie - they’ve covered HAROLD AND MAUDE, RAIDERS OF THE LOST ARK, RAGING BULL and a handful of other movies that most people assume everybody (or at least every film fan with a blog) has seen.

Fellow blogger Graham Culbertson on his fine site Movies Et Al. has a series called “Film Ignorance” which also deals with catching up with highly touted cinema that he or a guest blogger is only now getting around to.

So when I saw that the Colony Theater in Raleigh * had obtained a 30th anniversary print of what could be the definitive cult classic, a notorious film that I’d heard about for decades but for one reason or another I never saw, I thought it would be a good time to start my own “Hey, I finally saw...” forum. I went with a friend, who had also never seen the movie, to the Saturday night late show and now I can declare:

Despite having not seen it before last Saturday night, the iconic image at the top of this post, which is used on the poster, is as familiar an image to me as paintings by the great masters or the pyramids.

It’s an intriguing and fitting portrait because to view David Lynch’s debut film ERASERHEAD is to get very acquainted with the face of the late Jack Nance. Nance plays Henry Spencer who says he’s on vacation from his occupation as a printer and lives in a sparely furnished one room apartment. The squalor of the slum he toils in is reflected in his eyes as is incredible sadness, desperation and above all - confusion.

I entered his grainy gritty black and white world cautiously but curiously absorbing every intense corner not caring if a plot would actually rear its ugly head. What does rear its ugly head is a limbless mutant baby his timid girlfriend Mary X (Charlotte Stewart) presents him with. The grotesque reptilian offspring constantly shrieks, so much so that Mary leaves Henry to take care of the whatever it is himself - “You’re on vacation now; you can take care of him for a little while!” 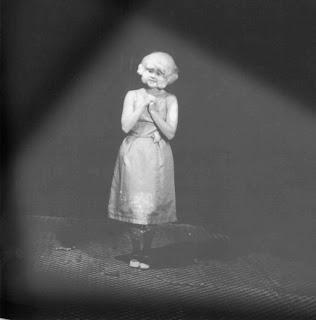 From there on out Henry’s life dissolves into a series of dream sequences and surreal set-pieces. There is a low industrial hum under the surface of the soundtrack as he drifts through real or imaginary experiences involving his neighbor (Judith Anna Roberts credited as “Beautiful Girl Across The Hall”), a cabaret singer (Laurel Near) with hamster-like puffed-out cheeks who appears on a stage from deep within Henry's radiator - “Lady in the Radiator” who sings “In Heaven”, and the ginormously overwhelming “Man in the Planet” (Jack Fisk) who haunts the film from beginning to end.

As bizarre as this all appears, the film’s title is surprisingly from one of the more linear tangents - Henry dreams of his severed head being sold to a factory and being processed into pencil erasers. Though it was shot over 6 years in the 70’s not one frame looks tied to that period. Actually not one frame looks tied to any period - it exists in a time and world completely of its own creepy creation.

The powerful draw of such bewildering and unpleasant aestetics is hard to explain; I thought often that I couldn’t believe anyone would pick this as their favorite movie but I’ve heard a number folks do just that. I have to take into account that having seen it for the first time just the other day may not be enough time to process the experience. 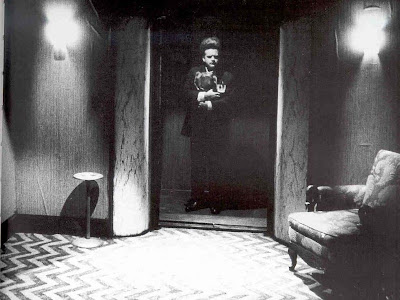 For a first time director it is a incredible piece of work - Lynch has the most fascinating yet frustratingly obtuse filmography of any noted director over the last 30 years and seeing ERASERHEAD for the first time gives me a perspective on his work I was sadly lacking.

The last half hour of the film I had to use the restroom but could not remove myself from my seat. I could not stand to have a broken viewing of the ERASERHEAD experience. It was an experience that I loved and hated; that was disgusting yet beautiful and one that I could do without ever seeing again but still am looking forward to revisiting. *

The Colony Theater in North Raleigh showed ERASERHEAD as part of their Cool Classics @ The Colony series and I was amused to see that they dug up a couple of old trailers of a few obscure 70's flicks to screen beforehand. The first was for THE CHICKEN CHRONICLES which was Steve Guttenberg’s first film and the second was a Robbie Benson (a forgotten teen heart-throb) vehicle called DIE LAUGHING which also featured Bud Cort and Charles Durning. They were both hilarious additions to the marvelous mid-night movie-show.

Excellent. Glad you kinda sorta enjoyed it. I saw it for the first time just a few months ago and came away with a similar feeling, I think.

Don't feel bad - I saw "Eraserhead" for the first time late last year - and I'm old enough that I have could have seen it when it was first released.

Great write-up. I "loved it and hated it" myself; it's a very compelling and interesting film, but it's often painful to watch. Especially the scnes of that whimpering, mutant baby - yecch!