Christopher Nolan: The Man and His Motifs Part 1 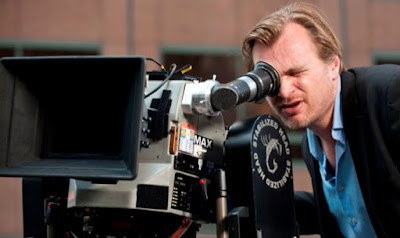 As I’m about to watch TENET for the first time - something I’ve been waiting to do since its release last summer (I chickened out going to the theater), I thought I’d revisit this article I wrote about its Director, Christopher Nolan, for the Chinese magazine Front Vision in 2017. As the magazine is aimed towards young people, my style is a bit different from my usual babble.

In the nearly two decades since his acclaimed 1998 thriller FOLLOWING, Christopher Nolan has joined the elite club of major filmmakers such as Steven Spielberg, Peter Jackson, James Cameron, and J.J. Abrams, that are household names.

This is largely because of Nolan’s immensely popular DARK KNIGHT trilogy, in which the screenwriter/producer/director re-wrote the rulebook on how a dormant franchise can be rebooted, a beloved character can be revitalized, and a genre can be completely re-imagined.

But to understand why so many critics throw around the words “visionary” and “cinematic genius” when writing about Nolan, and to get a better perspective on the themes and ideas expressed in his work, one must start with his childhood obsession with a low budget science fiction flick that took the world by storm forty years ago.

Nolan was seven years old in 1977 when he first saw George Lucas’ game changing blockbuster STAR WARS (later re-titled STAR WARS: EPISODE IV - A NEW HOPE), and it no doubt made him realize how powerful and transcendent movies can be.

At the Tribecca Film Festival in 2015, Nolan told the audience that in his youth he’d been “experimenting using Super 8 films and stuff. And then from the second I saw ‘Star Wars’ everything was space ships and science-fiction.”

This led to of one of Nolan’s first amateur films, SPACE WARS, a title obviously inspired by Lucas’ sci-fi epic, which was a stop motion animation short that the British born Nolan made with his buddies in Evanston, Chicago (his family had relocated there from London).

These influences can be felt throughout Nolan’s filmography which began in proper in 1989 with a short entitled TARANTELLA. Other shorts followed - LARCENY (1995), and DOODLEBUG (1997) - without much notice, but his first feature length film, 1998’s FOLLOWING, a black and white film made for $6,000, turned a lot of critics’ heads and won awards and Nolan’s career was off and running.

FOLLOWING is an odd, disturbing story about a man (Jeremy Theobald) who follows various strangers around the streets of London until he is called out by one of his subjects (Alex Hall), and the two start a series of robberies together. The narrative is non linear as it cuts back and forth through time with its strands intensely coming together at its conclusion revealing its twist.

This formula was also used in Nolan’s second film, MEMENTO, which had a much bigger budget ($9 million), which meant color film and a shinier polish. But while Nolan directed, wrote, edited, co-produced, and did the cinematography for his first film, his second was a more collaborative effect. 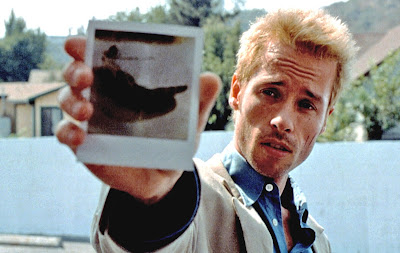 MEMENTO was based on a pitch by Nolan’s brother, Jonathan. Nolan adapted it into a screenplay, and handed over the cinematography and editing duties to Wally Pfister and Doddy Dorn, and the producing duties to Suzanne Todd, and Jennifer Todd. Nolan’s wife, Emma Thomas, also co-produced as she’s done on all of her husband’s films.The film concerns an insurance agent (Guy Pearce), who is on the trail of his wife’s murderer, but his anterograde amnesia keeps throwing him off track. MEMENTO put Nolan on the movie map aided by a wave of glowing reviews, including many placings on critics’ lists of the best films of 2000, and two Academy Award nominations (for Best Editing and Best Screenplay). The scenes in both FOLLOWING and MEMENTO reward active viewing as they are like puzzle pieces that the audience has to move around in their minds in order to figure out where they fit in the plot. For Nolan’s third project, INSOMNIA, the director moved into the realm of adaptation as the film is a remake of a 1997 Norwegian film directed by Erik Skjoldbjærg. The screenplay, based on the original by Skjoldbjærg, and Nikolaj Frobenius, was written by Hillary Seitz, with Pfister and Dorn returning to shoot and edit. The much less non linear INSOMNIA stars Al Pacino as a homicide detective who works with a local cop (Hillary Swank) in a small Alaskan town to investigate a murder in which Robin Williams plays the prime suspect. It’s the most star power Nolan has worked with than before, and he pulls impressive performances out of his cast. After proving that he could handle a remake with great aplomb, Nolan’s next film would find him tackling a much bigger prospect - a reboot of a major series. After the critical failure of Joel Schumacher’s BATMAN & ROBIN, considered by many to be the worst entry in the franchise, Warner Brothers hired Nolan to help get Batman back to the basics. Along with co-writer David S. Goyer, Nolan re-invented the character’s origin story, and reclaimed the dark tone that the previous films had turned into a joke.Stay tuned for Part 2 in which we explore the DARK KNIGHT trilogy, INCEPTION, and DUNKIRK.