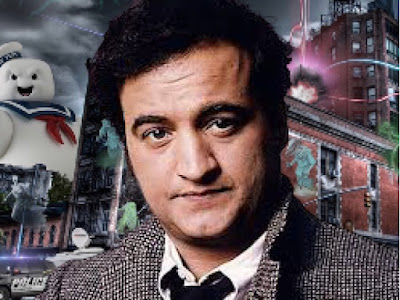 In an interview with Vanity Fair, Dan Aykroyd revealed that when he heard the news that his best friend, John Belushi had died of an overdose, he was “writing a line for John, and (talent manager and GHOSTBUSTERS executive producer) Bernie Brillstein called and said they just found him. It was a Kennedy moment... We loved each other as brothers.”

This was March 5, 1982, when Belushi died at the age of 33. He left behind 4 seasons of the classic comedy/rock late night show, Saturday Night Live, and seven movies (two were cameos). His movie output was headed by the hits NATIONAL LAMPOON’S ANIMAL HOUSE, and THE BLUES BROTHERS, but he had some flops in such works as 1941, CONTINENTAL DIVIDE, and NEIGHBORS.

But Aykroyd appeared to have a plan to put he and his blustery cohort back on top with proposed high concept comedies GHOSTBUSTERS, THREE CALLABEROS (obviously the original title of Steve Martin’s dream project), and SPIES LIKE US. That’s right – Belushi was going to star in all of these films. They were intended to further Aykroyd and Belushi’s status as a modern comic duo, but now they are fascinating to watch and wonder what could have been. 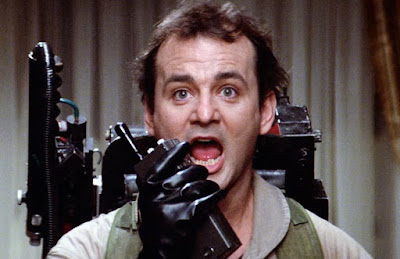 As definitive as Murray’s portrayal of scruffy, sarcastic Peter Venkman Ph.D is, it would fun to see Belushi take on the role. Now, it would be extremely different as Murray famously improvised a lot of his lines. Belushi was also a skilled improvised so he probably would’ve woven comedy gold from the big set pieces, and interaction with his co-stars, but, of course we’ll never know who would be the better Venkman.

As for the other movies, I’m going to speculate that Belushi would’ve made THREE AMIGOS better, and that he would’ve trounced Chevy Chase in SPIES LIKE US, especially since Chase walked through the film displaying supreme detachment. I bet Belushi would’ve done a lot more with the role, even if the movie would probably be as lackluster in either version.

It’s sad to acknowledge that Belushi’s career was cut short right before he could’ve re-established his stardom in a run of movies with his long-time pal, Dan Aykroyd. It’s been nearly 40 years since Belushi returned to his home planet, but at least a few of his films are classics, and there’s a lot of SNL to wade through as well as the records he made with the Blues Brothers. 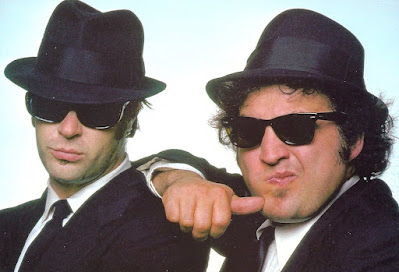 Since I was a kid, I watched every minute of Belushi’s output that I could find. Maybe that’s why I can’t help trying to picture what it would be like if the man somehow didn’t accept the injection of cocaine and morphine that took his life, and went on to make a series of successful comedies. Sure, it’s a futile premise, but I can think of worse ways to spend one’s time.