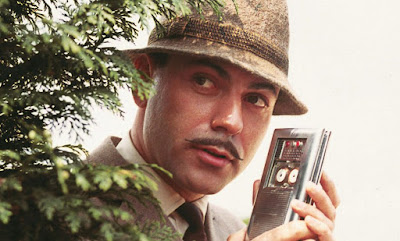 Over the course of Inspector Clouseau (sorry, Chief Inspector) film series, which began in 1964, there have been five Peter Sellers movies, two with Steve Martin, and one with…Alan Arkin?

It’s true, the future Oscar winner, between such worthier works as WAIT UNTIL DARK, and THE HEART IS A LONELY HUNTER, stepped into Sellers’ shoes for a stand-alone comic adventure in 1968 that had no involvement from the previous films’ director, Blake Edwards, no Henry Mancini score, and not a single member of the cast from either of the first two movies, THE PINK PANTHER, and A SHOT IN THE DARK (both 1964).

The series is often referred to as THE PINK PANTHER series as the first film on the franchise revolved around the largest diamond in the world, which has the flaw, when viewed closely, that resembled a leaping pink panther. Despite that only two movies in the Sellers series featured the treasured jewel, the name stuck and continued to be used after Sellers’ death in 1980.

Since the second of the series, A SHOT IN THE DARK, didn’t deal with the diamond at all, it seemed that the third Clouseau entry had also jettisoned the motif. So INSPECTOR CLOUSEAU, which I guess was one of the first reboots, was set to introduce a new lead, and a new world for his overblown antics.

So while Sellers and Edwards went off to shoot THE PARTY, Arkin and Director Bud Yorkin, whose most notable film previously was DIVORCE AMERICAN STYLE, went about attempting to make Clouseau their own. This they would find was an impossible task. 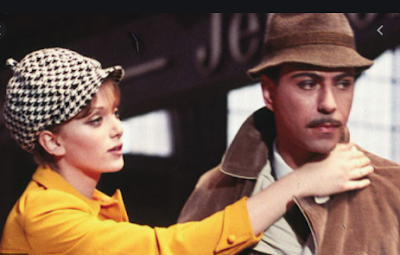 In the first, and only, Clouseau movie to not include a pre-credits scene, the film opens with the customary cartoon titles. The sequence was designed by the animation company, DePatie–Freleng Enterprises, who had done the same work on the previous Clouseau forms, so at least there’s that connection.

Afterwards, Arkin’s Clouseau is called into Scotland Yard from the Sureté to help solve a British bank robbery. Familiar to these farces, stuffy old superiors stick their noses at the feeble-minded Frenchman, assassination attempts plague him, brutish thugs elude him, and beautiful women throw themselves at him for nefarious reasons.

The plan is for the criminal gang our embecile detective is trailing to make masks of Clouseau’s so they can frame him as the mastermind behind a crime wave across Britain. This allows for Arkin to play more than one character, albeit with the same face.

This is one of those movies that makes one cringe at how hard the filmmakers are trying to make everything funny and fail nearly everytime. Sloppy slapstick, countless laughless gags, and hoards of humorless lone-liners clutter the screen all while embarrassment mounts. Actually there is one funny line:

“There is a time to laugh and a time not to laugh, and this is not one of them.”

Six years later, Sellers returned to the role of Clouseau in RETURN OF THE PINK PANTHER (1975). The film also reprised Inspector Dreyfuss (Herbert Lom), and house servant/martial arts specialist Cato (Burt Kwouk) from A SHOT IN THE DARK, which enforced the idea that Arkin’s turn was not only best forgotten, it was discounted completely. Interstingly enough, Clouseau’s tweedy hat appears to be the only element that survived from INSPECTOR CLOUSEAU to RETURN. 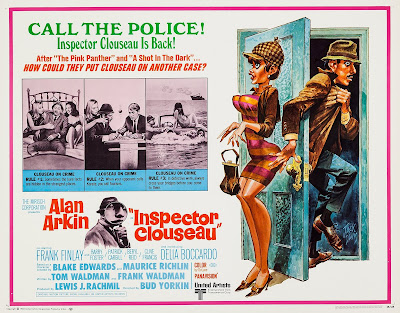 Arkin, who is a beloved actor for good reason, was simply wrong for the iconic part. His accent, which the New York Times said sounded Hispano-Slavic, was wrong; his pratfalls were forced, and his whole detached demeanor diminished joke after joke.

Obviously, Sellers’ definitive performance as Clouseau is impossible to top as Arkin, Martin, and even Roger Moore (he had a cameo as a face-lifted Clouseau in the dreadful CURSE OF THE PINK PANTHER in 1983) have found.

So the takeaway here is when you are craving some Clouseau, stick with the five films that Sellers made from 1964-1978. Everything else is a pink imitation.