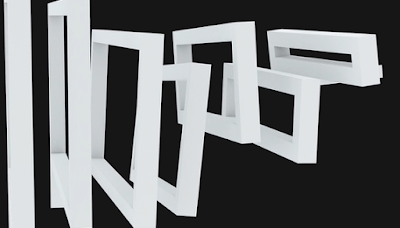 The 24th Annual Full Frame Documentary Film Festival is winding down, and I've just got a couple more docs to sum up. I saw way less non fiction films this year due to the limited roster of the online-only event, but I was mostly satisfied by the works I watched. Here's hoping that next year we can get back to the Carolina Theater, and the Marriot Convention Center for a return to a real in-person big screen festival.

I’d like to give a shout out to Adam Pyburn Motion Design for providing a great but all too brief animated trailer that ran before each feature. I worked with Pyburn, who’s produced trailers at previous Full Frames, at the Colony Theater in Raleigh over a decade ago, and I’m happy to see his art getting displayed in this fine forum. The image at the top of this post is from the spot for this year’s festival - you can see the full trailer at Pyburn’s website.

Now onto my last few films from Full Frame 2021: 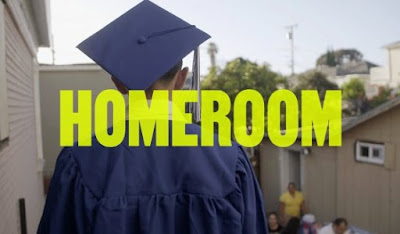 Filmmaker Nicks’ third feature-length doc comes off as more home movie-ish than the other docs at this year’s Full Frame, but that’s not a bad thing as it puts us up close to its passionate subjects. It’s surely a premise that will most likely anger conservatives with its repeated refrains to “defund the police” since it deals with students at Oakland High School in California protesting the police presence on the institution’s grounds. The film also covers how the spread of covid-19, and police shootings such as the tragic killing of George Floyd triggers the activist teens and fuels their opposition.

The closest this film has to a star is Denison Garibo, a Latino student member of the Oakland School District, who tries to keep his cool as he attends meetings and hearings with cops and even Oakland’s mayor Libby Schaaf, who is as condescending as humanly possible. THE HOMEROOM, which is considered the third film in Nicks’ Oakland trilogy (the other films being 2012’s THE WAITING ROOM, and 2017’s THE FORCE, is a talk-filled time, but it’s never not compelling, and if you’ve never heard the term “hella” * (as in “a hella lot of food”) you’ll hear it a hella lot here.

* The slang word originated in Oakland, something I did not know before this doc. 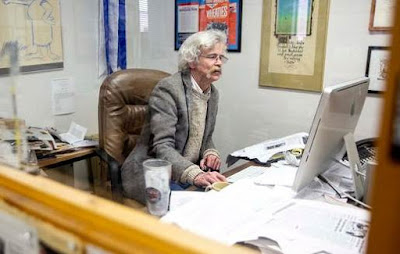 My final film at the fest focuses on the daily operations at a Pulitzer Prize winning newspaper in the small town of Storm Lake in Iowa. The central figure of the doc is Art Cullen, the Editor of the Storm Lake Times, who is described as lanky, and white haired by one commenter, and “the voice of the Democrats in BV (Buena County).” Members of Cullen’s family also work for the paper, which has been in business since 1990.

The subjects that are tackled in the doc’s less than 90 minute running time are immigration, farming, and local politics. As the film largely takes place in early 2020, the Presidential campaign is touched upon with brief cameos by Elizabeth Warren, Pete Buttigieg, and Amy Klobuchar, who quips that she can “see Iowa from her porch.” A couple of things this modest movie taught me were about News Deserts, which are small communities that have no newspaper outlets, and that there are still newspapers that have TV listings.

I enjoyed STORM LAKE greatly. This is partly because I’ve written for newspapers and find their processes compelling. One of the only issues I have is that the pandemic is clumsily introduced into the narrative. But overall this is a stimulating look at people who love their jobs and take them seriously. As newspapers are fading, it’s inspiring to see one that’s still thriving in the world of fake news, even if they have years with little profit. I haven’t seen any of Directors Levison and Risius’ previous projects, but this fine film encourages me to seek out their other work.

So that’s yet another Full Frame. Obviously it was a very different experience as I had to watch all the docs on the small screen usually while in pajama pants. I am extremely hopeful that things will be better in the future normal, and that I can join my fellow film fans in dark rooms for powerful picture shows. That can’t be too far off, right?

If you haven’t already, please check out my coverage in Part 1, and Part 2.