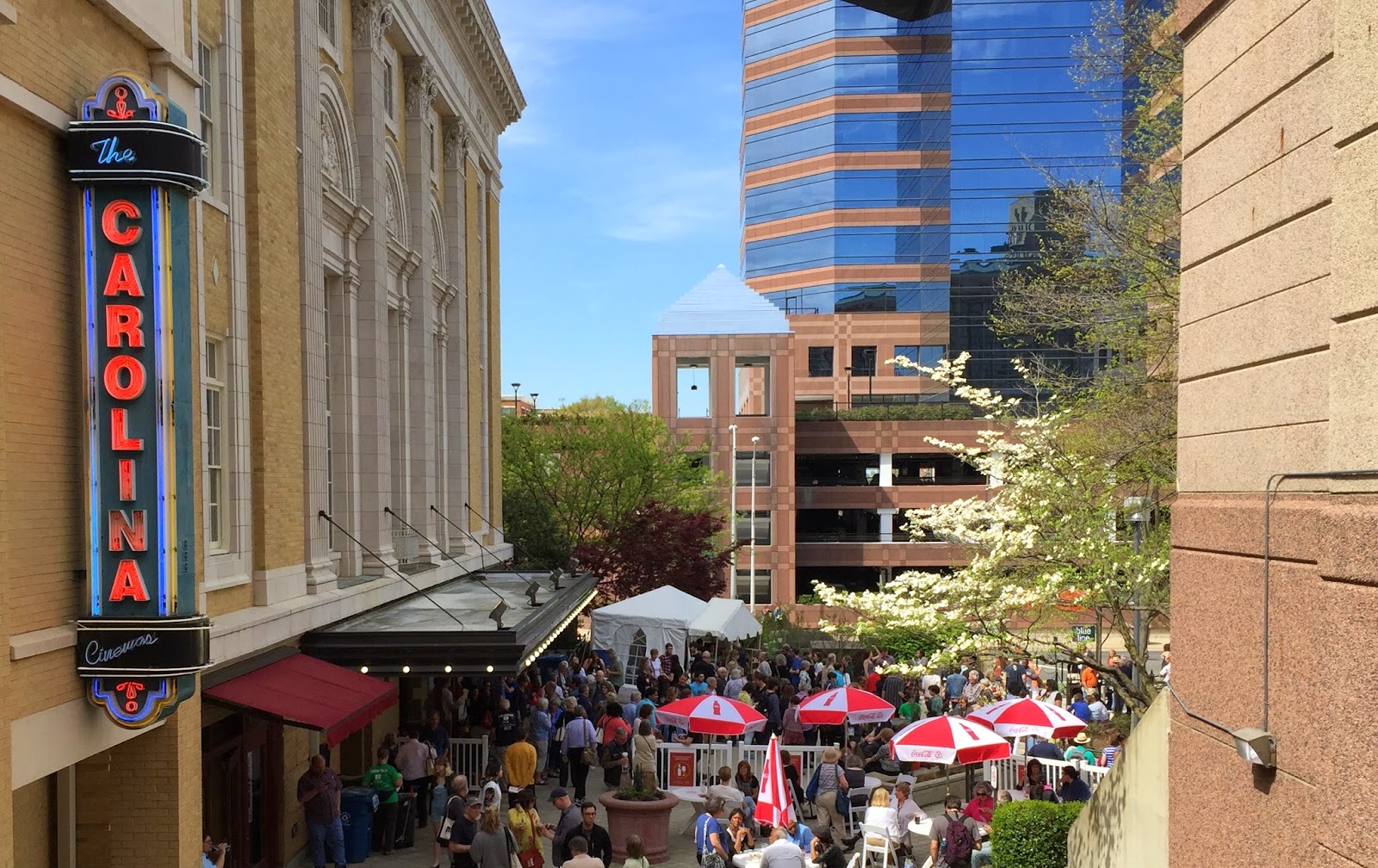 The 2015 Full Frame Documentary Film Festival was, as usual, quite a feast of non-fiction, and after four days I am very stuffed. So before I crash, I'll get right to the docs I attended out of the dozens screened on Saturday, April 11th, and Sunday, April 12th. (Oh, yeah – please visit my recaps of Day 1, and Day 2):

First up, Brad Barber and Scott Christopherson's PEACE OFFICER, the story of former Sheriff William “Dub” Lawrence's investigation into the 2008 homicide of his son-in-law by the SWAT team Lawrence originally created. Other similar cases involving inappropriate uses of force by the police are touched on in this calmly delivered treatise on what many call the militarization of law enforcement. Disturbing crime scene photos, news reports, and raw footage of SWAT raids capture the eye, but it's Lawrence's softly spoken dissection of the matter that is most compelling. 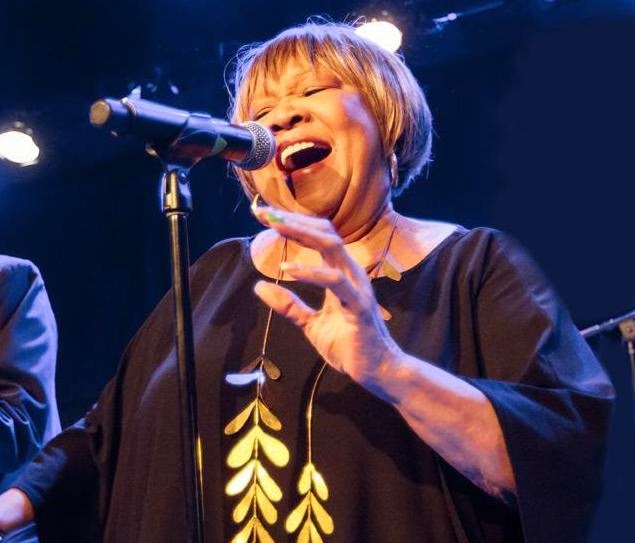 Next, I thoroughly enjoyed MAVIS!, Jessica Edwards’ biodoc of gospel/soul singer Mavis Staples. Sure, it's got the expected mix of interviews, concert footage, archival TV appearances, but its warmth and affection for its legendary subject elavates it greatly above the standard music doc formula. Staples dicusses her history with the Staples Singers who had a string of hits in the '60s and '70s, her solo career, her collaboration with Prince, her recent comeback which included winning her first Grammy for her produced 2011 album “You Are Not Alone,” which was produced by Wilco's Jeff Tweedy, and, most importantly her close relationship with her father, gospel R & B icon Pops Staples.

One of many highlights deals with Bob Dylan's marriage proposal to Ms. Staples in the '60s (he ran it by Pops first). She says she “didn't take it to heart,” however “we may have have smooched.” Edwards' exceedingly endearing portrait also offers plenty of powerful live performances. In one clip, Staples promises her audience that she and her band have come to “bring some joy, some happiness, inspiration, and some positive vibrations.” I felt all of those things while watching this wonderful portrait. 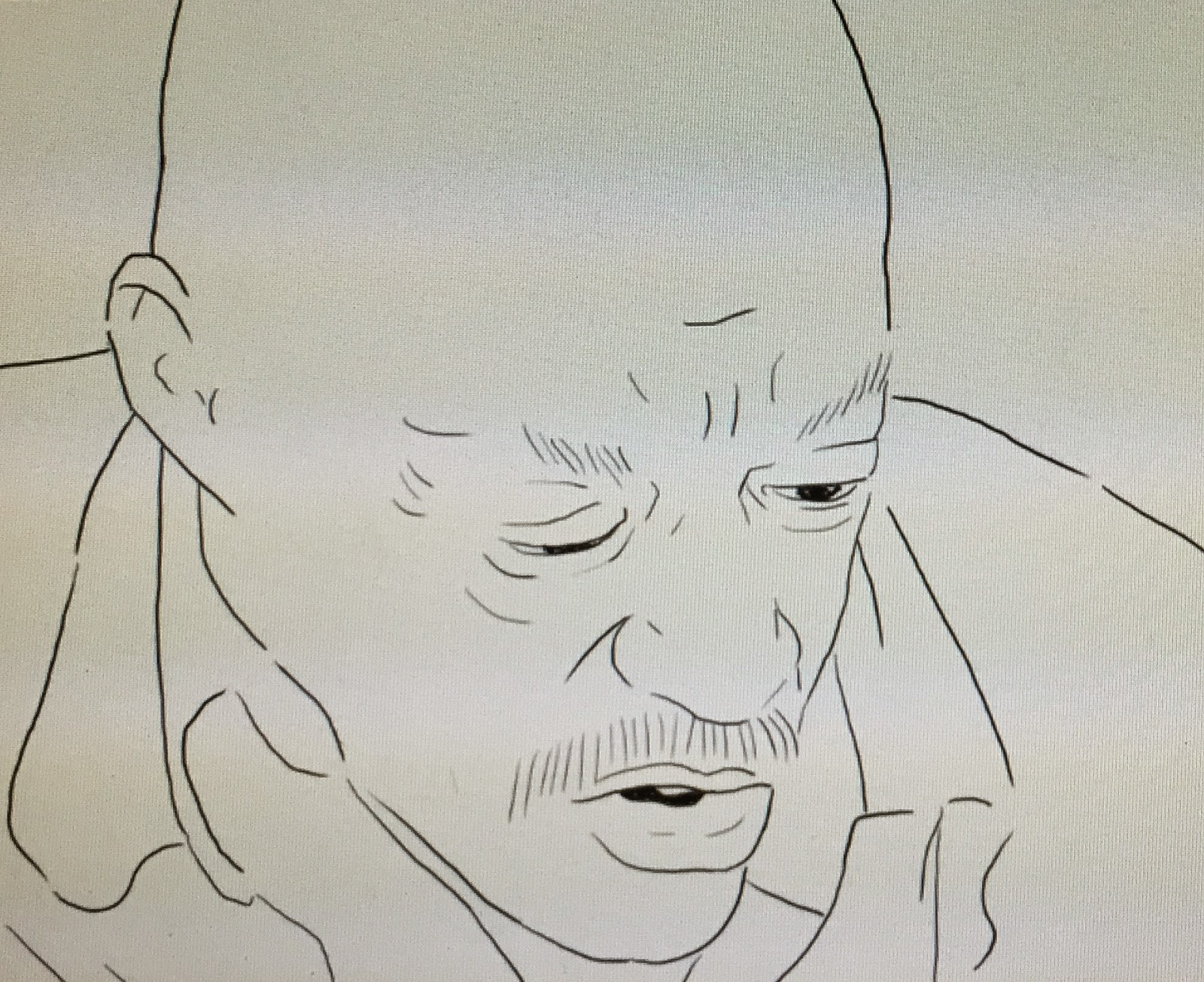 Dee Hibbert-Jones and Nomi Talisman's LAST DAY OF FREEDOM moved me more than I thought an animated short doc with starkly spare imagery could. The 30-minute film illustrates the visage and memories of Bill Babbitt, whose Vietnam vet brother Manny was executed in 1999 for the murder of a 78-year old woman in 1980. Babbitt, still shaken after all these years, tells how he feels his brother has been done wrong by the system, which didn't take into account that he was suffering from post-traumatic stress disorder. I can totally see this emotionally impactful short getting an Oscar nom. * 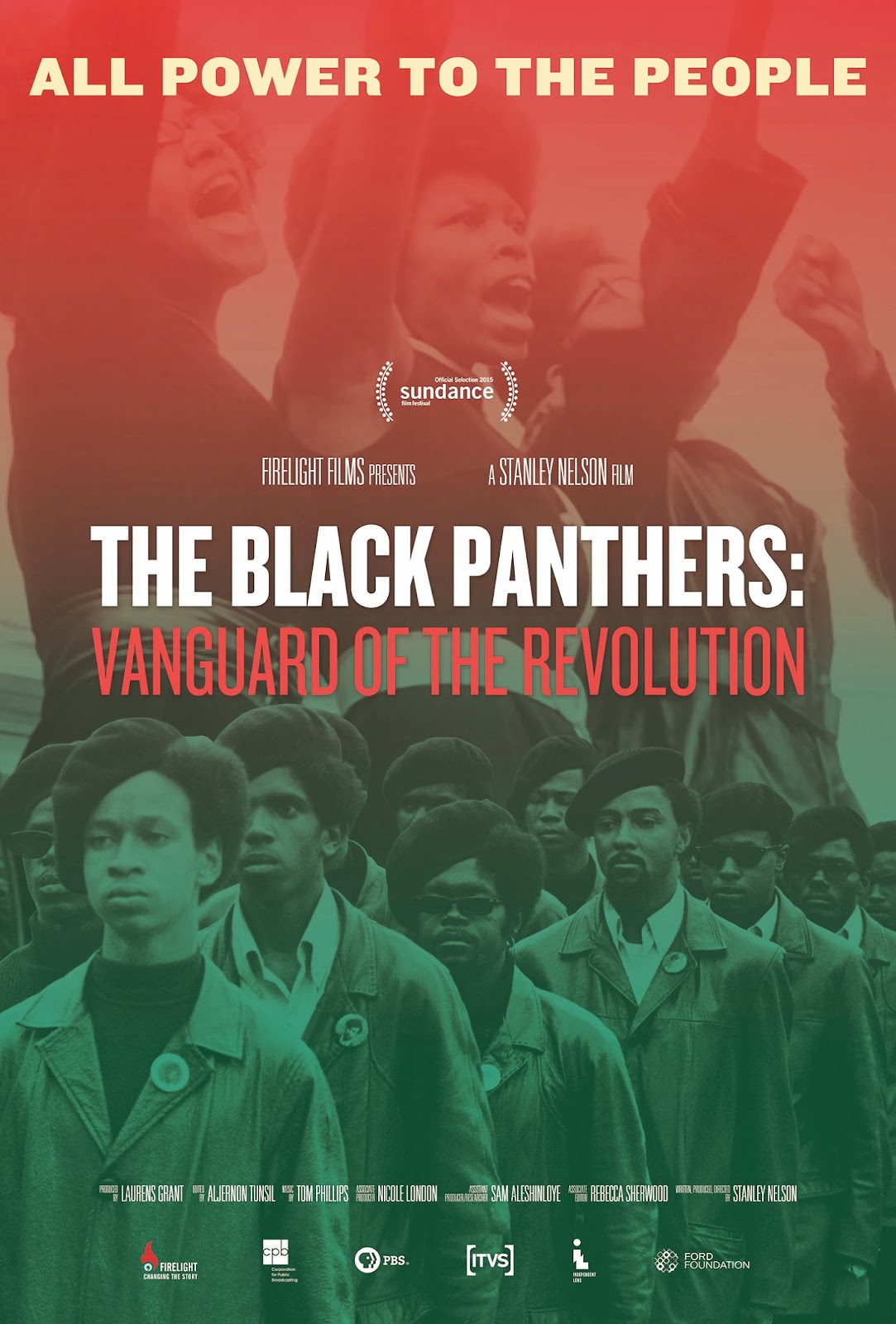 Now, I’ve heard about the revolutionary nationalist organization, the Black Panther Party my whole life, getting bits and pieces of their story here and there, but I never got the full picture until veteran filmmaker Stanley Nelson (WOUNDED KNEE, JONESTOWN, FREEDOM RIDERS) schooled me, and a full Fletcher Hall house, on the subject Saturday night. It was via Fletcher's newest historical doc, THE BLACK PANTHERS: VANGUARD OF THE REVOLUTION, the third Center Frame screening at the fest this year, a vital, electric, and sadly timely history lesson that everyone should be taught.

With rare archival footage, new interviews with surviving former members, vintage news reports and the like, Nelson takes us through the brief but explosive period in the late ‘60s, in which the Panthers, headed by Huey Newton and Bobby Seale, rose to power in the black community. Fighting against police brutality and for more freedoms for their people, the Panthers made many enemies including FBI Director J. Edgar Hoover.

In the film’s most striking sequence, one of the movement’s leaders, Fred Thompson (who has a cameo in another film at the fest, HERE COMES THE VIDEOFREEX), is murdered in a raid by Chicago police in conjunction with the FBI. This was mainly because, as the Bureau’s documents later revealed, they wanted “to prevent the rise of a black messiah.”

But this blurb barely scratches the surface of the wealth of information and insight into the world of the Panthers Stanley’s film powerfully provides. THE BLACK PANTHERS is set for limited release in September, so keep an eye out for it. 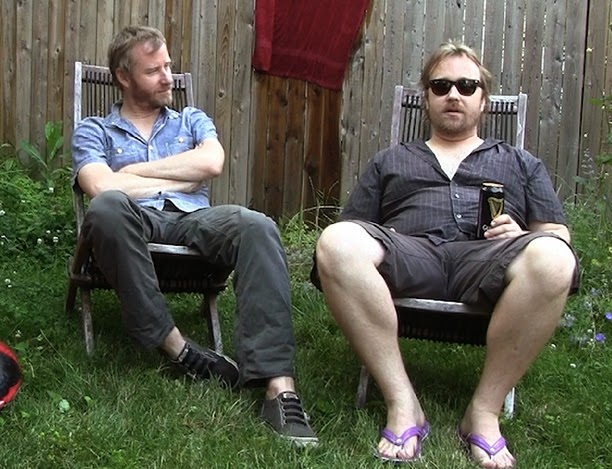 As I've said before many times, the last slot of the evening on Saturday night at Full Frame is a perfect one for a rock doc, and this year Tom Berninger's MISTAKEN FOR STRANGERS really hit the spot. The filmmaker is the brother of Matt Berninger, the frontman for the indie rock band The National, and his film concerns Tom's disastrous stint working as a roadie on the band's 2010-11 European tour.

Sloppily shot, yet infused with an undeniably crude sharm, this project amusingly deals with Tom having to cope with having a famous rock star sibling, while coming to terms that he has to get his life together. It's a funny, shabby, and fussy doc, much like its maker, and I enjoyed the flashy live footage despite its choppiness (i.e. don't go to this film expecting much in the way of full musical performances). 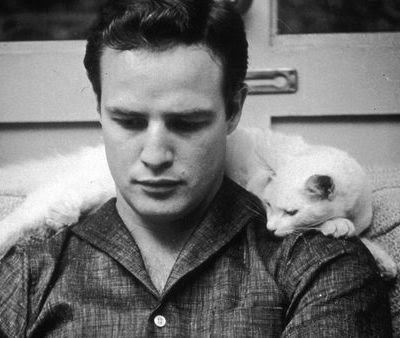 There have been many Brando documentaries before, but Steven Riley’s LISTEN TO ME MARLON distinguishes itself by being largely narrated by the man himself. With access to hundreds of hours of audio tapes Brando had recorded throughout his career, Riley and co. have taken the most telling excerpts, supplemented them with an engrossing collage of film clips, screen tests, production stills, and many never before seen photos, and constructed the most intimate Brando biodoc to date.


It starts off weirdly with a digitally animated 3D image based on facial scans Brando made not long before his death in 2004, but settles into a thankfully more conventional groove. It’s fascinating to hear Brando discussing his method acting approach (including much praise his acting teacher Stella Adler), his failed marriages, his son Christian’s murder conviction, and resolving his issues with his father.

Of course, film fans will relish hearing him dish on such films as ON THE WATERFRONT, MUTINY ON THE BOUNTY, CANDY (“worst movie I ever made in my life”), THE GODFATHER (“I wasn’t sure I could play that part either”), and especially APOCALYPSE NOW (“I read the script and it was stupid, it was awful. I told Francis, ‘you’re making an enormous error’”). LISTEN TO ME MARLON should satisfy long-time fans, newbies, and folks who are curious to get a glimpse behind the curtain.

Lastly, for sure, the funniest doc of the fest this year, but with a title like DRUNK STONED BRILLIANT DEAD: THE STORY OF THE NATIONAL LAMPOON it really had to be. 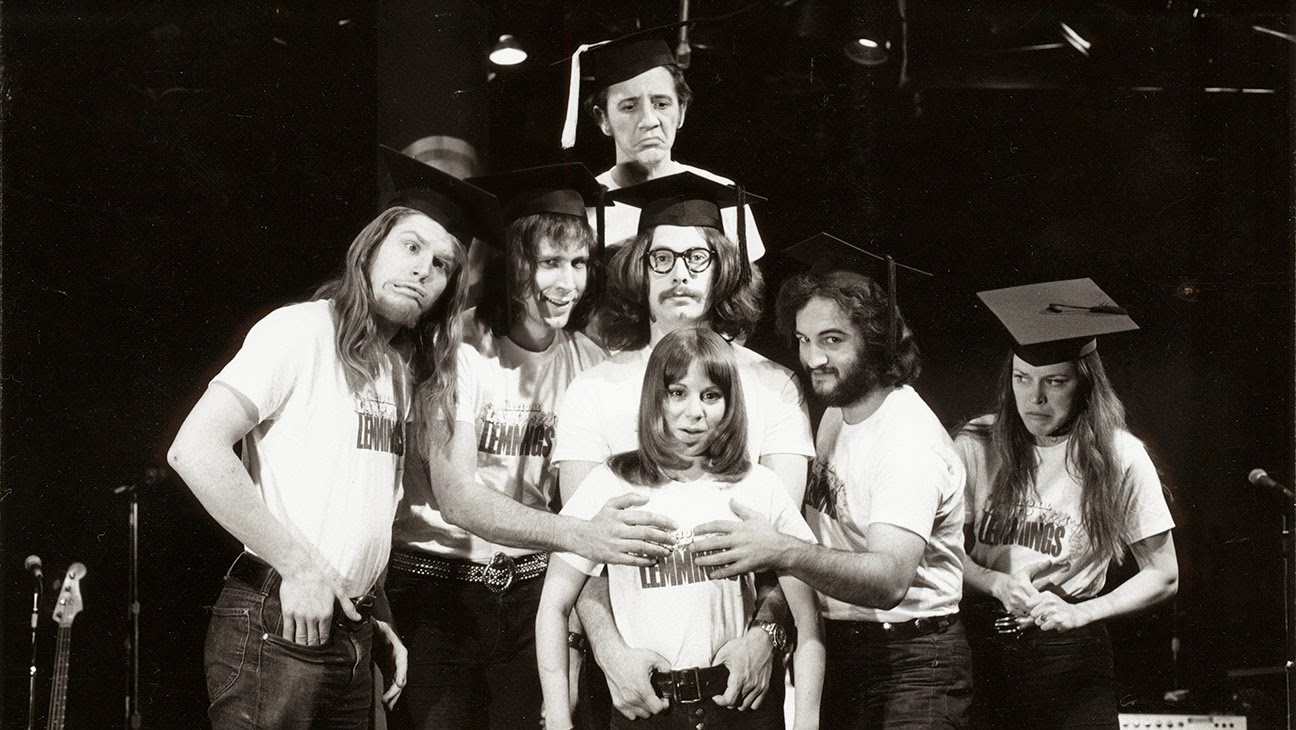 Director Doug Tirola (ALL IN: THE POKER MOVIE, HEY BARTENDER) has done a great job here of depicting the history of how the legendary humor magazine became a comedy institution that produced live shows like “Lemmings” (launching the careers of John Belushi, Chevy Chase, Christopher Guest), classic records like “That’s Not Funny, It’s Sick,” and, most importantly for the masses, smash hit movies like ANIMAL HOUSE and VACATION.

The story of National Lampoon is largely the story of co-founder Doug Kenney, considered by many to be the heart of the original publication. Kenney, who you may know as Stork in ANIMAL HOUSE (which he co-wrote), was the charismatic comic genius behind much of the Lampoon’s most popular parodies in the ‘70s, but he would disappear for long periods of time, and his death in 1980 falling from a cliff in Hawaii has his friends and colleagues still scratching their heads as whether it was suicide or an accident.

Chase has been well documented as being an asshole, but in his interview segments here he’s actually charming and funnier than I’ve seen in years; it’s touching to see him a little choked up when he says Kenney was his best friend. Also worth mentioning is Tirola’s clever linking device of using hundreds, maybe thousands, of images of vintage cartoons, graphics, and art from the magazine with the word bubbles changed to echo the relevant quotes spoken onscreen.

Being a comedy nerd from way back, I really dug DRUNK STONED BRILLIANT DEAD. Those in attendance Fletcher Hall that Sunday afternoon appeared to too as they laughed so hard at some bits that it was hard to hear the next thing said onscreen. That’s something I bet Tirola, who told the crowd at the Q & A after, that they were “the best audience,” took as a very good sign.

Okay! So that's another Full Frame. Thanks for reading and stay tuned to this space for more Film Babble Blog Fun.

* LAST DAY OF FREEDOM won The Full Frame Jury Award for Best Short at the Awards Barbecue on Sunday. Click here to see the full list of winners. 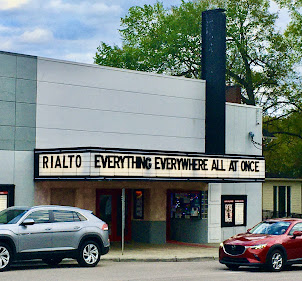