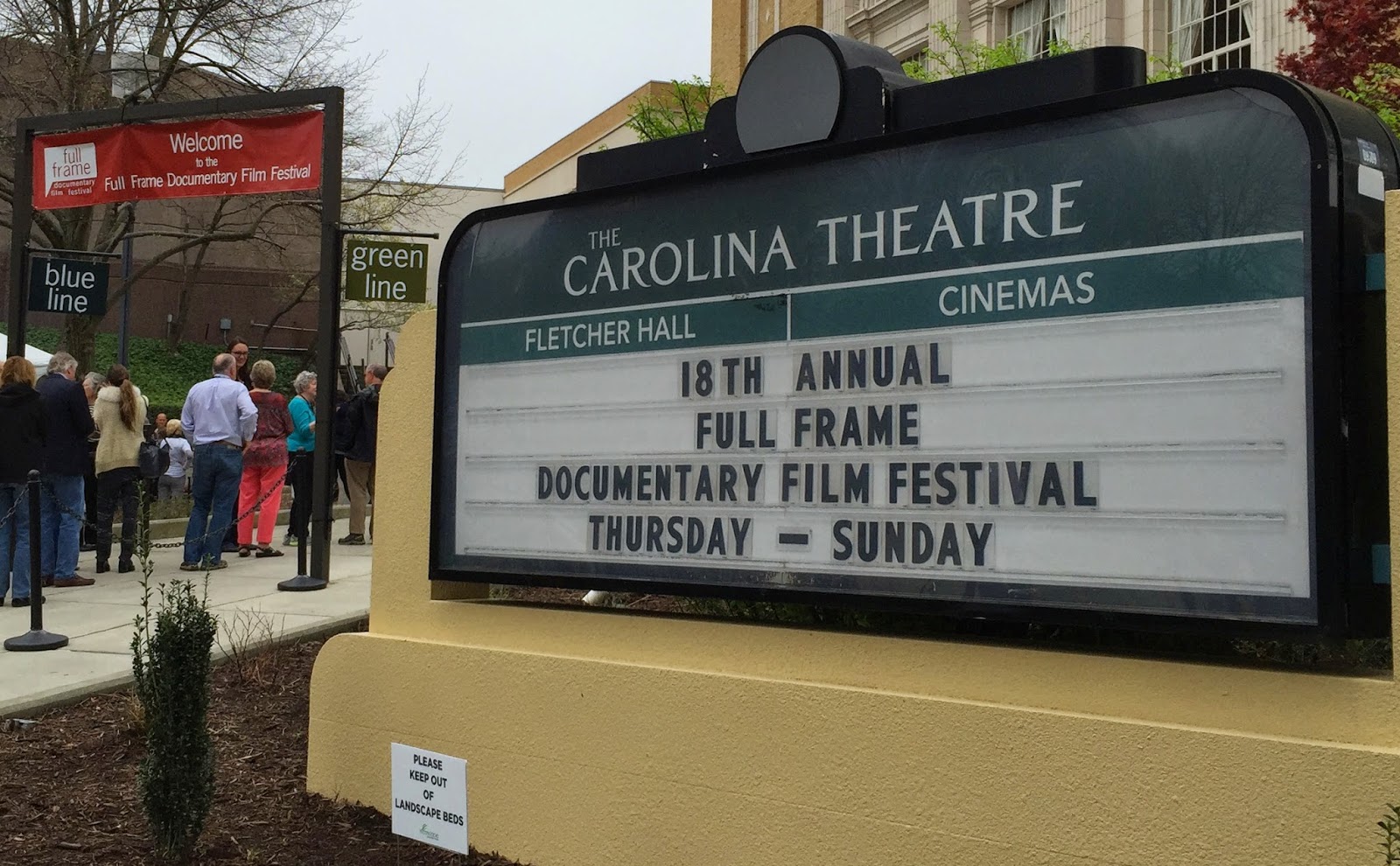 Looking back on my coverage of years past, it looks like the first day of the Full Frame Documentary Film Festival is usually an overcast, gray day. This year was no exception for the annual event, now in its 18th year.

But, of course, the downbeat weather didn’t deter film fans from filling up the screening rooms at the Carolina Theatre and the Marriott Convention Center in downtown Durham, N.C., to see what they could out of the 49 new docs, including 12 World Premieres, 13 North American Premieres, and two U.S. Premieres, which will be showing Thursday through Sunday. 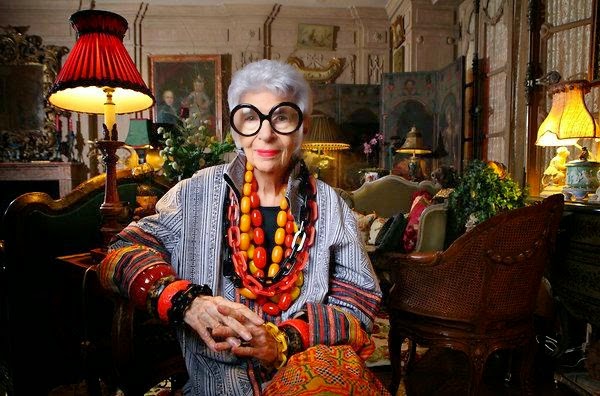 In Programming director Sadie Tillery’s introduction, she spoke of having the filmmaker in her thoughts since his death, and missing his presence at the festival. It was a sentiment that was felt throughout the fine, very funny film, a biopic of fashion and interior design innovator Iris Apfel.

IRIS feels like it was shot over the course of a few weeks or months with Maysles following around the now 93-year old Apfel as she tries on flamboyant outfits, attends high profile events, and putters around her and her husband Carl’s Park Avenue apartment filled with scores of eye-catching antiques, but co-producer Rebekah Maysles, daughter of the late director, said in the Q & A after the screening that it was filmed over the course of three years.

In between the modern day visits with the Apfels, we get bursts of back story via vintage photos, many magazine covers, and insightful interviews that trace how the style maven went from working at Women’s Wear Daily to working on White House Restoration projects for nine administrations (“We had a problem with Jackie,” Carl says, but Iris doesn’t let him explain), to founding her own company, Old World Weavers.

Just about everything the “geriatric starlet,” as she calls herself, is pricelessly witty, like when she quips that she’s “very much alive and just walking around to save funeral expenses,” and the film pops with every cut – largely due to Apfel’s many crazy wardrobe changes. The much missed Maysles, who can be seen a few times onscreen, has made a portrait as vibrant, colorful and funny as its still thriving subject. Oh, and I loved seeing how many pairs, in different styles and colors, she has of her trademark over-sized, thick framed, cartoonishly round eyeglasses. 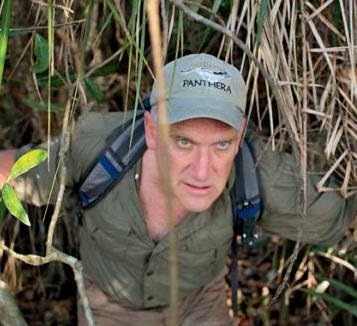 Next up, I was pretty taken by TIGER TIGER, the new doc by George Butler (PUMPING IRON, GOING UPRIVER). The film follows Dr. Alan Rabinowitz, co-founder of Panthera (a non-profit big cat conservation organization), who tells us that he’s been “tracking and studying tigers and convincing governments to save those tigers for at least the last 25 years,” as he travels to the Sundarbans to do what he can for the endangered Royal Bengal Tiger population.

There is extra weight added to the mission as Rabinowitz reveals he has Leukemia, and that this may be his last expedition. Rabinowitz's calm and soft spoken manner entertainingly educates us on the dangers the tigers face (especially when it comes to the Chinese medicine trade), the close-up video footage of the tigers in the wild is stunning, and the film is lushly shot by cinematographer Tom Hurwitz (THE QUEEN OF VERSAILLES). TIGER TIGER is a real winner of a wildlife doc. 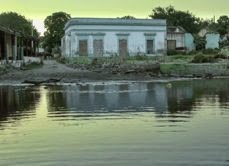 The film that followed for me, Betzabé García's KINGS OF NOWHERE (Spanish title: LOS REYES DEL PUEBLO QUE NO EXISTE) was way less engrossing. With no narrator, or narrative really, the film focuses on three families who live in a flooded village in Northwestern Mexico. Everybody else has moved away so we get to hear their stories of what used to be, and how they get along daily. That is, in between long stationary shots of the ruins and the rivers that run through them. The serene shots of the crumbling buildings and tortured terrain are well composed, and there's a few fascinating anecdotes here and there, but the film drags so much that it feels a half hour longer than its 83 minute running time.

Finally, the last film for me of the day was the highly anticipated, much buzzed out rock doc, Brett Morgen's KURT COBAIN: MONTAGE OF HECK (horrible title, but it was the name of a mixtape Cobain made so there's that). 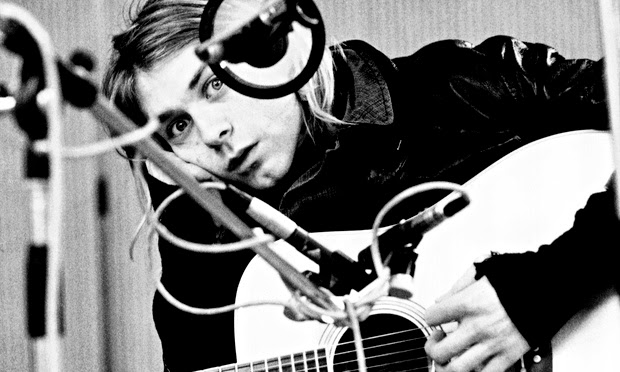 The bloated biodoc, which will premiere on HBO on May 4th, was definitely the loudest doc I saw all day (enough to make some old couples leave). The effect can be jarring when cutting to the quieter interview segments which feature family members, bandmate Krist Novelselic, widow Courtney Love, and most interesting, Cobain's ex-girlfriend Tracy Marander. But for some reason, no Dave Grohl!

At 132 minutes, this is an everything but the kitchen sink doc that really should've been gutted. The animated scenes are gratuitous, there's way too much poorly shot video of Kurt and (an often topless) Courtney goofing off, and there's no reason to have two almost full songs from Nirvana's MTV Unplugged set, as legendary a landmark as it was, when that material is so well known, and arguably overplayed already.

The hodge podgy MONTAGE OF HECK has a lot of intriquing stuff in it, but its all over the place as its trying to be in your face at the same time, and that took away from what could've been a more essential, and more emotional experience. Still, hardcore fans should dig how much of it has never been seen before.

Okay! So that wraps up day 1 of Full Frame 2015. Check back tomorrow for coverage of Day Two, and for live tweeting of the event follow @filmbabble.