To celebrate that a spiffy brand new DVD of Linklater’s 1991 cult classic debut film SLACKER is now available as part of the Criterion collection, DAZED AND CONFUSED has just been re-released on DVD with some new special features as the “Flashback Edition,” and Linklater’s most recent film BEFORE SUNSET is also new out on DVD, I’ve decided to give the man his Film Babble Blog due.

So here it is, starting with: 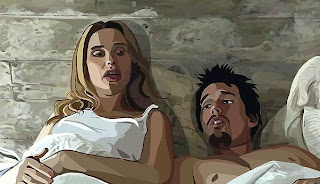 5 Great Lines From The Mouths Of Richard Linklater Characters:

1. “Withdrawing in disgust is not the same as apathy.” - This was written on a card handed to somebody in S (This line was quoted in R.E.M.’s “What's The Frequency Kenneth?” from their 1995 album “Monster.”

2. “George Washington was in a cult, and the cult was into aliens, man.” - Slater (Rory Cochrane, DAC)

3. “Your kids have all really touched me, and I'm pretty sure that I've touched them.” - Dewey Finn (Jack Black, SOR) (written by Mike White) 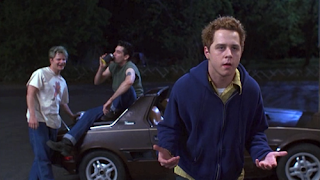 5. “Did you ever have a job that you hated and worked real hard at? A long hard day of work. Finally you get to go home, get in bed, close your eyes. And immediately you wake up and realize that the whole day at work had been a dream. It's bad enough that you sell your life for minimum wage but now they get your dreams for free.” (Guy Forsyth, WL)

1. BEFORE SUNRISE
2. DAZED AND CONFUSED
3. SLACKER
4. WAKING LIFE
5. BEFORE SUNSET