BIRDMAN: A Work Of Bizarre Genius That Will Blow Audiences Away


Now playing at an indie art house near me: 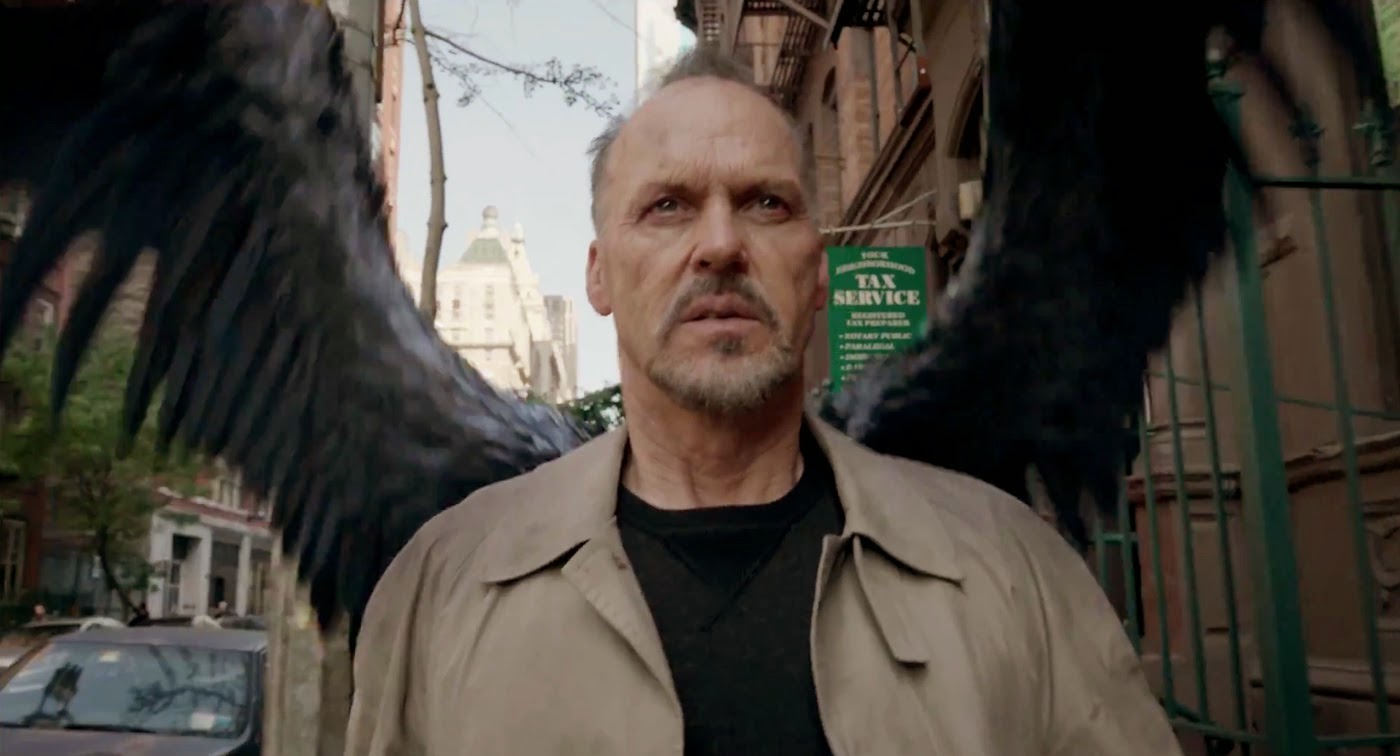 Alejandro González Iñárritu’s much buzzed about fifth film BIRDMAN may be a comedy, but it’s as dark, layered, and intense as his dramas AMORES PERROS, 21 GRAMS, BABEL, and BIUTIFUL.

It’s a stunning, magnificent motion picture – one of the year’s best films - that’s bubbling with energy as it juggles a slew of themes, along with excellently edgy performances, and tireless camerawork.

All this and it’s also a major comeback for Michael Keaton, in his first lead role in ages, as an actor who formerly starred in a superhero franchise who’s staging a comeback – how’s that for meta for the former Batman star?

Keaton’s character, Riggan Thomson, wants to prove himself, do “something that matters,” by writing, directing, and starring in a Broadway production, his adaptation of the Raymond Carver short story “What We Talk About When We Talk About Love.”

The film, gorgeously shot by Emmanuel Lubezki (GRAVITY, THE TREE OF LIFE, CHILDREN OF MEN), is structured like one long take – a continuous uncut flow that immediately catches you in its sweep. You’ll really get to know the hallways, dressing rooms, and all of the backstage nooks and crannies of Broadway’s St. James Theatre where it largely takes place.

The narrative is mostly from Keaton’s point of view – a sweaty, stressed out head space that’s bordering on insanity as he often hears the gravelly voice of his alter ego, Birdman, saying stuff like “You were a movie star, remember?”

Others snaking in and out of the storyline include Emma Stone as Keaton’s daughter/assistant fresh from rehab, Zach Galifianakis as Keaton’s agent/lawyer/best friend, Amy Ryan as Keaton’s ex-wife, Andrea Riseborough as Keaton’s possibly pregnant girlfriend/co-star, Naomi Watts (also currently appearing in ST. VINCENT) as the lead actress in the play, and Edward Norton as a hotshot stage actor, who’s a last minute replacement after a loose lamp injures the original lead.

The Birdman voice in Keaton’s head claims he made the light fall, because he’s not really just a Hollywood has-been, he has telekinetic powers and can fly – of course, only in his mind, but the film has a lot of fun going with this surreal mind frame.

The sequences concerning the disastrous previews of the play are amusingly nerve wracking - one stage-set scene involving Norton getting a hard on in bed with Watts is a hilarious highlight. At another performance, during the same act, Keaton gets locked out of the theater with his bathrobe caught in the door. In only his underwear, he runs through Times Square through the crowds of theatre goers, fan boys, tourists, and assorted New Yorkers and becomes a viral sensation.

It’s a funny statement on our fame obsessed culture, one that sharpens when a cruel critic (an acidic Lindsay Duncan) tells Keaton: “You’re a celebrity, not an actor.”

Duncan’s not the only one who takes Keaton down – Stone rags on her dad for being out of touch: “You hate bloggers, you mock Twitter, you don't even have a Facebook page!”

Norton’s talented yet arrogant Mike Shiner threatens to steal the show from Keaton, but the actors’ scenes together show them matching each other’s intensity – both deserve Oscar nominations, or whatever awards season action they surely will receive.

Only Keaton’s inner Birdman seems to be there to build him up.

Iñárritu, who co-wrote the film with Nicolás Giacobone, and Alexander Dinelaris, Jr., who collaborated with him on BIUTIFUL and first-time screenwriter Armando Bo keeps the visceral momentum going through the film’s two-hour running time. It never dragged or went off point, and when I wasn’t laughing, a wicked smile was curled up on my face. When Keaton’s delusional state takes over in the last third, with superhero special effects and crazy imagery such as a ginormous squawking bird-creature towering over the city, it’s a twisted Terry Gilliam-eque delight.

Keaton’s Riggan Thompson may be covered in flop sweat, but he’s got a smash on his hands here for BIRDMAN is a work of bizarre genius that will blow audiences away.

As they say, ignorance is bliss.

I can't wait to see this. I'm expecting something brilliant so I might have to write something on my blog!