Seeing CITIZEN KANE At The Cary 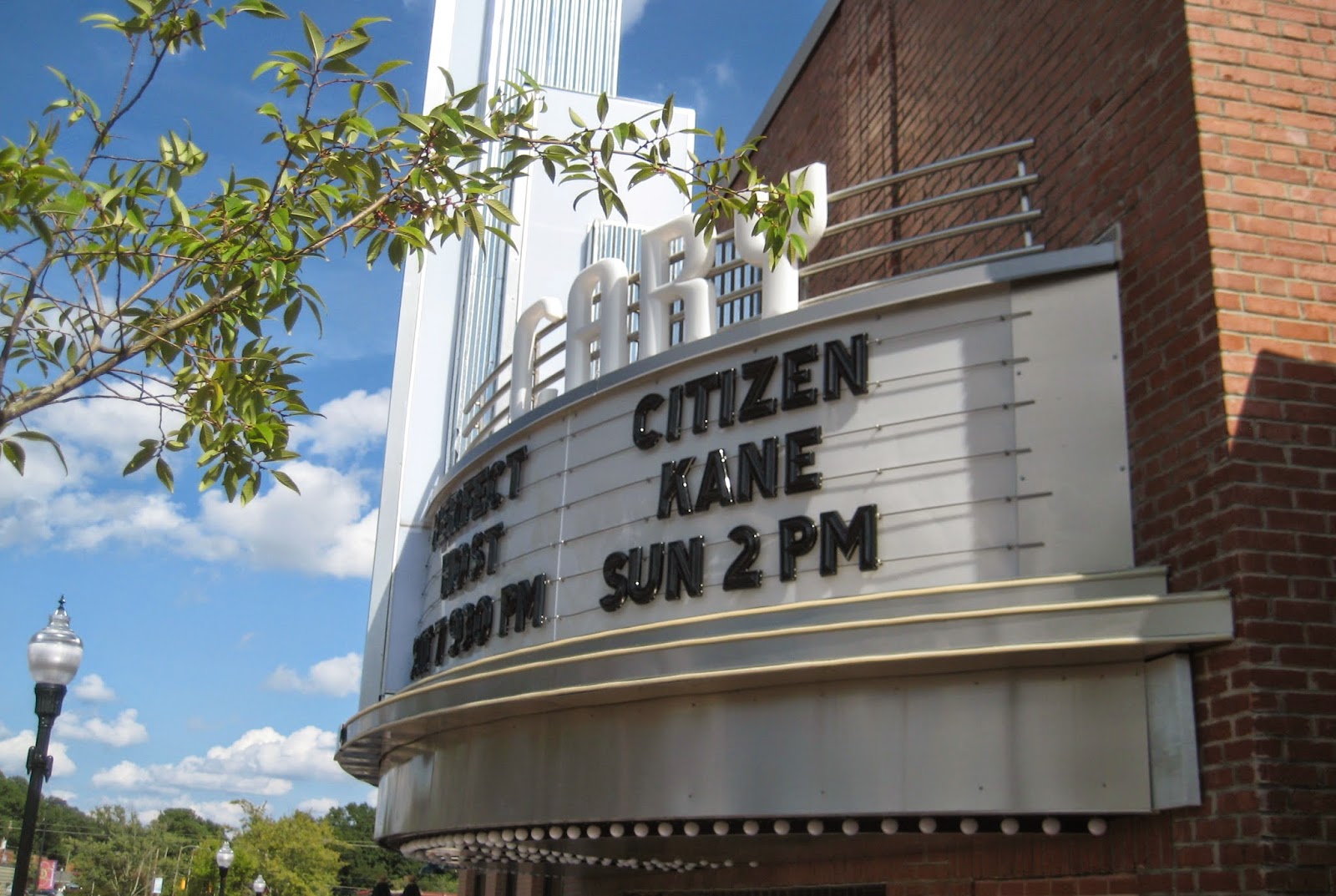 I’ve been meaning to check out the theater since it re-opened earlier this year, especially since I’ve written a bunch of blurbs about their special screenings for the Raleigh N & O (like this one).

I was very impressed. Originally built in 1946, The Cary, which was an auto parts store most recently, has been beautifully renovated into a cozy 180 seat theater with shiny wood finish paneling, modern lighting, and state of the art sound system. The 6 million the town of Cary put into the place sure shows.

Now, I’ve seen CITIZEN KANE many times over the years on screens both big and small – I’m in the camp that considers it one of the greatest movies ever and all that. Unfortunately just like the last time I saw the film, at the Varsity Theater in Chapel Hill several years ago, it was in the wrong aspect ratio.

This isn’t the theater’s fault – from what I gather, the version of KANE that’s available for digital presentation is cropped for the image to fit the entire screen instead of its original “Academy Ratio.”

In the last few weeks, many bitched that the bulk of The Simpsons “every episode” marathon that FXX aired from August 21st to September 1st. was in the wrong aspect ratio but that didn’t really get in the way of my enjoyment of the large chunks of it that I took in.

Same with KANE as I enjoy the film so much, but the film purist inside of me was a bit pissed off.

Anyway, most of the people at the very well attended screening were seniors so I was one of the youngest people there, but not the youngest as I saw a few college aged folks, and maybe a couple of teens.

This was notable because I keep hearing that younger generations dislike KANE, mainly because they feel that it’s been overhyped as “the greatest movie ever.” Joel Frady, a local film critic friend, told me that he thought the film was “boring!” and I heard the same opinion (the same word with the same exclamation point) expressed by a 20-year old co-worker not long ago. 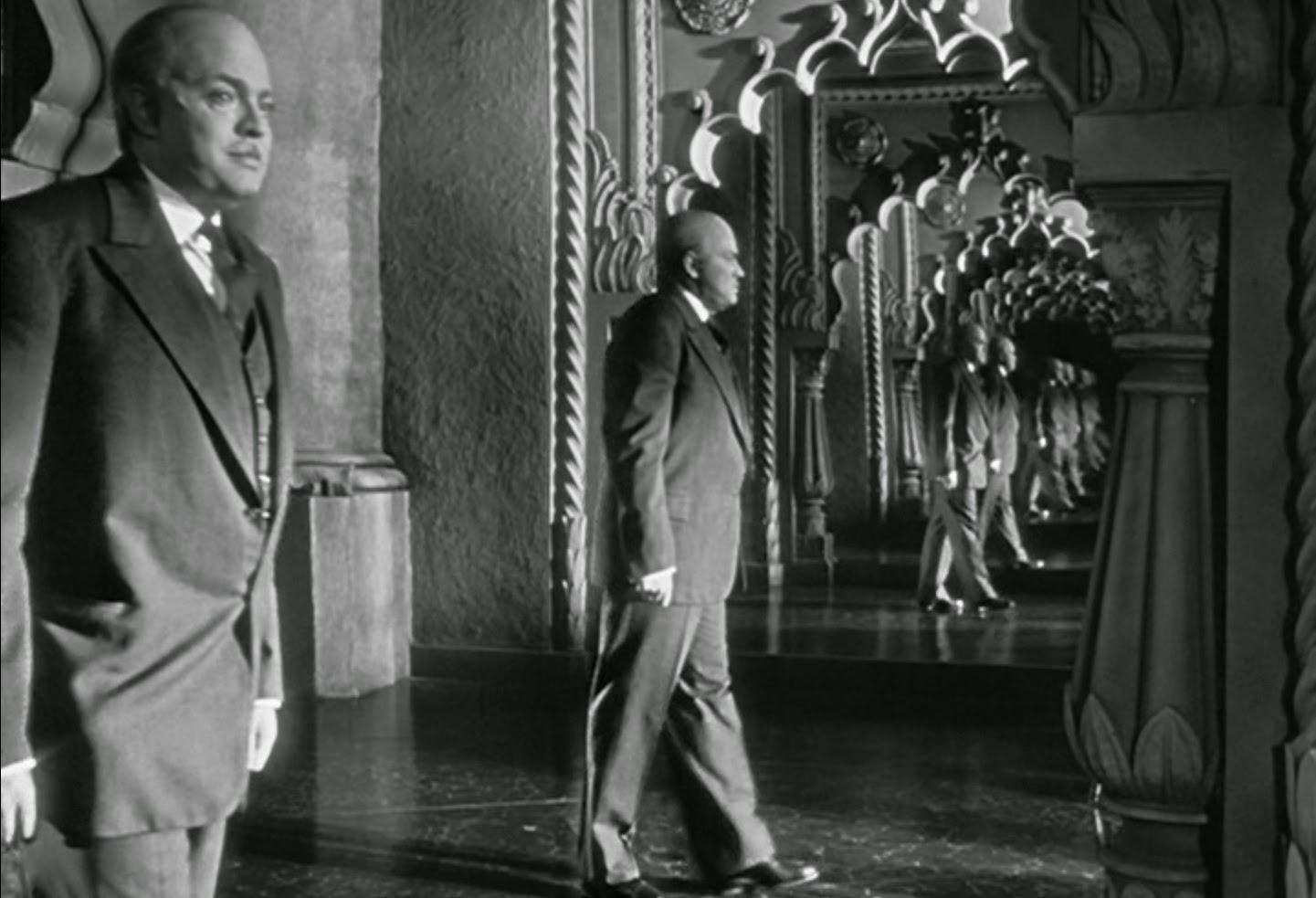 This baffles me because Welles' film, via dazzling visual techniques, sharp acting (by Welles and his Mercury Theater Players), and delicious dialogue, (written by Welles with Herman J. Mankiewicz who won a Best Screenplay Oscar) so swiftly tells its intriguing tall tale that I can’t understand how someone could be bored by it. Where in the midst of this rich vivid masterpiece is there time to yawn?

“Calling something ‘boring’ or ‘dull’ has to be among the weakest, laziest criticisms. This is especially true when used to argue that something is overrated. Writing, ‘A lot of people claim Citizen Kane or The Miseducation of Lauryn Hall are great, well guess what: they’re actually boring’ says nothing about the art they’re ostensibly supposed to critique and a lot about the writer’s need to pass their own subjective judgements off as bold universal truths people are afraid to embrace.”

Amen. But there are dissenters who when they elaborate can make some valid points. I just haven’t heard any lately about KANE that didn’t seem like reactionary “I don’t see what all the fuss is about” blather.

If you have a anti-KANE stance though, let me hear about it in the comments section below. Just remember this Marc Maron quote before posting:

“If you find yourself dismissing universally acclaimed landmark achievements, saying, for example, ‘The Godfather is an okay movie,’ you might be bitter.”