The Best Of The Goodbyes To Blockbuster 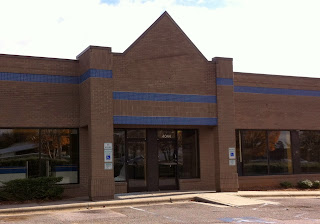 Truth be told, the empty Blockbuster above closed way before the recent announcement that the company was closing every last store. I drive past it a lot since it's near the vet my wife and I take our cats to, but it's telling that I never stepped inside it when it was open.

Although I have a lot of video store experience, I never worked at a Blockbuster. I worked at several North Carolina competitors - Video Review, North America Video, Action Video, and finally VisArt Video (a few of these are still in business) - which were often the stores that people would go to when they couldn't find what they wanted at Blockbuster. None of these places had much of a dress code, so I was happy I never had to wear the khaki pants and blue Oxford shirt Blockbuster employees had to wear, but I do remember being envious at how clean their stores were.

Anyway, a bunch of folks online (and on TV) have been saying goodbye to the chain, so I thought I'd share some of what I think are the best of the obits. 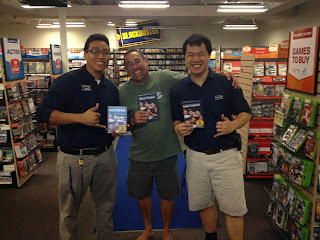 Seth Rogen, the star, co-writer and co-director of the last film rented, THIS IS THE END, saw this post and tweeted:

Nathan Rabin, formerly of the A.V. Club, was once a Blockbuster employee himself, and he wrote this  heartfelt farewell for dissolve.com:

Last weekend, Saturday Night Live jumped into the saying goodbye to Blockbuster game with a digital short featuring Bobby Moynihan, Taran Killam, Beck Bennett, and Michael Patrick O'Brien as Blockbuster employees who find it hard to cope when learning that the store is done. Host and musical guest Lady Gaga cameos in the clip as some kind of queen of VHS/DVD rentals that the guys hallucinate in their desperate stupor. Check it out:


Over at rogerebert.com, Matt Zoller Seitz put together a collection of tweets in which folks wrote lyrics (sometimes full songs) in the style of Bruce Springsteen about Blockbuster's demise:

“They Closed Down The Video Store In Philly Last Night: Laments For Blockbuster In The Style Of Bruce Springsteen”

It's funny, and actually touching stuff, including a choice submission by a friend of Film Babble Blog, William Fonvielle, of Filmvielle.

Another friend pointed out this piece by Alex Pappademas at grantland.com:

“What We'll Lose When We Lose Blockbuster”

So farewell Blockbuster, I'll salute you every time I drive by your abandoned store on Capital Boulevard here in Raleigh, even after they open something else there. Now I'm gonna go watch something on Netflix Instant.