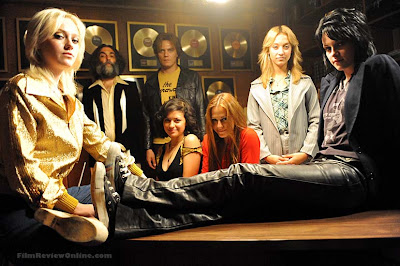 "Jail-fuckin'-bait! Jack-fuckin'-pot!!" - Kim Fowley as played by Michael Shannon. Not exactly. When this film came out last spring it cherry bombed at the box office. This absolutely by-the-numbers music biopic only comes alive when Michael Shannon is onscreen.

As infamous record producer Kim Fowley, Shannon steals the film away from Kristen Stewart who does a convincing Joan Jett and an all angsty Dakota Fanning as Cherie Currie. Despite the title Stewart and Fanning are the only members of the legendary '70s all girl punk band that the film chooses to focus on - you can count the lines Scout Taylor-Compton as Lita Ford has on one hand and Alia Shawkat (Arrested Development) as Robin the bassist barely registers. Ditto Stella Maeve as drummer Sandy West.

West died in 2006, but you wouldn't know that from the film's ending wrap up of only Jett, Currie, and Fowley's fates. Still it's fast paced and filled with a lot of great music. In the mix of the Runaways greatest hits you get David Bowie, Iggy Pop, Sex Pistols, and weirdly Don McLean blaring throughout the movie. It will most likely be remembered for being the movie that Kristen Stewart and Dakota Fanning made out in, but if that's what your looking for, those scenes are blurry in a manner mistaken for artsy, and there's little emotional conviction to make anyone care.

Overall THE RUNAWAYS resembles the VH1 produced rock biopics that dramatized Behind The Music episodes and rerun constantly on VH1 Classic. That undoubtedly will be where this ends up.

ENTRE NOS (Dirs. Gloria La Morte & Paola Mendoza, 2009)
This Spanish drama, produced and distributed by IndiePix Films, was one that didn't visit Triangle area theaters, but is now out on DVD and available for streaming on Netflix Instant. Paola Mendoza plays a Colombian immigrant who in the opening scenes is left by her husband (Andres Munar) to fend for herself and her 2 children in New York City.

All she seems to have going for her is that she can make great empanadas, but she can't seem to sell those on the street corners so she takes up aluminum can recycling. It's a tale of struggle and hardhip loosely based on a true story that has several incredibly moving scenes. The strength of Mendoza's performance creates much empathy for the severe situations she faces. Sebastian Villada Lopez and Laura Montana Cortez as Mendoza's children also register highly. Though some of the suffering may discomfort some folks, this is definitely worth a rental. 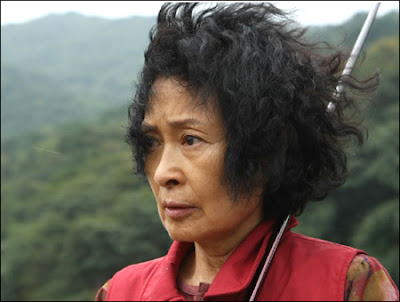 MOTHER (Dir. Bong Joon-ho, 2009) This gritty yet crisp looking thriller from South Korean writer/director Joon-ho only came as close as Cary to the Galaxy theater last spring. When she believes that her slow daft son (Won Bin) is innocent of a murder he's accused of, Kim Hye-ja investigates the crime on her own.

The murder is of a school girl (Moon Hee-ra) who as the rumors say was very promiscuous and has a cell phone full of pictures of possible suspects. Hye-ja fiercely fights through the elements and, of course, gets more trouble than she bargained for. “Mother” is immensely entertaining with true feeling for its characters, particularly the admirable lead. It also looks beautiful on Blu ray. 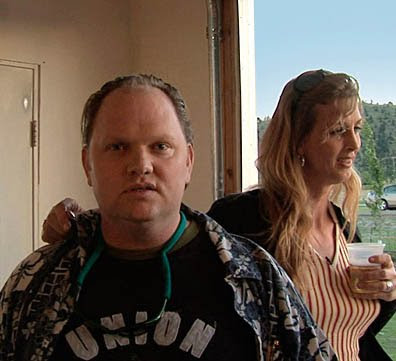 PRODIGAL SONS (Dir. Kimberly Reed, 2010) Another film that didn't play in the Triangle - a documentary about and by transsexual film maker Kimberly Reed (formerly Paul Reed) who returns home to Montana to face family and friends. Adopted brother Marc, who has brain damage from a car accident, is a big obstacle as he's never accepted his sibling's sex change.

"I just wanted us to be able to move on, but before I knew it, we ended up exactly like we used to be." Reed says on her more than abundant narration. For the first 20 minutes or so it feels like a typical fish out of water/culture clash but when Marc finds out that his grand parents are none other than Orson Welles and Rita Hayworth things get considerably more interesting.

The take away amounts to more than that as we see Kimberly deal head on with his/her past rerunning old football footage and facing old photographs. Marc meanwhile has some scary outbursts which results in jail time. Film of Welles, mostly from his last film F FOR FAKE decorates the second half of the film in morbid tribute. A worthwhile yet disconcerting doc - PRODIGAL SONS is available on DVD and streaming from Netflix Instant. 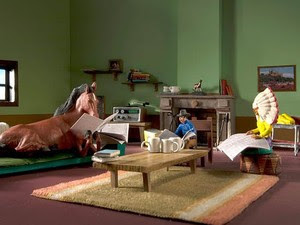 A TOWN CALLED PANIC (Dirs. Stéphane Aubier & Vincent Patar) This French stop motion animation movie only played for a week at the Colony Theater in North Raleigh last spring which is a shame because it’s a fun absurd romp that deserves bigger audiences. Little plastic figurines, simply named for what they are – “Cowboy”, “Indian”, and “Horse” are the protagonists of this beyond silly plot involving 50 million bricks, thieving blue pointy headed fish folks, and a gigantic penguin robot.

As ridiculous animated features go it's way better than DESPICABLE ME.

PANIC has more than enough laughs and ideas in it to be worth and hour and 15 minutes of your time so see what too many people missed last spring theatrically as its now on DVD and also available streaming on Netflix Instant.

A great, eclectic collection of reviews here, and now I really want to see something with pointy headed fish and mechanical penguins!

Another great posting - and in recognition of such, may I please present you with this award:

Keep up the great work!

Nice reviews of an interesting mix of films. I still need to see The Runaways. I really like Kristen Stewart.