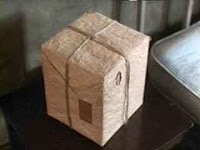 It's film babble blog's 80th post! So I thought instead of the regular movie review babble I'd indulge in a sideline love of mine: MOVIE & TV MIND TEASERS! Here's the major unanswered questions in the realm of modern pop-culture in a quick 'n easy pop-quiz format:

1. What was in the briefcase in PULP FICTION? 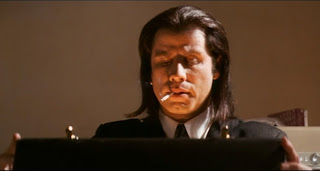 2. What was in the package that Charlie Meadows (John Goodman) leaves in the care of Barton (John Turturro) in BARTON FINK?

3. What state is Springfield in on The Simpsons? 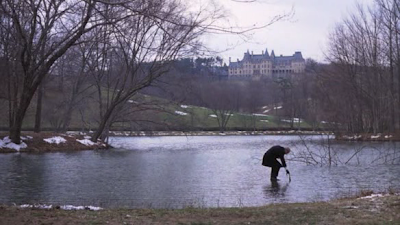 4. Why (or how) is Chance the Gardener (Peter Sellers) able to walk on water at the end of BEING THERE?

5. How (or why) did Groundhog Day keep repeating to Phil Connors (Bill Murray) in GROUNDHOG DAY?

6. What is the one thing that 13 CONVERSATIONS ABOUT ONE THING is about?

7. Did Mookie (Spike Lee) do the right thing in DO THE RIGHT THING? 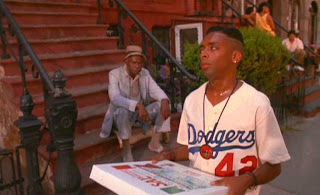 8. When the Fonz (Henry Winkler) moved in over the Cunningham's garage on Happy Days, did he actually pay rent?

9. How on bloody Earth did those images get on that damn videotape in any version of THE RING?

10. Who killed chauffeur Owen Taylor (Dan Wallace) in THE BIG SLEEP? (Man, if you can answer this...)

EXTRA CREDIT: Who put the monolith on earth during the apes BC segment and on the moon in 2001 in 2001: A SPACE ODYSSEY? God or Aliens? - Discuss.

EXTRA EXTRA CREDIT: Why in Christ's name did Rose (Gloria Stuart) throw the extremely valuable necklace with the diamond into the ocean in TITANIC?!!? I mean it could have helped out her struggling artist daughter and funded further research on the damn boat sinking bullshit - for Christ's sake! Someone please explain it to me!!!!

Send your answers to: filmbabbleblog@gmail.com