The Top 50 Sequels That Should Have Never Been Made 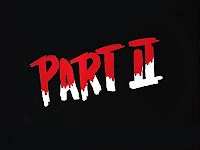 Making this list made me realize how much of my life was wasted watching:

THE TOP 50 SEQUELS THAT SHOULD HAVE NEVER BEEN MADE

There was a Simpsons episode where Bart was trapped in a room with multiple doors labeled with roman numerals. At first he wasn't able to read them as numbers but suddenly his knowledge of Rocky films kicked in and he was able to identify the numerals correctly, and pick the right door in which to make his exit.

That might be the only practical purpose for most movie sequels.

I mean sure there's a few good to excellent sequels - GODFATHER PART II comes immediately to mind. I mean that one even won the best picture Academy Award!

But for every good sequel like say THE EMPIRE STRIKES BACK or SUPERMAN II there are literally hundreds of awful unnecessary money-grubbing retreads.

Here's the cream of the crap: 100 bad sequels, well actually more than that considering I use one entry for multiple movies out of or including a whole series at times.

Lastly many would argue that in some cases the original movie shouldn't have been made either but that's a whole 'nuther list! Read them and weep. 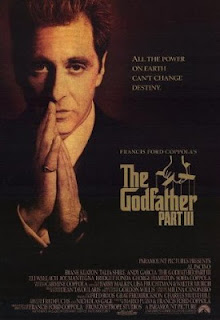 PART II pretty much summed it up didn't it? PART III is a unnecessary and pointless sequel, but considering at one point in the '80s Stallone came close to fronting an entry in the GODFATHER series it could have been a lot worse.

Many blame Sophia Coppola's acting or lack of acting but in my book the project was doomed the second Robert Duvall passed. They replaced him with George Hamilton. George Hamilton for Christ's sake!

3. THE TWO JAKES (the Jack Nicholson-directed sequel to CHINATOWN)

4. MORE AMERICAN GRAFFITI: The post-script to the original movie said what the fates of the characters were - so why do we need this unfunny, stiff, and visually bombastic mess? I can't think of a reason.

6. BLUES BROTHERS 2000: Or course if you're reading this list you know that sequels mostly always suck but if one of the major players from the first film is dead they are destined for the Hall of Suck. Aykroyd's misguided attempt to revive the Blues Brothers' film career replacing the great John Belushi with John Goodman is a embarrassment and almost as much of an insult to Belushi's legacy as Bob Woodward's tawdry bio Wired.

7. BACK TO THE FUTURE PART II (III wasn't great either)

8. AIRPLANE 2: THE SEQUEL: Probably one of the worst offenders of the re-treading of the entire first film with no shame. In the commentary for the AIRPLANE! DVD the Zucker brothers and Jim Abrahams stress that they had nothing to do with the sequel and that to this day neither of them has seen it. Good decision. Wish I had made it too. 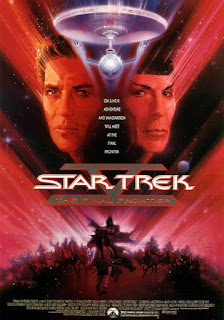 10. STAR TREK V: THE FINAL FRONTIER (You know, the one that Shatner directed)

17. ROBOCOP 2 (never saw any of the others after this)

23. SCARY MOVIE 2 The poster campaign for the original Scary Movie said "No shame, no mercy, no sequel." For breaking that promise alone, this makes the list. 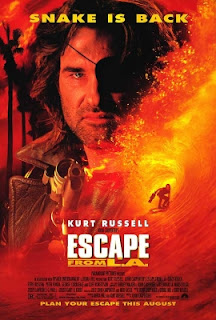 26. THE JEWEL OF THE NILE (ROMANCING THE STONE follow-up)

29. TRAIL OF THE PINK PANTHER (any of the PINK PANTHER movies made after Peter Sellers death could make this list)

32. THE EXORCIST II: THE HERETIC

37. BATTLE FOR PLANET OF THE APES

40. RAMBO III (Man, Stallone is popping up quite a bit on this list!) 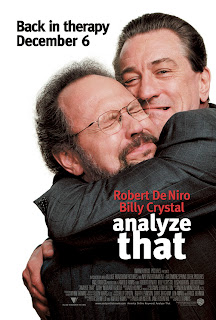 41. ANALYZE THAT (Though part of me wants them to make a third one so that they can call it: GO ANALYZE YOURSELF, ALREADY!)

46. SMOKEY AND THE BANDIT II (The inconsistently titled PART 3 was worse, but nobody was paying attention anymore)

49. POLTERGEIST II: THE OTHER SIDE (Again, I never saw the third one)

Whew! That's quite a list of failed follow-ups. Since scheduled upcoming films include STAR WARS: EPISODE III, THE RING 2, a new PINK PANTHER movie, as well as a bunch of sure to be sucky sequels, I'm sure this will be a much lengthier list in the future.