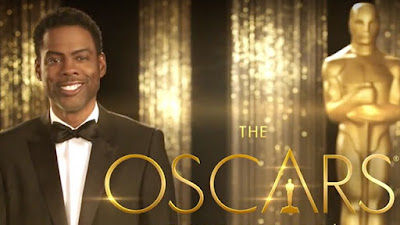 I know some folks are boycotting The 88th Academy Awards Ceremony, which is broadcasting this Sunday, February 28th, because of the #oscarsowhite thing, but I bet most of those people will still watch Chris Rock’s opening monologue (at least a clip of it the next day). I’m anxious myself to see what the guy has to say about the lack of diversity controversy, as you just know he’s going to kill on the subject.

As for the rest, this year's Oscars appears to be harder to predict than most years as THE REVENANT and SPOTLIGHT seem to be head to head, with THE BIG SHORT being a possible upset. I’ve even seen some folks predicting ROOM but that’s even a wilder card. It so seems to be Leonardo DiCaprio's (and his film's) year and I'm cool with that, and MAD MAX: FURY ROAD looks to sweep the technical awards, but, as always, here's hoping for some surprises. 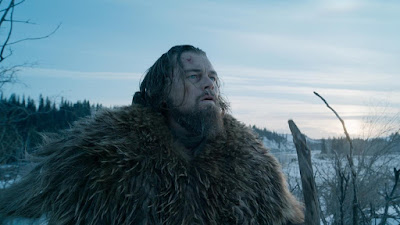 3. BEST ACTOR: Leonardo DiCaprio. It will truly be a shocker if he doesn't get the gold this year.

8. CINEMATOGRAPHY: Emmanuel Lubezki for THE REVENANT

9. COSTUME DESIGN: Sandy Powell for CINDERELLA. Powell is also up for CAROL, which may have the edge.

16. ORIGINAL SONG: “Til It Happens to You” from THE HUNTING GROUND

17. ANIMATED SHORT: Most critics are predicting Pixar's SANJAY'S SUPER TEAM, and I won't be surprised if that wins, but I'm gonna go with THE WORLD OF TOMORROW, which has a lot more food for the thought than all of the other shorts.

23. ANIMATED FEATURE FILM: INSIDE OUT