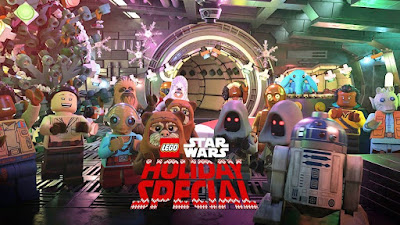 Since Disney started its massive reboot of the STAR WARS series in 2015, there has seemingly been an agenda to fix the mistakes from the early films that have plagued fans for decades. So like ROGUE ONE explains how the flaw in the Death Star was put there on purpose by an Empire-hating engineer, and RISE OF SKYWALKER features Chewbacca finally getting his medal, we now have the redemption of arguably the most maligned, and embarrassing segment of the entire franchise: The Star Wars Holiday Special.

The CBS program, which aired on this date in 1978, brought together nearly all of the stars of the 1977 sci-fi smash, introduced new characters in the form of Chewbacca’s family, and the premise of celebrating “Life Day,” but reduced the proceedings into a icky ‘70s variety showcase complete with comedy stars such as Bea Arthur, and Harvey Korman, and a musical appearance by Jefferson Starship. 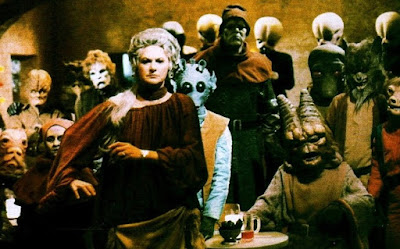 The ultra cringe and vomit-inducing fiasco, which also included a coked-up Carrie Fisher singing a Life Day carol, was hated by STAR WARS creator George Lucas, and has never been officially released on any home video format (it’s easily findable on YouTube though).

Today, the 41st anniversary of the release of the original, The LEGO Star Wars Holiday Special releases on Disney +, and it’s a much more enjoyable experience – largely because it leaves the cheesy variety show trappings behind and finds its comedy in winking satirical jabs at the saga.

The story involves the newer additions to the series ensemble, Rey, Finn, Poe Dameron, and Rose Tico (voiced by Helen Sadler, Omar Miller, Jake Gree, and Kelly Marie Tran) getting ready for a Life Day party which will be visited by Chewbacca’s family – Itchy, Malla, and Lumpy – another nod to the ’78 special. But to the dismay of her friends, Rey decides to leave the proceedings in order to become a Jedi master who can better train Finn.

Rey journeys to an ice planet (must be a lot of them in their galaxy) and finds an ancient key (looks like a piece of krypton shaped like a Christmas tree) that can transport her and BB-8, who I forgot to mention until now, across time and space. So Rey can jump through time holes and observe scenes from previous episodes like Yoda training Luke, Ben Kenobi training and later fighting Anakin, Luke’s attack on the Death Star, and the battle with the AT-AT Walkers (the last two are really cool looking recreations). There’s also a cameo by Baby Yoda* from the The Mandalorian because, of course, there would have to be.

There are cameos abound from just about every STAR WARS character you can think of, but very few are voiced by the original actors. Billy Dee Williams (Lando Calrissian), Anthony Daniels (3-CPO), and Kelly Marie Trans (Rose), are the only actors who reprise their roles. That may be the only thing the ’78 special has above this update, but, except for Matthew Wood standing in for Adam Driver, the rest of the voice cast is pretty convincing especially Matt Lanter’s Luke. Jeesh, Mark Hamill can do an UberEats commercial, but not show up for this?

The LEGO Star Wars Holiday Special is a fun, fast paced 47 minutes that STAR WARS fans will eat up, and then immediately want to help themselves to seconds. It contains a lot of very funny fan service satire with its gags about the series’ plot points and aesthetics. For some reason, the running joke about Luke taking occasional swigs from a carton of blue milk made me the laugh the most. 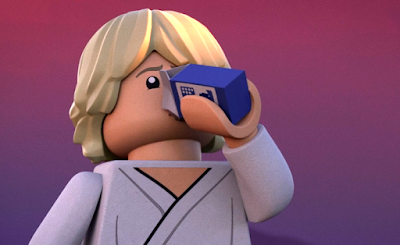 I doubt either Star Wars Holiday Special will be ever be considered canon, but this new LEGO one will at least be thought of a lot more fondly. Life Day and Chewbacca’s family may not exist anywhere else in the saga, but now their existence doesn’t feel as shameful. Consider those wrongs righted, I will.
* I know, I know - that's not really his name, but what else do we call him?