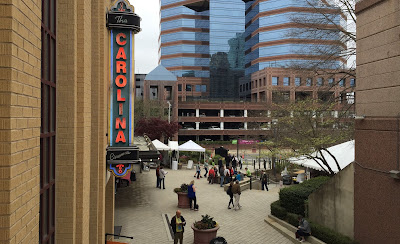 The fourth and final day at this year’s Full Frame may have been my favorite. That’s largely because of the Closing Night film, but I’ll get to that below. Here’s some takes on the films leading up to that. 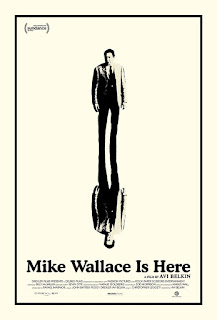 Avi Belkins’ MIKE WALLACE IS HERE started off my day. It’s yet another biodoc (not that I’m complaining – I love biodocs) of a famous figure told through the testimonials of family, friends, and admirers, and a large supply of footage, video, and photos. This time, legendary broadcaster Mike Wallace gets the treatment and we are taken through six decades of the man’s work, taking us beyond his best known work as the co-host on 60 Minutes.

I was unaware that Wallace, before he became one of the most feared TV journalists, had been an actor, a game and variety show host, and a commercial spokesman for many products including Parliament Cigarettes, something that came back to haunt him. I also didn’t know about the mid ‘50s late night interview show, Night Beat, which, from the clips shown here, looks like a ginormous influence on every hard-hitting interview shows.

I enjoyed all the bits from the many famous interviews he conducted throughout his career, the most notable being Salvador Dalí, Eleanor Roosevelt, Barbara Streisand, Malcolm X, the Ayatollah Khomeini (!), and the eight U.S. Presidents he interviewed from J.F.K. to Bill Clinton – there’s even a snippet of a piece with a young Donald Trump, who says he’s not going into politics.

I would’ve liked Belkins to have gone deeper into Wallace’s suicidal dark period, touched on THE INSIDER, Michael Mann’s 1999 film about a controversial 60 Minutes segment on a tobacco industry whistleblower (Wallace wasn’t happy with how he was portrayed), and maybe a little something about his son, Fox News Anchor Chris Wallace, who is only mentioned in passing. Nevertheless, it’s a fine primer to the life of a television icon with a lot of choice cuts from his illustrious career. I can’t really say it’s another RBG or WELCOME TO THE NEIGHBORHOOD, but there should still be an audience out there for it.

Following that was Kenny Dalsheimer’s YOU GAVE ME A SONG: THE LIFE AND MUSIC OF ALICE GERRARD, a portrait (yep, another biodoc) of the Durham-based folk singer Alice Gerrard. 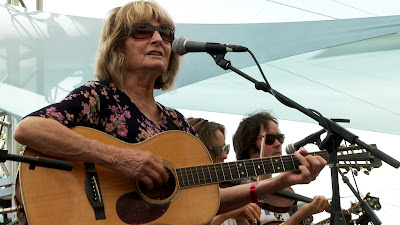 The lovingly crafted film takes us through the multi-instrumentalist’s history and love of traditional music largely through interviews with Gerrard, her family, a score of fellow musicians, and mostly photos as precious little footage exists from her early years.

Gerrard’s marriages to Jeremy Foster and Mike Seeger (both musicians) are explored, but it’s partnership with Hazel Dickens, who performed with her in the Black Creek Buddies, that is focused on the most. The duo battled sexism, and injustice while carrying the folk/country/bluegrass torch forward. In the ‘80s, Gerarrd extolled the values of her musical loves by becoming the editor-in-chief of The Old Time Herald, a magazine devoted to trad tunes.

YOU GAVE ME A SONG is a touching tribute to an extremely talented lady, whose name, and music I’ve heard often but never knew her background. It’s as insightful as it is a toe-tapper, but more importantly it’s a film festival crowd pleaser. Even if you don’t like this kind of music, it’s must see.

Finally, the Closing Night Film that I mentioned above was Alan Elliott and Sydney Pollack’s AMAZING GRACE, about Aretha Franklin’s legendary performance at the New Bethel Baptist Church in Watts, Los Angeles in January 1972. More a straight-up concert film than a probing doc, the movie is even more glorious than I had expected.

Since the film will be released in my area next week, I’ll wait until then to post a review, so I’ll just leave you with the trailer right now. Watch it and I bet you’ll want to see it. If you don’t, I’ll just assume you don’t possess two ears and a heart.


So that’s Full Frame 2019. I had a great time and saw some great docs. Of course, I always do at this Festival – that’s why I have gone every year for over a decade. I’m already looking forward to next year. 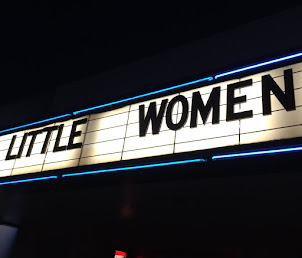