Opening today at an art house near me: 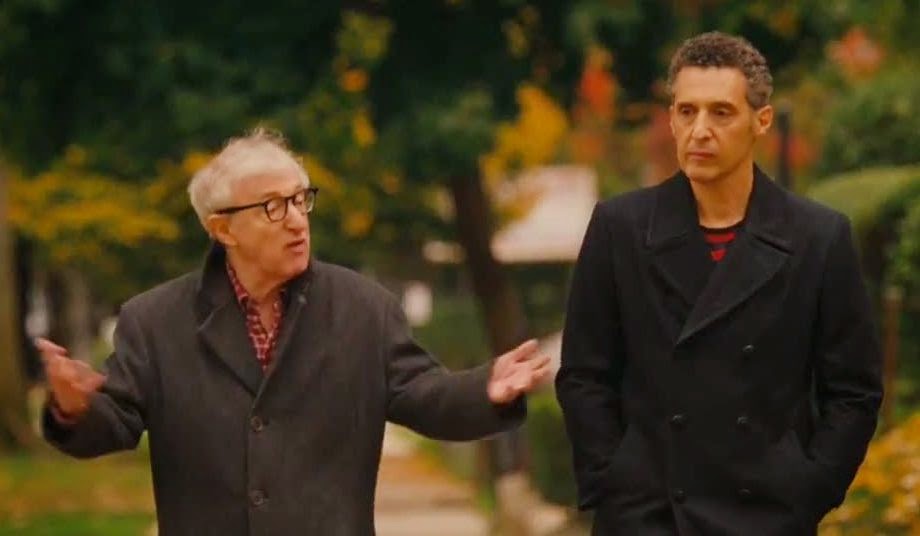 That’s right, Allen, a schlep suitably named Murray, proposes to be Turturro’s pimp for a percentage of his profits, which will come in handy as Allen is forced to close up his quaint shop, and he has a young African American wife (Tonya Pinkins) and several children (3-4, I lost count) at home to feed.

But despite Allen’s dominant wise-cracking presence, the old school-sounding jazz soundtrack, and the familiar New York locales, this is Turturro’s movie, and he puts in an appealing performance as man of few words florist Fioravante. His brand of tall, dark, and handsome works wonders with the radiant Stone, so much so that she has trouble sharing him with Vergara.

Meanwhile, French actress Vanessa Paradis as a grieving widow of a Rabbi, who also has a bunch of kids (6, I think) may just benefit from Turturro’s services, that is, if a stern Leiv Schreiber as a snooping Hassidic neighborhood watchman doesn’t get in the way.

FADING GIGOLO, beautifully shot by cinematographer Marco Pontecorvo, is as measured and confident as Turturro’s character, but it often feels like a rom com that’s short on both rom and com.

There’s definitely some sultry chemistry between Turturro and Stone, as well as Vergara, who it’s nice to see not over-exaggerating her Spanish accent like she’s called upon weekly to do on Modern Family, but when the narrative goes the expected route of having Tuturro fall in love with the unassuming until the last minute Paradis, it’s more of a cutesy convention than it is convincing.

As for this being the first acting appearance of Allen outside of his own films since Alfonso Arau’s 2000 comedy PICKING UP THE PIECES (I don’t remember it either), it’s hardly a role that required any heavy lifting. Allen’s Murray is uninspiringly one of his scheming schlub archetypes that he’s embodied throughout his career from TAKE THE MONEY AND RUN (1969) to SMALL TIME CROOKS (1999).

It could be seen that the amusement of such a character has been partly drained from Allen’s recent turn in the media spotlight when 20-year allegations of molestation resurfaced via statements from former flame Mia Farrow, adopted daughter Dylan, and his only biological child Ronan, but it seems to me and most movie-goers the 78-year old filmmaker is really only regarded as mildly controversial these days. Whether you’re an Allen fan or detractor, nothing in this movie is going to sway you to a different side than the one you come in on.

Turturro, who based the screenplay on his experiences with Judaism growing up in Brooklyn, stretches the premise nearly to the breaking point when Allen is kidnapped by a group of Orthodox Jewish officers and has to face a Haredi tribunal for the offense of corrupting Paradis. This bit is as forced as it is unfunny. Even the welcome presence of Allen’s DECONSTRUCTING HARRY co-star Bob Balaban as his lawyer can’t squeeze a laugh out of the situation.

As charming as some of their exchanges together are, there’s a comical distinction between Turturro and Allen worth noting. Allen is “on,” always desperately going for the joke while Turturro plays it cool, more into the sex scenes to care about whether things are funny or not.

More succinctly put: Allen is the fading one; Turturro is truly the game gigolo. These tasty ingredients may not mix together into a classic comedy, but they're still worth tasting.